Griff Harsh, son of the California gubernatorial candidate, was accused of rape in 2006 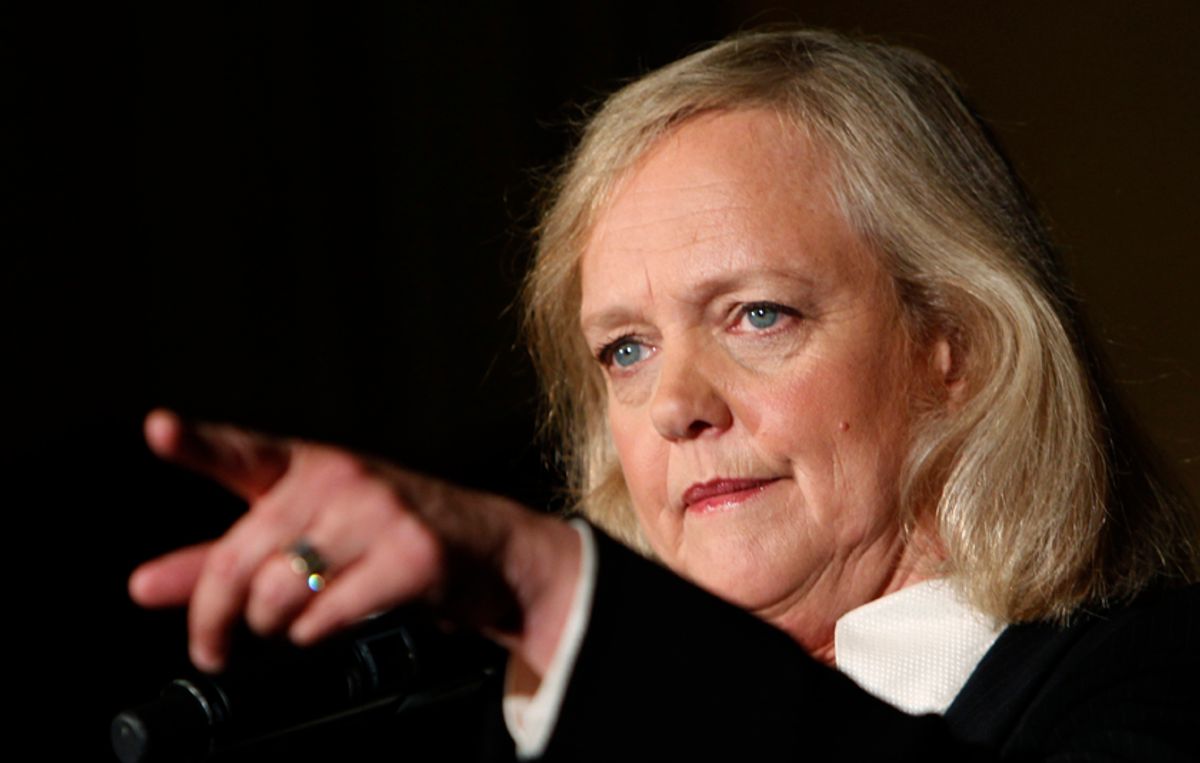 The actions of a candidate's child are relevant to a campaign only to the degree that the candidate leans on his or her record as a parent to sell him or herself to the voters. (Unless the kids are working for the campaign or acting as surrogates, obviously.) California gubernatorial candidate Meg Whitman doesn't even have photos of her adult sons on her campaign website -- although her excuse for never voting was that she was focused, at the time, on being a mother. She's got a reputation as something of a bully, and there's a wealth of evidence that her sons, Griff and Will Harsh, are monstrously entitled. And as Gabriel Winant wrote, the last time news of Griff's misadventures made the news, "the Harsh boys are neither vulnerable nor irrelevant."

So. Gawker revealed today that Whitman's son Griffith Rutherford Harsh V, known to friends as Griff, was accused of rape in 2006 by a Princeton classmate. He claimed it was consensual sex after a night of drinking at undergraduate dining clubs. She awoke the next morning with bruises and a black eye -- and, she claimed, no memory of the night before. Harsh claimed to think she was sober enough to consent, and said the injuries came from an accidental fall. The Princeton disciplinary panel decided it didn't have enough evidence to discipline Harsh, and the woman never pressed criminal charges.

The question is: Would a student whose mother hadn't donated $30 million to the school have had the complaint go away without further incident? And would the woman have pressed charges against a man who wasn't a billionaire? There's no way to know. But Griff was arrested that same year for breaking a woman's ankle in a bar (the charges were eventually dismissed), and Princeton, again, did not discipline him.

The actions of adult children shouldn't be used to cast aspersions on the character of their parents, but the sight of a wealthy young man who keeps getting away with everything puts the lie to a gubernatorial campaign predicated on the idea that wealth and business acumen go hand in hand with American virtues like responsibility and hard work. I don't understand the mindset of the voter who thinks the richest man in town should also be mayor, because I've never found the rich to be any wiser or more virtuous than "career politicians." Meg Whitman isn't responsible for her adult son's actions, but his actions speak volumes about the world she lives in.