"Paranormal Activity 2": Is the thrill ride over? 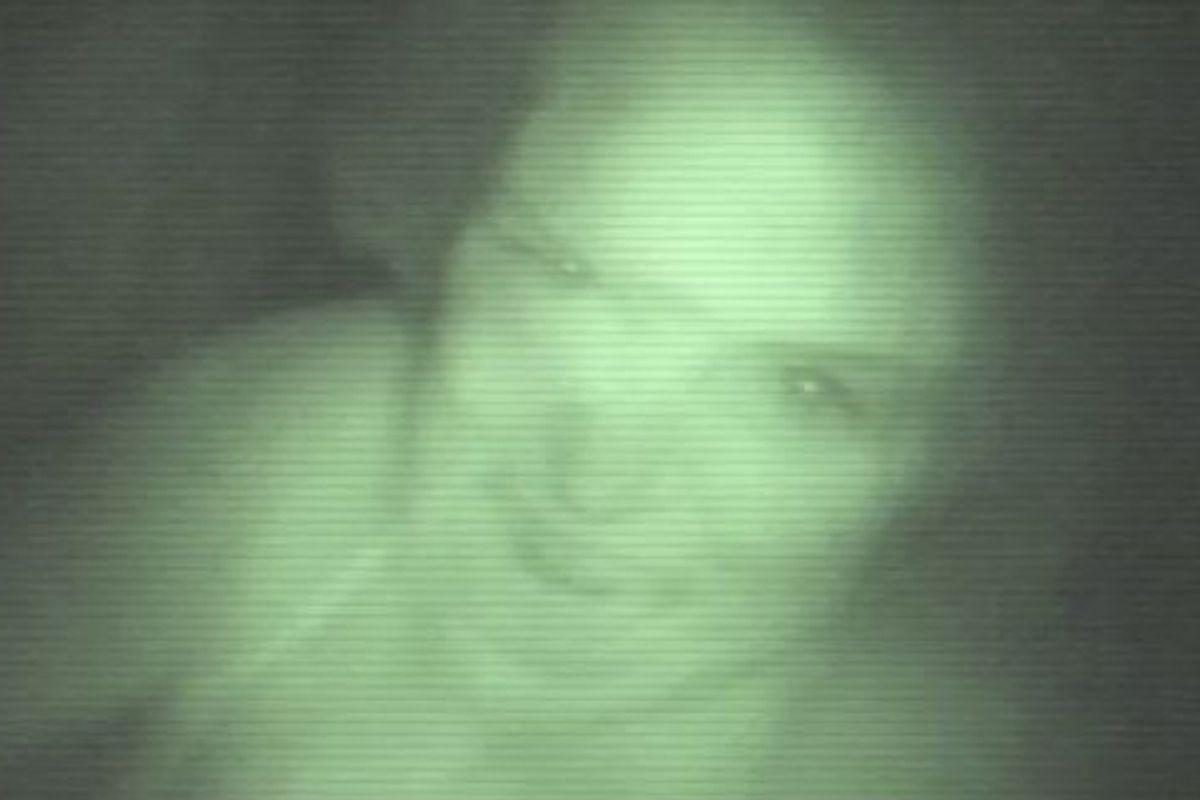 At least half the fun of watching a movie like "Paranormal Activity 2" is the communal experience -- and in this particular case, let's make that seven-eighths of the fun. I was lucky enough to see this ingenious wrap-around sequel with a late-night New York preview audience that trended both young and rowdy, and the results were instructive.

I can report that "Paranormal Activity 2" includes three terrific shrieks (one of them absolute dynamite), half a dozen good laughs and a lot of shaggy-dog, creepy-atmosphere filler that provoked widespread derision. "I'm bored!" shouted one young man about 15 minutes in, and if he was being slightly unfair, he was nonetheless pointing out that the faintly spooky scene in which nothing really happens is in itself a horror-movie cliché. Later, when suburban housewife Kristi (Sprague Grayden) goes to investigate strange scuffling noises for roughly the seventh time, a guy down the row from me snorted, "These people got a mouse in their house -- and they're scared!"

In fact, the youthful and diverse Gotham audience forced me to notice an aspect of "Paranormal Activity 2" that I might not have observed on my own: Part of this franchise's pornographic allure lies in watching its blithe, privileged and supremely mediocre characters being tormented by unseen evil in their immense suburban houses, which are just a little too cookie-cutter to be called McMansions. As Michael Phillips of the Chicago Tribune has noted, one of the problems with the first "Paranormal Activity" was that its feuding central couple, played by Katie Featherston and Micah Sloat, were so unappetizing it was tough not to root for the demon.

Featherston and Sloat both return in "Paranormal Activity 2," and those who saw the first film might well wonder how that trick was managed. As I suggested earlier, director Tod Williams and writer Michael R. Perry (both new to the franchise) have come up with a clever way to fold their story around the edges of Oren Peli's no-budget camcorder smash from last year. The main characters here are gamine mom Kristi and her generic beefbot husband (Brian Boland), whose infant son Hunter has apparently attracted the interest of a furniture-throwing, pot-clanging, door-slamming entity who isn't entirely friendly. (This movie features the first demonic swimming-pool vacuum in movie history, a nifty blend of comic and creepy.)

All this begins about two months before the events in "Paranormal Activity," and we eventually realize that Kristi is the sister of Katie, the demon-haunted wife in Peli's film, who at this point is nothing more than a bemused onlooker. Of course the ominous connection between them will ultimately be explained, and indeed "Paranormal Activity 2" suffers from the excessive expository blah-blah that's so common in horror-movie sequels. It concludes, needless to say, with just enough ambiguity and people left alive to make room for "Paranormal Activity 3," possibly an NC-17 intergenerational road movie directed by Larry Clark. (Come back after you've seen the film and tell me if that joke is any good.)

Since Williams sticks to the premise that we're watching a collection of found footage, both from the household surveillance cameras and hand-held camcorders, we get scenes in which Kristi's teenage stepdaughter (Molly Ephraim) films herself Googling useful information about hauntings and demons and ancient Gypsy curses. Gripping cinema! Of course, applying the so-called standards of film criticism isn't especially helpful; I'm not the first to observe that movies like this have more in common with theme-park rides, video games or "Jersey Shore" than they do with "The Seventh Seal" or "Sleepless in Seattle."

I'm not sure that "Paranormal Activity 2" is measurably stupider than its predecessor, and it introduces some interesting twists, such as staging scare-scenes smack in the middle of a sun-dappled California afternoon. But it's simultaneously a lot more expensive and a lot cheaper. Williams knows he has to amp up the gore-free thrills and chills of Peli's original, and does so by repeatedly putting a little kid and a lovable German shepherd in peril, which is a good measurement of how little he or we or anybody else cares about the dumbass adults in this movie.

I'm also going to resist the widespread critical tendency to praise teenage audiences for preferring a more "psychological" movie like this to splatter-fests like the "Saw" franchise. Novelty will always draw a crowd when it's genuinely new, and the POV consumer-video horror film hasn't quite run out of juice (though after this franchise and the "[REC]" films and "Cloverfield" and "The Last Exorcism" and whatever the hell else, it's definitely running on fumes). More importantly, I don't think a cultural work is automatically better, or better for you, because it depicts no violence, and it's condescending to imagine that watching slasher movies damages the souls of 21st century teenagers.

Last of all, while the kids at my "Paranormal Activity 2" screening seemed to have a middling-good time, and shrieked and laughed in most of the right places, a bunch of them booed lustily at the final blackout (which is indeed idiotic). They recognized, I'm guessing, that the ride was fun while it lasted, but now it's over, and empty popcorn bags are blowing across the deserted midway.