The Year in Sanity: Ron Artest 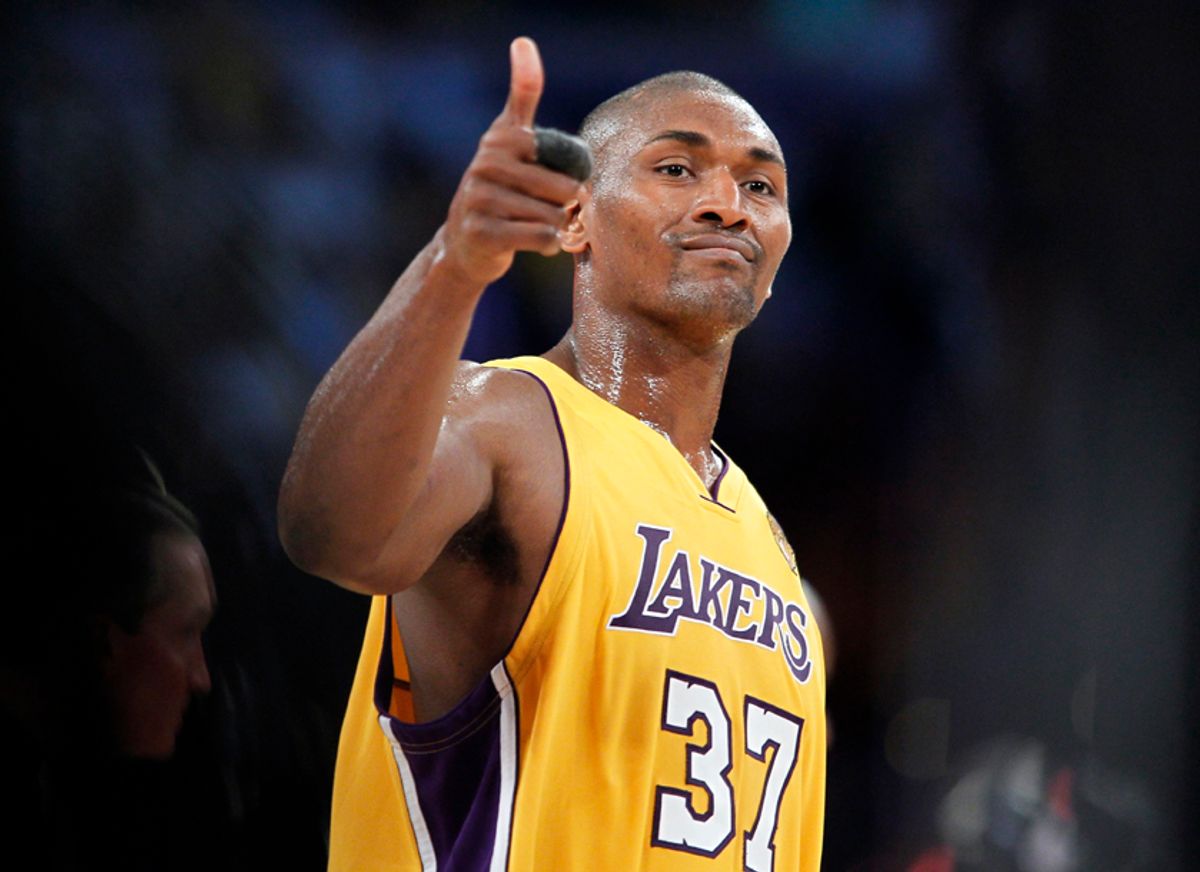 Ron Artest may seem like an odd choice for a series about sanity. After all, "sane" is just about the last word many would use to describe the Los Angeles Lakers forward whose career has been marred by controversy after self-imposed controversy. From brawling with fans to boozing at halftime to requesting time off to pursue a rap career, Artest has long established himself as one of basketball's more bizarre figures.

So, it was perfectly in line with his oddball persona when, moments after the Lakers secured their second consecutive championship in June, Artest thanked his psychiatrist for helping him to calm down. Few people saw significance in the remark apart from its obvious viral potential.

But in the months that followed, it became clear that this was not another instance of the forward providing amusing YouTube fodder. Artest's comments were made in earnest; therapy had allowed him to confront lifelong issues, and the newly-anointed champion had decided to battle the stigma of mental illness among inner-city youths -- a stigma that had long prevented him from seeking the help he needed.

Artest has teamed up with Rep. Grace F. Napolitano to promote the Mental Health in Schools Act and plans to auction off his only championship ring to raise money and awareness for the cause. As Artest recently told middle school students in East L.A., "When you think about mental health, you don't have to be afraid."

Ron Artest's decision to advocate for mental health speaks to the power of redemption. Six years ago, Artest was considered the NBA's resident thug, a talent few teams considered worth the risk. But he has turned it all around. Today, he is fighting to help people who are struggling the way he did for so long. Yes, it's crazy, but Ron Artest is finally sane.