This week in crazy: Ginni Thomas 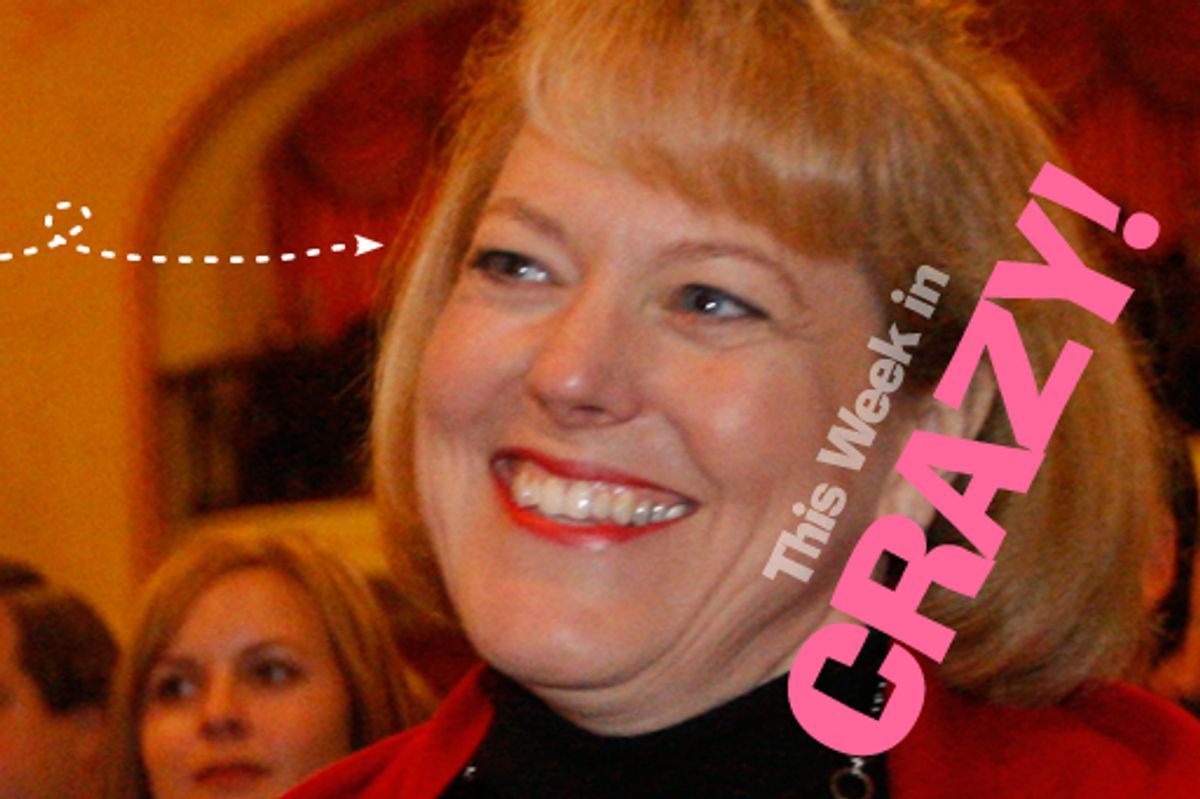 So went Virginia "Ginni" Thomas's message (delivered, according to Jane Mayer, "in a singsong voice") for Anita Hill, the woman who accused Thomas' husband, Supreme Court Justice Clarence, of sexual harassment 19 years ago. The voice mail was left on Hill's office phone, at 7:30 a.m. on a Saturday, suggesting ... well, what, exactly? What did any of this mean? Why would Ginni Thomas even do this? What drives a woman to reopen an ancient public wound via weekend voice mail on a work phone?

Or, you know, maybe she's crazy. Most people seem to be going with crazy.

Mary Elizabeth Williams suggested that the time had now come for Rodney King to finally apologize to the LAPD, and for Monica Lewinsky to apologize to Linda Tripp.

Vanity Fair's Juli Weiner ranks the worst voice mails of our time and finds that Ginni's early-morning surprise does not hold a candle to the works of Alec Baldwin or Mel Gibson.

Andy Borowitz offered this advice for people dealing with an unexpected phone call from Ginni Thomas:

When she says, "This is Virginia Thomas," reply, "No, this is Virginia Thomas. Who's calling? Wait a minute — is that you, Anita Hill?" When she denies being Anita Hill (and she will), say, "There you go again, with your infernal lies. This is like Clarence's confirmation hearings all over again. You disgust me, Anita Hill." With any luck, accusing her of being Anita Hill will disorient her long enough for you to summon help.

Slate's Tom Scocca offered his own voice mail for Ginni to listen to:

Pray about this, and your desire to make a public spectacle of it again, and about the bitterness and anger you share with your husband. And ask yourself, about this and so many other things: if so many people consistently refuse to see the world your way — on matters of justice and policy and politics and history and fact — is it because they are selfish and perverse and willfully ignorant? Or might it be because they are right and you are wrong? OK, have a good day.

If, as some people suggest, Ginni Thomas hoped to put this dark incident behind her, she failed. A whole new generation had not been introduced to her husband through the words of Hill and the various other women who've since come forward to confirm Hill's version of those long-ago events.

All those women, by the way, should begin screening their calls. Especially early Saturday mornings. That, apparently, is Ginni time.