A new ad attempts to capitalize on fears of a Chinese takeover. What's really frightening is that it works 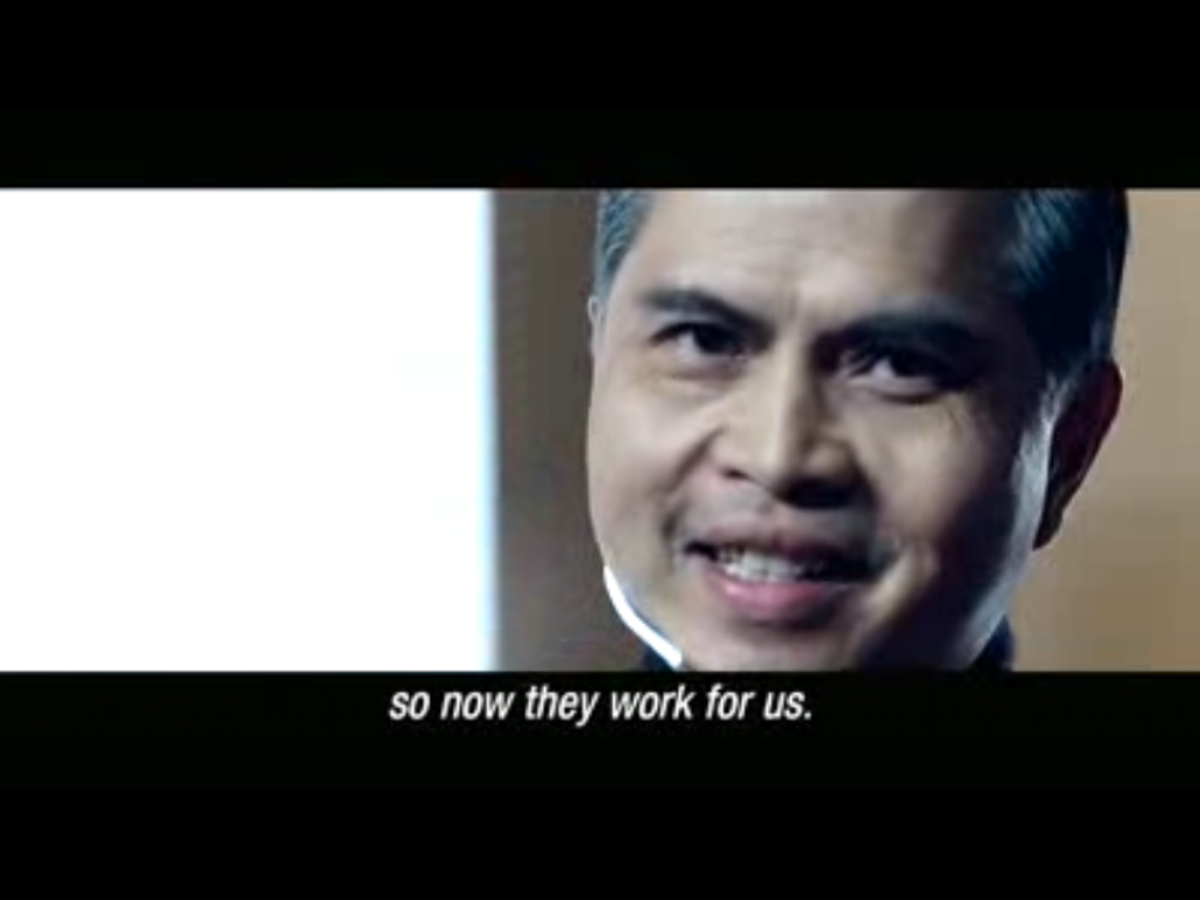 This cinematic wake-up blast from the future, funded by "Citizens Against Government Waste," has been the subject of gusts of opinion-mongering. Over at the Atlantic, James Fallows calls the commercial "phenomenal" and gushes that "As a work of persuasion and motivation, this commands admiration for its technique. (I’m being serious.)"

Politco’s Ben Smith describes it as "Striking" and also notes that it was produced by Larry McCarthy, whose oeuvre includes the notorious "Willie Horton" commercial. And here at Salon, Alex Pareene takes issue with the facts, noting that "…this professor isn’t even bothering to deliver a coherent, fact-based account of what should be very recent history."

But other than celebrating its effectiveness or condemning its inaccuracies -- as well as its racism -- there hasn’t been much, if any, analysis about precisely why this commercial has struck a chord that’s vibrating like an out-of-control metronome (perhaps one made by Toyota.)

This commercial taps into the principles of neuromarketing -- that if you can ignite existing brain circuitry, you can persuade more effectively. As Drew Westen, who wrote "The Political Brain" aptly puts it:

Electoral success is about shaping and activating voters’ networks of association -- bundles of thoughts, feelings, sounds, and images that become linked in the brain. Political campaigns are about activating and shaping networks through stories and images.

So here are the five existing neural networks that this commercial ignites with coruscating biological fireworks:

1. The Chinese have patience

When Zhou Enlai was asked what he thought about the French Revolution, he responded, "It’s too soon to say." That the Chinese have a long-term view of history, and that they practice those beliefs, is a cultural stereotype that has burrowed deep into the American consciousness. It’s the result of movies, TV, shows, high-school history, and Chinese proverbs like "Patience is power; with time and patience, the mulberry leaf becomes a silk gown."

So when the Chinese professor puts the decline of America into the historical context of the decline of other once impregnable civilizations, it fits with our view of the Chinese as having a long-term perspective, while we are grasping and greedy raccoons seeking immediate gratification. No wonder we pay rapt attention.

2. The Chinese are already winning

There’s a torrent of stories reminding us that China’s growth exceed ours, that their economic engine seems indomitable; they are even leading us in "clean tech" investments, which is supposed to be a savior of the American economy. So it’s no wonder that polls find around half of all Americans believe that the next century will belong to China. Confirming a latent fear makes for powerful advertising. After all, it wasn’t that long ago -- around 200 years (only a bit longer than twice the age of the current owner of Newsweek) -- when China represented one-third of the global GDP.

One of the most compelling lines in the commercial is the one which answers the central question that the Professor proposes: "Why did great nations fail? They all made the same mistake… turning their back on the principles that made them great."

I’d venture that most Americans would agree with this, though for radically different reasons. The Tea Party’s point of view is clear about what we’ve turned against -- the virtues of personal responsibility, small government, Constitutional fidelity. The left has its own point of view -- not as focused, though; we’ve allowed Wall Street to run the country, we’ve turned against the American belief that government is a force for good. Either way, the commercial lets us project our own anxieties and hence engages us on a deeply emotional level.

A Discovery Channel markets their DVD about Rome with copy that exudes contemporary relevance, reminding us of the "Seduction of Power" that befell them after "They conquered city after city, nation after nation."

In this regard, the opening image of the spot is gripping and canny -- images of Greece and Rome, and beside them -- a Liberty Dollar.

5. We’re seduced by pop culture set in the future

The commercial begins with a title that reads "Beijing, China. 2030 AD." And we’re grabbed immediately.

The conceit of dystopian stories as a device to make a point about today is long-established and deeply imprinted; it’s one of those "bundles of thoughts" Drew Westen references, a lumpy and bulging bundle, in this case that contains Star Trek, George Orwell’s "1984," Edward Bellamy’s "Looking Backward," the "Matrix" series of movies, and on and on into the future.

With this rich bio-legacy of plots, we are primed to pay heed to stories set in the future, convinced they have something powerful and worthy to tell us about today.

One last thing. As Ben Smith has noted, Larry McCarthy, the ad’s creator, has said he was inspired by a 1986 commercial which was funded by the same group -- a group started by J.Peter Grace, the late industrialist who was a proto deficit hawk. The earlier spot, called
"The Deficit Trial," was directed by Ridley Scott, and "it depicted America after a spending-induced collapse in the year 2017."

The idea was to run the spot right after Reagan’s 1986 State of the Union, but all the networks refused, claiming it was too politically charged.

Here’s the "Deficit Trial." More than 20 years later, the jury is still out.