The 10 most terrifying would-be congressmen

Slide show: One may have dry-fired a gun near his ex-wife, another may have gotten away with murder 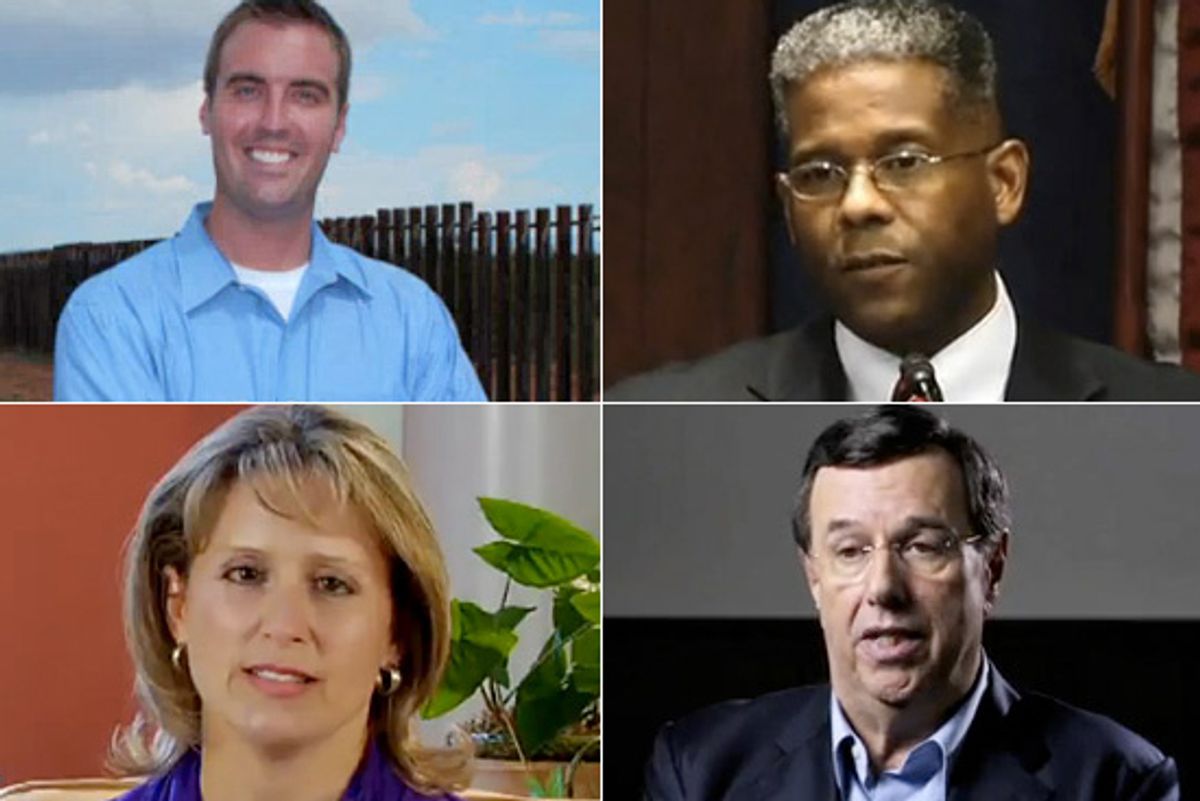 The thing about wave elections is that you never know until the very end who will wash ashore.

That the Republicans will gain seats -- probably a lot of seats -- in next week's midterms is not in dispute. But don't be fooled by their claims of a looming mandate: They really haven't done anything to deserve it. The GOP is simply benefiting from the same rule of politics that boosted Democrats in 2008 and 2006: When voters are angry, they take it out on the party that runs Washington.

In House districts across the country, many voters will head to the polls next week intent on voting for the Republican candidate, even if they don't know a thing about him or her -- a perfect opportunity, in other words, for GOP candidates with checkered backgrounds to slip undetected into the halls of Congress.

We've looked around and identified the 10 Republican House candidates with the most bizarre, unnerving and downright alarming baggage who just might sneak through next week. So when someone expresses bafflement that, say, a guy who allegedly dry-fired a gun outside his estranged wife's bedroom could become a member of Congress -- well, don't say you weren't warned.