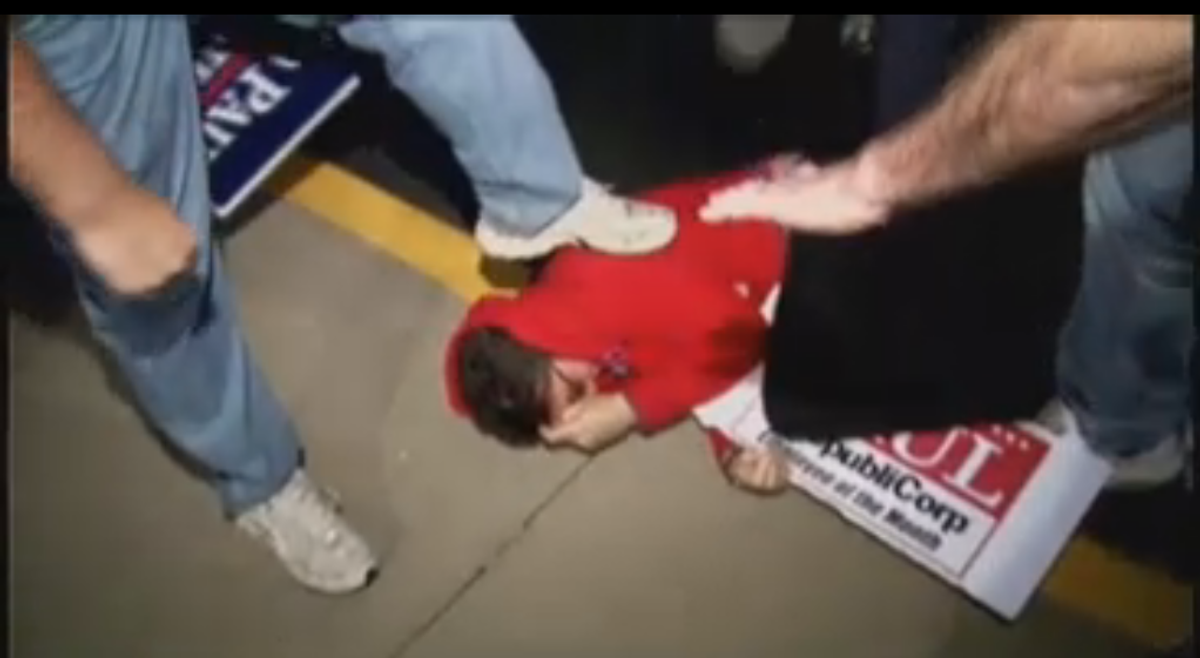 A little while ago, I posted my analysis of Monday night's final debate between Rand Paul and Jack Conway, concluding that the GOP nominee had evaded tough questions and avoided making any costly gaffes.

What I didn't know at the time was what happened outside the debate just before it started. It was there that a female activist from MoveOn, who was attempting to deliver a facetious award to Paul for his corporate-friendly views, was set upon by Paul supporters and knocked to the ground -- at which point one of the Paul backers stomped her head. The whole scene was captured on video by a local Fox station, with the footage leading its late newscast. So while Paul probably avoided generating any damaging headlines during the debate, his supporters, it seems, did the job beforehand. Footage of the attack (and an interview with the victim) is below: