How to understand Fox News

It is not a conservative channel. It is a Republican channel 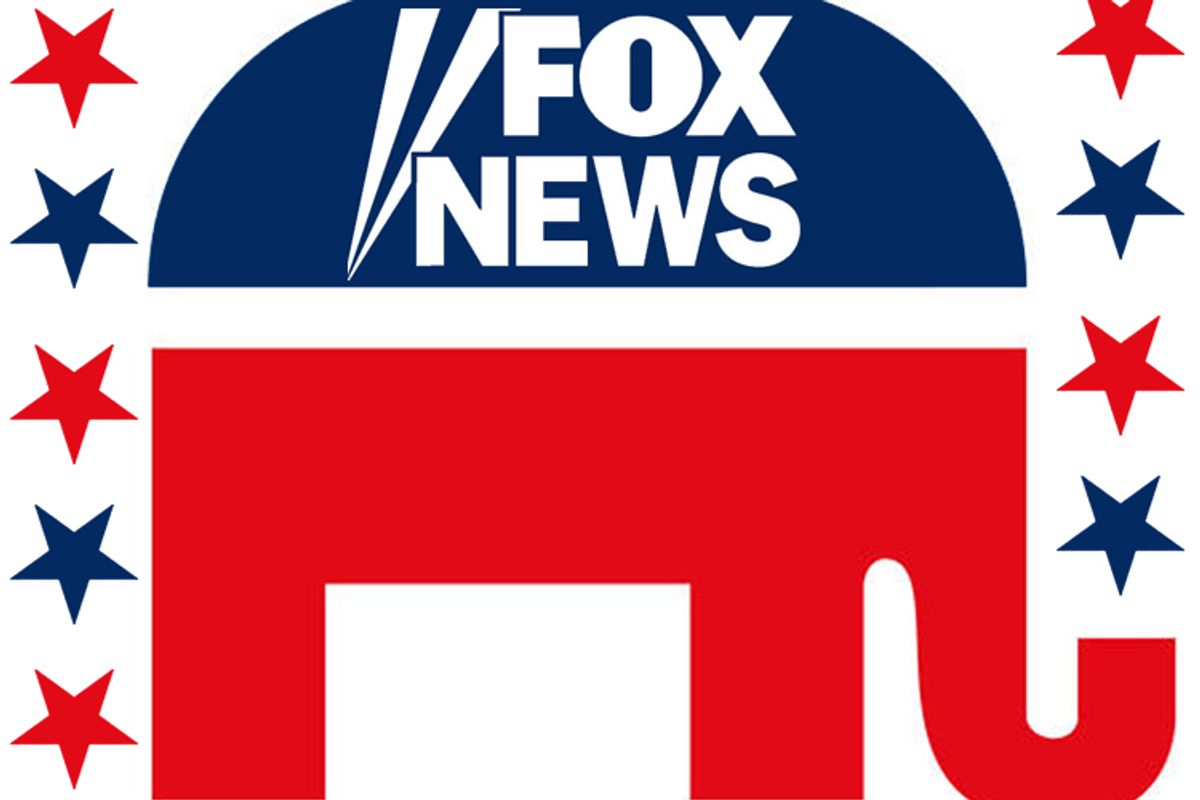 Responding to a debate between Michael Tomasky and Ross Douthat over whether liberals should appear on Fox News, Andrew Sullivan makes an important point:

Just as important, it seems to me is if Fox could give, say, Ron Paul his own show, and actually allow an internal conservative debate about issues, such as the Iraq and Afghanistan wars, or foreign policy, or the social issues, such as abortion, or even have a supporter of gay equality who isn't an easily dismissed leftist stereotype on prime time - like a Jon Rauch or a Ted Olson? Why not give Frum a show to counter the party line with smart conservative policy proposals and discussions? What's needed on Fox - and what you'll never see - is solid conservative attacks on and critiques of other conservatives, on matters of principle or policy. That's the difference between an opinion channel and a propaganda channel.

The point is that it's a real mistake to call Fox a conservative channel. It's not. It's a partisan channel.

Now, precisely how to think about Fox News and the Republican Party is a bit trickier.

To begin with, bluntly, Fox is part of the Republican Party. American political parties are made up of both formal organizations (such as the RNC) and informal networks. Fox News Channel, then, is properly understood as part of the expanded Republican Party, just like Hill staff of GOP Members of Congress, or pollsters who only work for Republicans, or activists who volunteer for Republican campaigns, or think tanks that generate legislation for Republicans to support. So, in the first place, Fox is simply part of the communications arm of the party.

The tricky part is that FNC isn't only a component of the Republican Party. It's also a business, so it may have profit motivations beyond its partisan goals (both on the organizational and individual level, of course). It's also, in format, a cable news network, and there are a variety of norms that come with that -- norms that may be important to both individual correspondents and producers on the one hand, and consumers on the other. Fox may be part of the communications arm of the Republican Party, but it's not the same part as the RNC's Web page, or ads for GOP candidates.

(Note that these sort of competing pulls affect all party actors. Campaign pollsters are partisans, but they're also running a small business, and they also have professional standards they may care about upholding. Formal party organizations are obviously partisan, but they're also bureaucracies, and those who study parties have long noted that within these organizations bureaucratic incentives can trump party goals.)

Thinking of Fox as Republican, rather than conservative, helps organize the Tomasky/Douthat debate over whether liberals should appear on Fox. Fox, of course, is free to call itself whatever it wants, but liberals shouldn't fool themselves about what it really is.

That doesn't mean that the case for boycotting Fox is clear for liberals. Liberals participate in AEI public panels, even though they realize that AEI too (in Tomasky's words) "wants liberalism to perish from the face of the earth." They do so because (or at least to the extent to which) AEI also upholds norms of civility and scholarship. I don't think I need to spell out how that applies to FNC.

Beyond that, I don't think the decision to go on is one of principle, but one of tactics. Is this particular Fox program one with a history of upholding broadcasting norms of giving people a fair chance to make their case (in which case Douthat's argument for reaching out to Fox's audience makes sense), or are guests used to provide a thin cover of "balance" but otherwise given no reasonable chance? Would a full boycott (if such a thing were possible) discredit FNC among casual viewers who currently don't understand what they're watching? (In my opinion, that's easy: It wouldn't.)

By the way, to me the word "propaganda" has more of a pejorative connotation than I would want to use in these circumstances; there's nothing at all wrong with parties having means of communicating with supporters and interested others. Indeed, there's a long history of partisan newspapers in the United States; that's the main way that people learned about current events in the 19th century. As one who supports strong (although not necessarily hierarchical or ideologically consistent) political parties, I'm mostly happy about the reemergence of the partisan press, even if its quality isn't what it might be, and I like the 20th century "neutral" press, too.