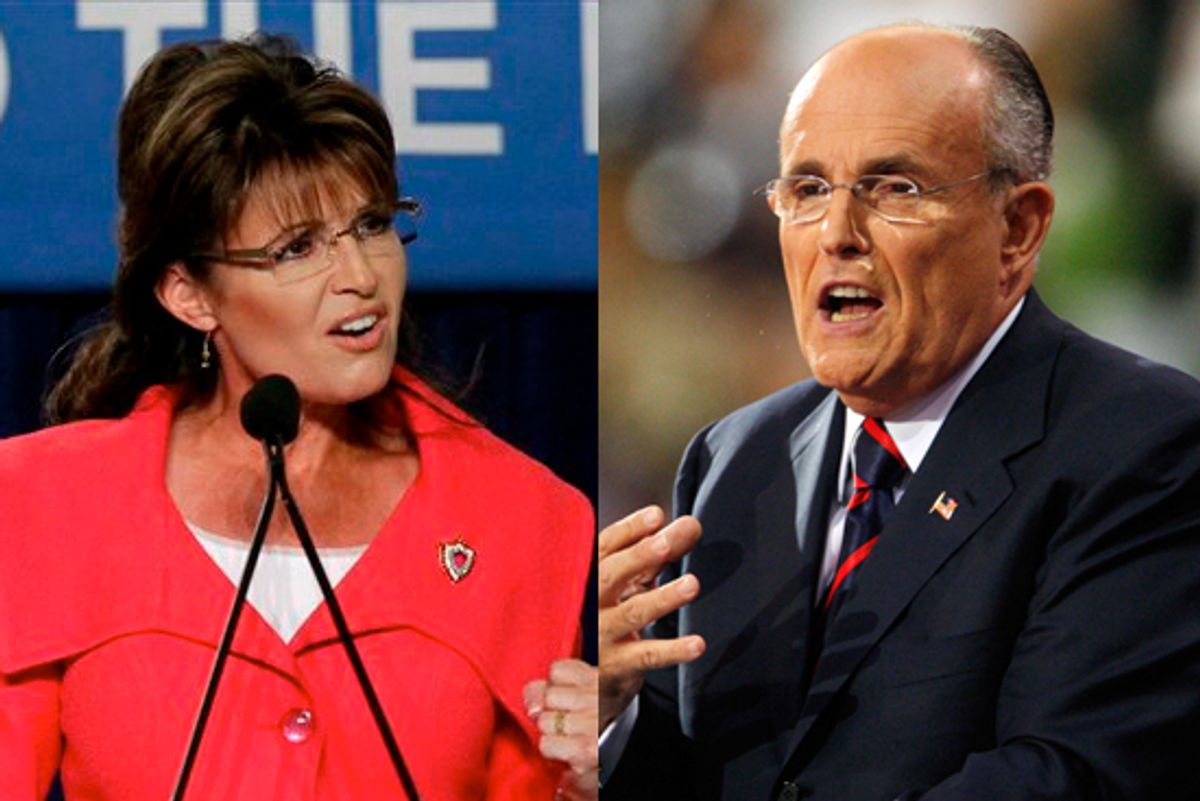 We predicted a while back that North Carolina congressional hopeful Ilario Pantano, if he beats incumbent Rep. Mike McIntryre on Tuesday, will become an instant star on the right-wing of the national GOP. Now it seems that Sarah Palin and Rudy Giuliani smell a winner in Pantano, too.

Both potential 2010 presidential hopefuls have in the last week endorsed Pantano, who is best known for a 2004 episode in which he killed two unarmed Iraqi prisoners (charges were later brought and dropped). He has also embraced the endorsement of anti-Muslim blogger Pamela Geller.

Ilario Pantano is another dedicated patriot running for Congress this year. Ilario first swore an oath to defend the Constitution as a 17-year-old Marine. Today, he needs your help to bring common sense back to Washington. ... We can win this seat and send a decorated Marine to Congress who will be a strong voice for veterans and active-duty military.

And today Giuliani has put out a statement (which, yes, mentions Sept. 11 within just 10 words):

"Ilario Pantano witnessed the terrorists attacks on 9/11, and having already fought one war for his country he felt compelled to re-join the Marines and defend his country a second time. All of us wanted to do what we could, and many talked about it, but Ilario made bold strong decisions to put himself in harm’s way. Time and time again, Ilario Pantano has chosen country before self and that is why I am proud to endorse him for the US Congress."

Note that Palin and Giuliani are each playing up Pantano's time in the military. And Democrats remain virtually silent on what Pantano did in Iraq. That's an inversion of the dynamic an outside observer might expect, but, as a local analyst told us last month, many in the district see Pantano as a hero.