The country is nominated for the U.N.'s Commission on the Status of Women 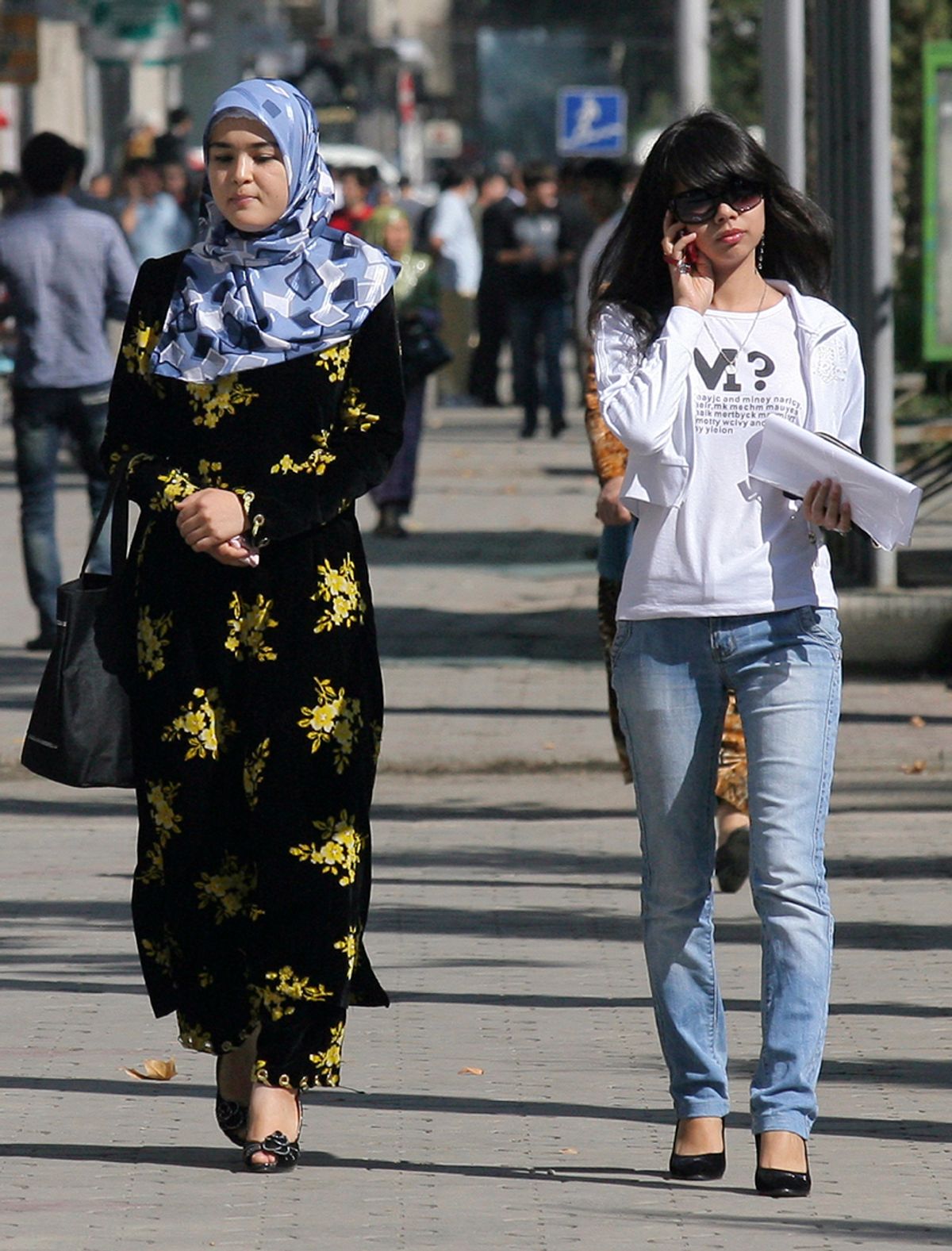 A woman, wearing a headscarf according to the Islamic dress code, walks next to a women dressed in a western style on a street of Dushanbe September 18, 2010. Chronic poverty and a Soviet-style crackdown on religion is fuelling the growth of radical Islam in parts of Central Asia, a secular but mainly Muslim region wedged between Russia, Iran, Afghanistan and China. Picture taken September 18, 2010. To match feature TAJIKISTAN-SECURITY/ REUTERS/Nozim Kalandarov (TAJIKISTAN - Tags: RELIGION POLITICS) (Â© Nozim Kalandrov / Reuters)
--

Have you heard the one about Iran joining the United Nations' council on women's rights? Yeah, well, this unfunny joke is expected to become reality. Iran, the same country that has a woman currently awaiting death by stoning for adultery, is angling for a spot on the board for the U.N. Commission for the Status of Women and "is likely to become a member," the Associated Press reports.

The new agency will be headed by former Chilean president Michelle Bachelet -- a wonderful choice! -- but it's a bit mysterious how Iran is going to help with the stated aim: "to evaluate progress, identify challenges, set global standards and formulate concrete policies to promote gender equality and advancement of women worldwide." A petition against the country's nomination details the country's, um, conflicts of interest:

In recent years, the Iranian government has not only refused to join the Convention on the Elimination of All Forms of Discrimination against Women (CEDAW), but has actively opposed it. ... Iran's discriminatory laws demonstrate that the Islamic Republic does not believe in gender equality: women lack the ability to choose their husbands, have no independent right to education after marriage, no right to divorce, no right to child custody, have no protection from violent treatment in public spaces, are restricted by quotas for women's admission at universities, and are arrested, beaten, and imprisoned for peacefully seeking change of such laws.

Translation: Are you freaking kidding me? In an earlier act revealing the country's dark sense of humor -- or hubris -- it tried for a spot on the U.N. Human Rights Council. When that failed, Iran settled on becoming part of the global policy-making body for gender equality. It would be a move to celebrate if the country were actually taking other meaningful steps to begin honoring women's rights -- but it's not.