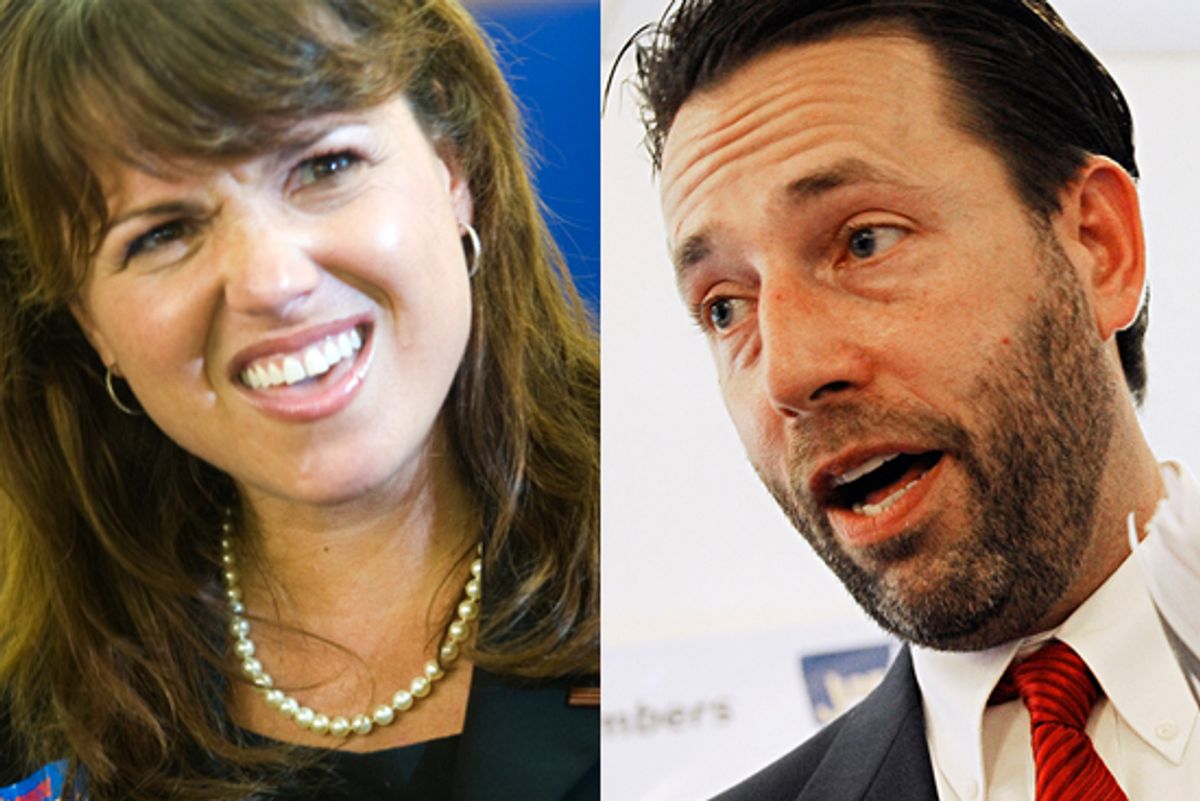 The media's relentless focus on Christine O'Donnell's general weirdness has finally paid off! She will just definitely not win her Senate race against a normal human man who has never had to deny practicing the Dark Arts. So there's one Senate race the Democrats can feel really good about!

The press' heroic work revealing just how much of a huge jerk Joe Miller is has also worked like a charm: 68% of Alaska voters have an unfavorable opinion of the smoldering hearthrob with his own personal goon squad and a history of alienating his coworkers with constant paranoid lying.

Of course this race will come down to a lengthy, protracted legal battle and end in a Pyrrhic victory that 2/3 of Alaskans and probably one major American political party will consider wholly illegitimate. (In other words, depending on how a couple other incumbent-vs-crazy contests go, we may have no idea who will end up with a majority in the Senate until months after the election.)

The hours spent pointing out how insane Rand Paul and Sharron Angle are, though, will probably not end up being worth much.