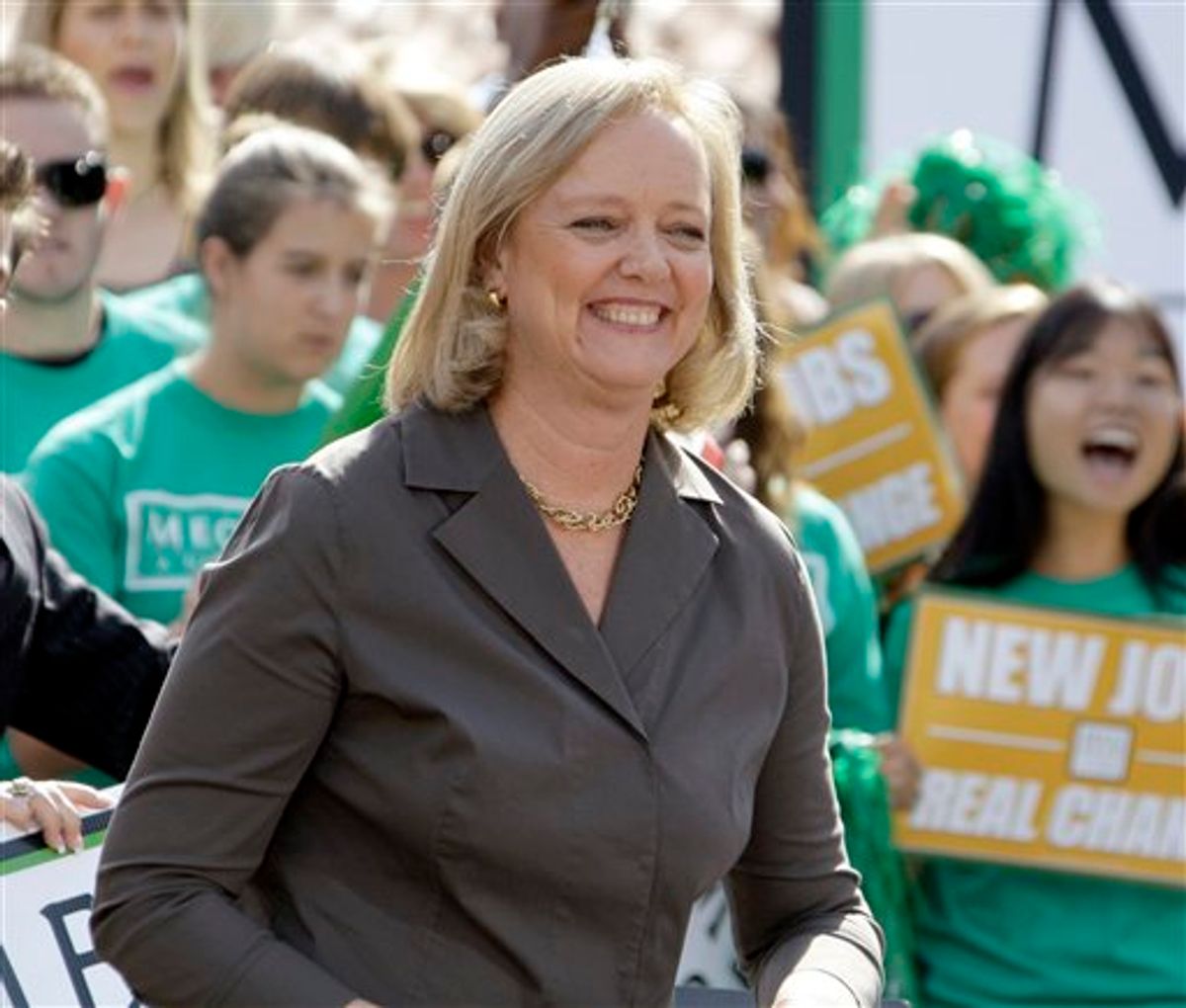 FILE - This Oct. 25, 2010 file photo shows California Republican gubernatorial candidate Meg Whitman at a campaign stop in Thousand Oaks, Calif. Whitman, conducting the most expensive campaign for governor in U.S. history _ nearly $172 million and counting _ is inundating California voters with an unprecedented array of TV and radio ads, glossy magazines, smartphone messages, Facebook videos, postcards and phone calls that will test how far a Republican dollar can go in a state Democrats call their own. (AP Photo/Reed Saxon, File) (AP)
--

A new poll shows Democrat Jerry Brown with a double-digit lead over Republican Meg Whitman less than a week before voters decide who will be California's next governor.

It is the third poll released in the past week showing Brown leading a race considered too close to call a month ago.

A political expert at California State University, Los Angeles says no California gubernatorial candidate in the last 50 years has won after trailing by such a margin this close to an election.

The poll surveyed 1,092 likely voters by telephone Oct. 14-26. It has a sampling error margin of plus or minus 3.2 percentage points.