Science and the Minnesota "weather bomb"

The gales of November came early on Lake Superior this year. Who could have predicted it? 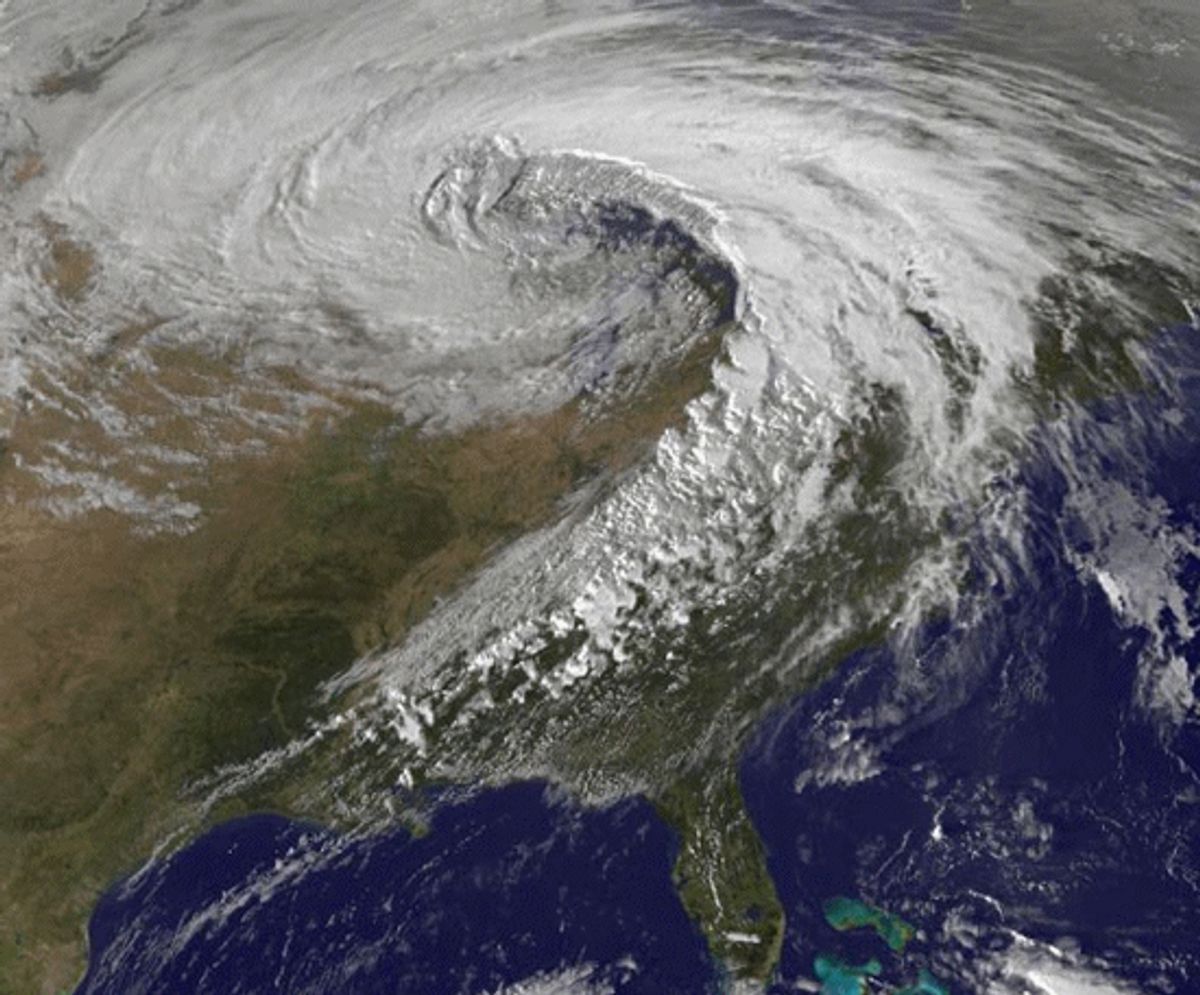 The legend lives on from the Chippewa on down
Of the big lake they call Gitche Gumee
The lake, it is said, never gives up her dead
When the skies of November turn gloomy.

With a load of iron ore -- 26,000 tons more
Than the Edmund Fitzgerald weighed empty
That good ship and true was a bone to be chewed
When the gales of November came early

You know a storm is bad when multiple meteorologists can't refrain from comparing it to the 1975 monster that sank the Edmund Fitzgerald in Lake Superior.

Variously dubbed the "land hurricane" or "weather bomb," the storm that is ravaging a huge swath of the U.S. this week is particularly notable for registering the lowest pressure readings ever recorded in the interior of the United States.

When supper time came the old cook came on deck
Saying fellows it's too rough to feed ya
At 7PM a main hatchway caved in
He said fellas it's been good to know ya.

My dad was the biggest Republican that ever walked the earth. He always said: "Actions have consequences." To pretend that a 38 percent increase in greenhouse gases isn't going to have any impact, that we can have our cake and eat it too, and smear it all over our face, and maybe have our grandchildren deal with the hangover, I think it is immoral.

Ah science. How many latter-day wrecks of the Edmund Fitzgerald are we going to need before we start paying attention again to what it has to tell us?