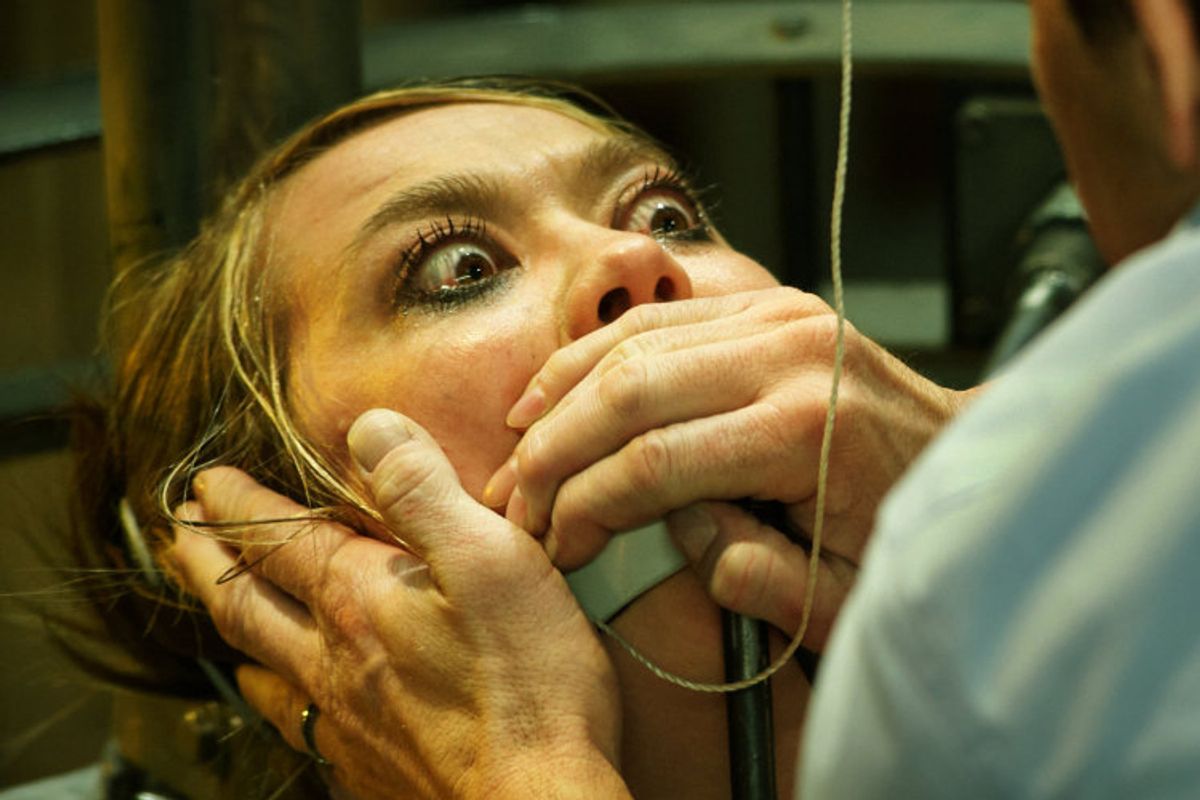 So it has continued, from death metal to gangsta rap to video games; there's always some grown-up available to waggle fingers and say somberly, well, I don't believe in censorship but gosh-darn it, this has gone too far! Just as those who protested the fact that one could mock-murder a prostitute in the "Grand Theft Auto" games didn't notice that within the context of the game it was not a good idea, most people who assume that the "Saw" movies are the worst kind of ultraviolent, misogynistic trash destined to produce a generation of psychopaths probably haven't seen them.

Well, I have -- that is, I've seen three of them and portions of a couple of others, which is more than enough. I absorbed the muddy mediocrity that is "Saw 3-D" with a small group of dissolute Friday-afternoon moviegoers near my home in Brooklyn, N.Y., and I'm grateful that I (presumably) never have to see any more of these ever again. (Revenues have been steadily declining since the $165 million worldwide gross of "Saw III.") "Saw 3-D" -- which I guess is "Saw VII" if you see it in 2-D projection --fully lives up to the rest of the series, which is to say that it's grotesque, sadistic and incoherent, set in an impressive collection of dank, half-ruined industrial buildings, possessed of a back story so tangled it makes "Inception" seem like "The Billy Goats Gruff," and distractingly, even self-defeatingly, moralistic.

That's right: I'm saying that this series of movies about Jigsaw (Tobin Bell), the ingenious serial killer who sets deadly puzzles for his victims that resemble Machine Age updates of medieval torture devices, is moralistic. Or rather, like most pop entertainment and especially the most disreputable varieties, it's prurient and moralistic at the same time. By his own self-description, Jigsaw is a sick loner who sees his illness mirrored in the society around him; you don't wind up in one of his Reverse Bear Traps or Scalping Machines or Eyeball-Drilling Dentist Chairs unless you're a drug dealer or a dirty cop or a corrupt insurance exec or a cheatin' wife. If he is three-quarters nutso vigilante, he's also one-quarter tough-love therapist. Those who survive his traps do so by behaving decently and finding inner strength they didn't know they possessed, and often feel grateful for his ghoulish intervention. Jigsaw is the continuation of Dr. Phil by other means.

OK, so most people ensnared in Jigsaw's traps behave like scumbags and suffer some gruesome and elaborate form of shredding, flaying or disemboweling. (Or they just become collateral damage of other people's scumbaggery, as happens repeatedly in "Saw 3-D.") But Jigsaw and his successors -- yes, I know the real Jigsaw died several movies ago -- always give us some flimsy reason, through Billy the Puppet, their creepy, tricycle-riding, ventriloquist-dummy spokesbot, for believing these people have it coming. For me, the best moments in the "Saw" series are the bogus Grand Guignol spectacles that have nothing to do with the boring and convoluted plot. "Saw 3-D" opens, for instance, with a pair of dudes shackled to a triple set of circular saws in a downtown department-store window; in front of hundreds of witnesses, they must decide whether to slice each other up or allow the two-timing girlfriend suspended above them to be bisected.

"Saw 3-D" is in 3-D. Really, really bad 3-D. Like, maybe-"The Last Airbender"-wasn't-quite-as-terrible-as-I-thought-it-was 3-D. It shows you someone getting cooked alive in a missile-shaped cage, someone having his face pulled off by a hook attached to a 1970s muscle car and someone having her eyeballs pierced by a pair of sharpened steel tubes. Hoffman (Costas Mandylor), the psycho cop who has taken over Jigsawing duties from the late antihero, seems to have it in for lawyers and P.R. executives in this movie, which made me kind of uncomfortable. If he's gonna punish those people for lying, what the hell will he do to journalists? If you are honestly and seriously one of those people who has been following this series, I can tell you that some dumb cops on Hoffman's trail come and go, after the usual fashion of dumb cops in "Saw" movies, and that several characters from previous movies return here for the so-called surprise ending, most notably Jigsaw's widow Jill (Betsy Russell) and Dr. Morgan (Cary Elwes), who survived the very first "Saw" movie by sawing off his right foot.

Most notably, screenwriters Marcus Dunstan and Patrick Melton (who've been around since the series relaunch with "Saw IV") and director Kevin Greutert (who edited the first five films and directed the last two) have turned the pseudo-Christian self-help elements of the series into a major plot point. Hoffman's principal victim in "Saw 3-D" is Bobby Dagen (Sean Patrick Flanery), a New Age huckster who's selling inspirational books and DVDs based on the premise that he survived a Jigsaw trap and is a better person for it. Flanery's comically odious performance is just about the only genuinely enjoyable aspect of "Saw 3-D," so I was sorry to see him descend into Jigsaw Jr.'s torture chamber (festooned with slogans: "Begin Your Life Anew" or "Don't Listen to Your Detractors"). But he has committed the sin of pride, and among the many other commonalities between Jigsaw and his heirs and the medieval Roman Catholic Church, both believe that is the worst sin of all.