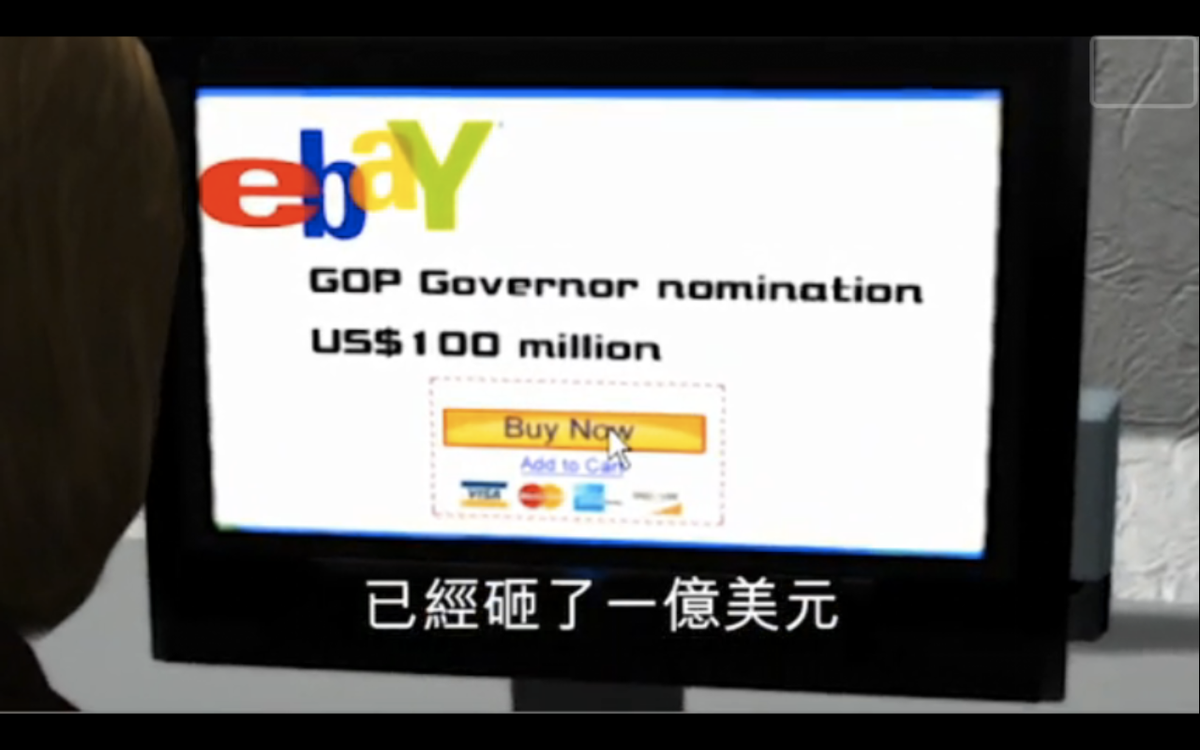 A still from an NMA segment on Meg Whitman's California candidacy. (The real cost of the gubernatorial campaign to the embattled Whitman is now over $140 million.)
--

Now that Election Day is finally in sight, you may be in the mood for a quick recap of the most memorable moments from this year's campaigns. And there's plenty of that out there. But today, we're pointing you in the direction of some of the liveliest and (literally) most animated reporting we've seen ... and it comes from Taiwan.

So sit back and enjoy the following highlights from legendary Taiwanese CGI group NMA's 2010 election coverage. Watch out for clever references to everything from Aqua Buddha and Carl Paladino's bad e-mail habits to Sharron Angle's confusion over whether Latino students were also Asian. (Two videos are available only via link, and the last three videos, sadly, seem only to be available without English subtitles -- but in an odd way, maybe that makes them more fun?)

4. Jon Stewart, Stephen Colbert and the Rally to Restore Sanity and/or Fear

For further Salon appreciation of NMA, read Mary Elizabeth Williams on the group's Lindsay Lohan coverage here, and Andrew Leonard on NMA's response to a video from the right-wing Citizens Against Government Waste here.