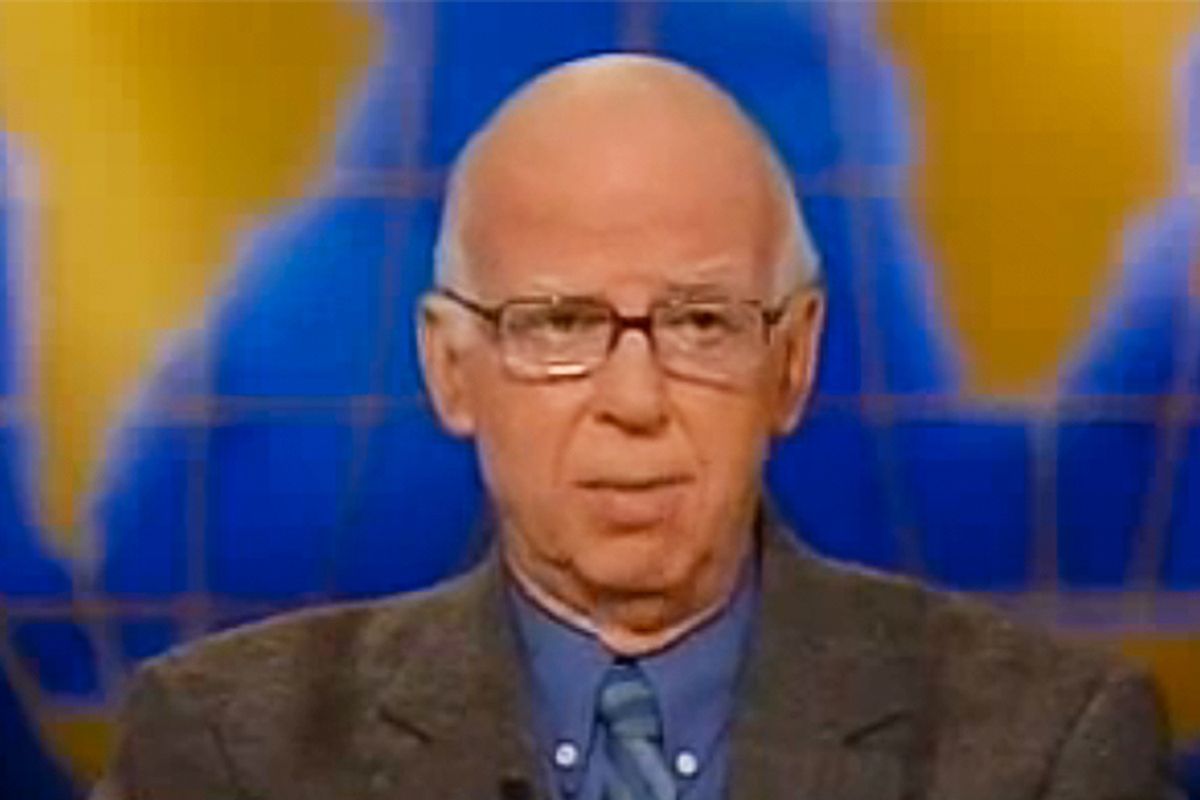 "Dean of the Washington press corps" David Broder came out as a sociopath this weekend with his serious opinion column about how Barack Obama should start a war with Iran in order to get reelected, for the good of the country.

Broder basically proved that even the most overblown or hysterical criticism of Beltway groupthink is based in truth. He begins by positing that Barack Obama is great. It follows that mass, long-term unemployment is bad, because it harms the reelection prospects of Barack Obama. The solution?

Here is where Obama is likely to prevail. With strong Republican support in Congress for challenging Iran's ambition to become a nuclear power, he can spend much of 2011 and 2012 orchestrating a showdown with the mullahs. This will help him politically because the opposition party will be urging him on. And as tensions rise and we accelerate preparations for war, the economy will improve.

Right! Of course! This is the next sentence: "I am not suggesting, of course, that the president incite a war to get reelected." David Broder's not suggesting that! That would be monstrous! He is merely explaining why starting a war with Iran would -- hypothetically -- be a wonderful thing that would make everything better.

If Broder were some snot-nosed punk blogger, he would probably be looking for work right now. Instead, because he is David Broder, zillion-year-old Washington institution, it appears that no editor bothered to even read the column. Or maybe someone did read it but they got so bored by his turgid prose that they zoned out by the time they got to the bit where David Broder endorsed death and mayhem as a reelection strategy.

So, naturally, sensible people are taking issue with Broder's arguments. Except at the Post!

(The Post's Ezra Klein did offer a wonky, dispassionate argument against war with Iran as a stimulus measure -- he did not mention Broder by name.)

David Broder's columns are embarrassing enough when they're not amoral endorsements of the politically expedient deaths of thousands of innocent people. This one is another compelling argument for the retirement of anyone who's been a professional political commentator for more than two decades.