The country's clerics continue their crusade against all womanly temptations 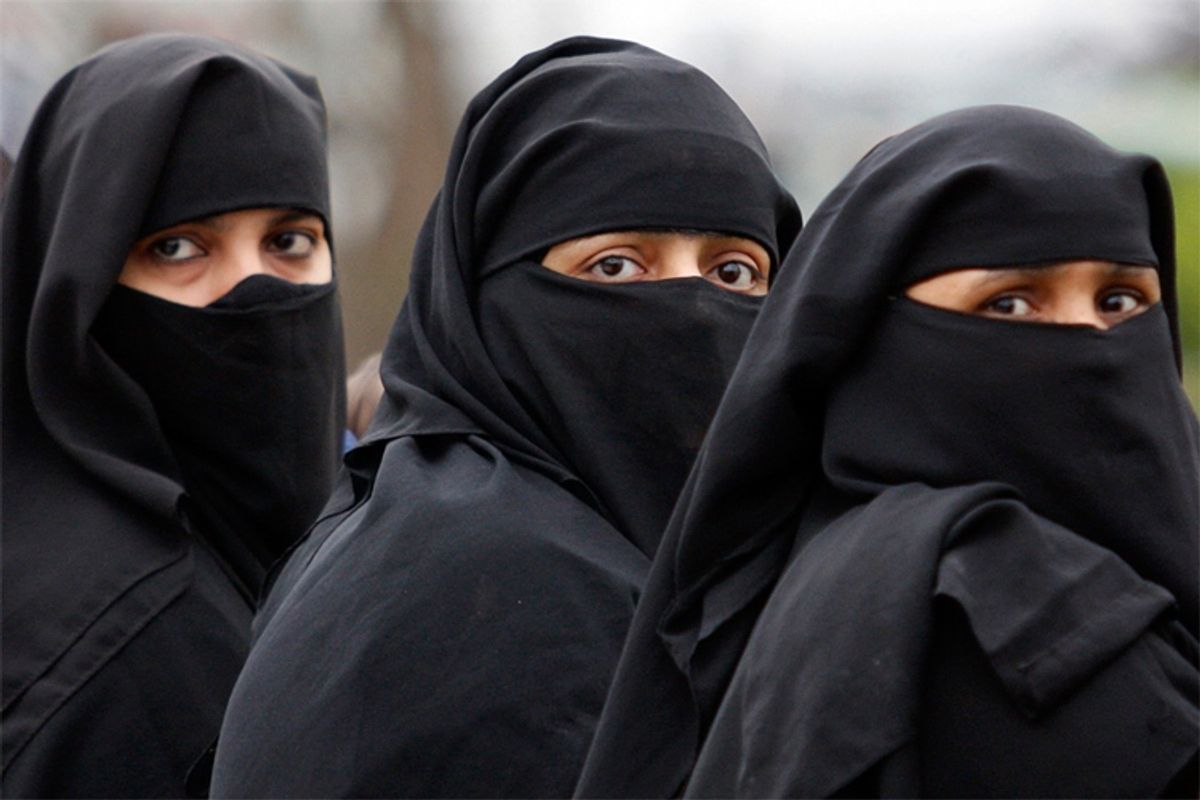 Saudi Arabia's clerics are doing a stellar job of undermining the government's attempts at softening the country's extremist image. A couple months back, the labor ministry moved to allow women to work as cashiers, but it was reported Monday that a fatwa has been issued against allowing the female kind behind the register at grocery stores.

The ruling from the Council of Senior Scholars explained, "It is necessary to keep away from places where men congregate. Women should look for decent work that does not make it possible for them to attract men or be attracted by men." Way to give women options! According to my calculations, that leaves three choices: 1.) Don't work, 2.) Work from home or 3.) Work at an all-female business. As for the final option, take into consideration that men are allowed to fill gigs at even the most lady-centric of stores -- like lingerie shops (although there is a female-led protest underway against male panty purveyors).

As with most fatwas curtailing women's freedoms, it's built on rather peculiar reasoning. Male and female shoppers are generally allowed to mix at grocery stores -- but allowing a woman to scan a man's perishable goods apparently crosses into unacceptably titillating and tempting territory. Interestingly enough, some of the businesses that brought in female cashiers in recent months were careful to create separate checkout lines for men and women -- but it seems even that is considered too much of a threat. Considering that Saudi women have been shrouded in black fabric, severely restricted from public life (so much so that some have taken to cross-dressing) and punished for their own rapes, you have to wonder what will be enough when it comes to protecting against womanly temptations.