Memo to famous men: Keep your pants on! 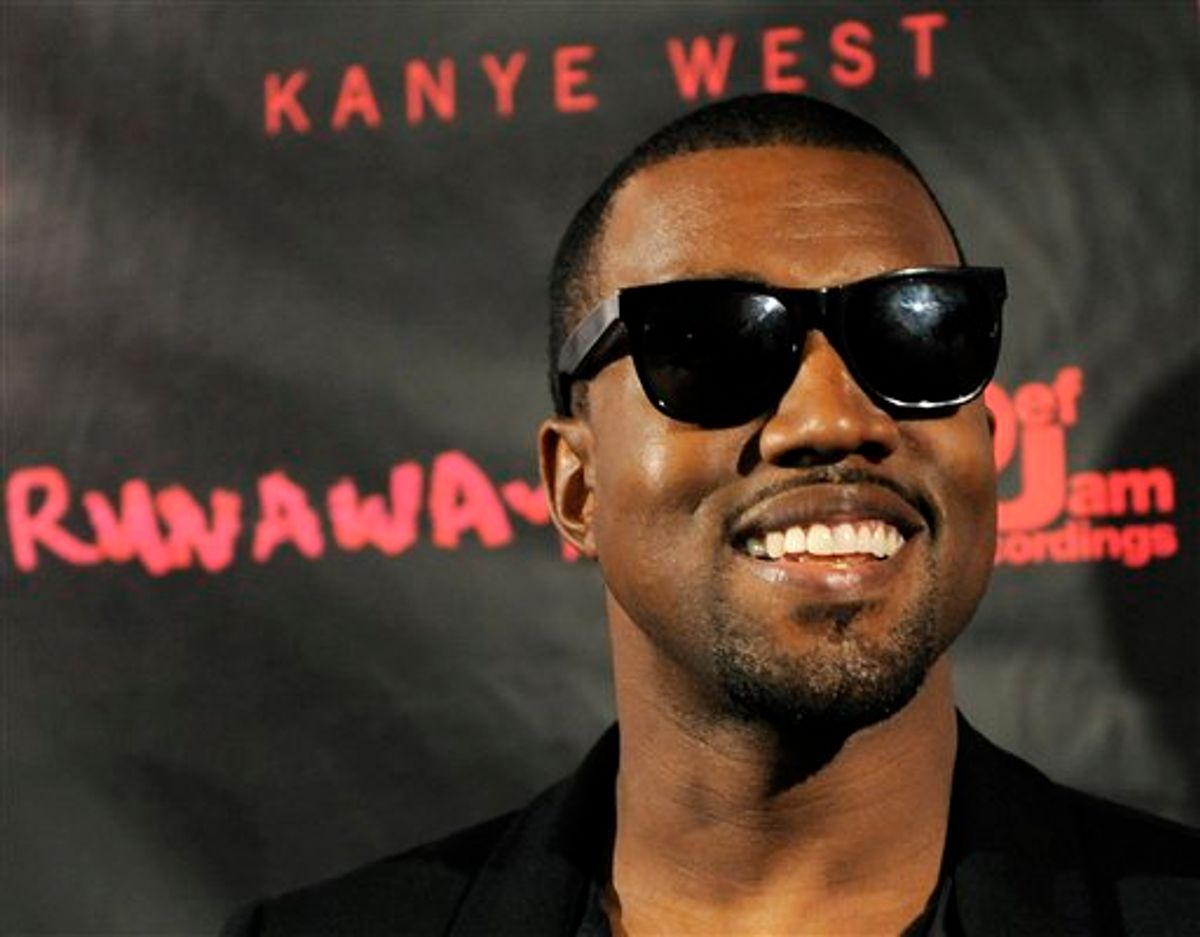 For a culture that tends to be easily frothed at the sight of an errant female nipple or glimpse of a hint of panties, we've sure been getting excited about penises lately.

Take, for example, that Penispalooza known as Chatroulette. So dedicated is its population's obsession with junk flaunting that the site has ingeniously leveraged it into a revenue stream -- redirecting the boxers-optional crowd to an adult site. Then there was Deadspin's recent giddy reveal of what may be Brett Favre's love missile -- disembodied images of the goods in full stroke mode allegedly sent to Jets in-house reporter Jenn Sterger. Favre has so far refused to claim or deny the wand in question, offering the explanation that "I'm not getting into that. I've got my hands full with the Jets." Oh is that what you call it?

And now, there are the all but inevitable "is-it-or-isn't-it?" Kanye pics. Radar first reported in October that the images were being shopped around by enterprising recipients of the self-promotional materials (which The College Dropout "reportedly sent to a number of women") and this weekend, they went worldwide. It may or may not be Kanye, but because it's my job to care about these things, I will point out that whoever it is with family jewels hanging out of his shorts does sport a tattoo remarkably similar to the one on West's arm.

While the circumstances behind the possible Kanye pics are unknown, it takes about one minute on 4chan or certain lines on the Chicago El to find ample evidence that one thing still needs stating: Please don't whip out your unit unless explicitly invited to do so. Please do not send unsolicited photographs of your stuff to the ladies. Seriously, just don't. You may have an awesome one, you may be super proud of it, but didn't your mom ever tell you it's not polite to point?

Without trotting out all the baggage of biology and the history of human civilization and the theory that men's sexuality tends to be much more visually oriented, it's safe to say that the genders are different. Quid pro quo doesn't work when it comes to crotch shots. Or as an astute friend observed, right after groaning over the alleged Favre pics, "Do you think guys think that's what a woman would want, because that's what they would want?" That lady is on to something.

If you unscientifically polled a random sampling of your straight male friends and asked, "Would you enjoy getting a surprise dirty picture of a naked woman, along with perhaps an invitation to get it on?" it's safe to estimate that a fair sampling of men would say, "Why, that sounds delightful. Where is this wonderful photo? Should I check my e-mail RIGHT NOW?" If you asked a population of women how they'd feel about getting a random penis shot, you would probably hear the word "ew" a lot.

Nothing against penises. Big fan. Nothing against sexy pics even, in the right context. But unwanted sexual attention in the form of a non-metaphoric dick in your box is at worst downright threatening and at best ungentlemanly. So whether you're a football legend or a hip-hop superstar nutjob or a random friend on Skype, when in doubt, err on the side of keeping things more tell and less show. Because, guys, you are not creating buzz by masturbating for us. We know where it is. If we want it, we'll find it. And until then, keep it in your pants.