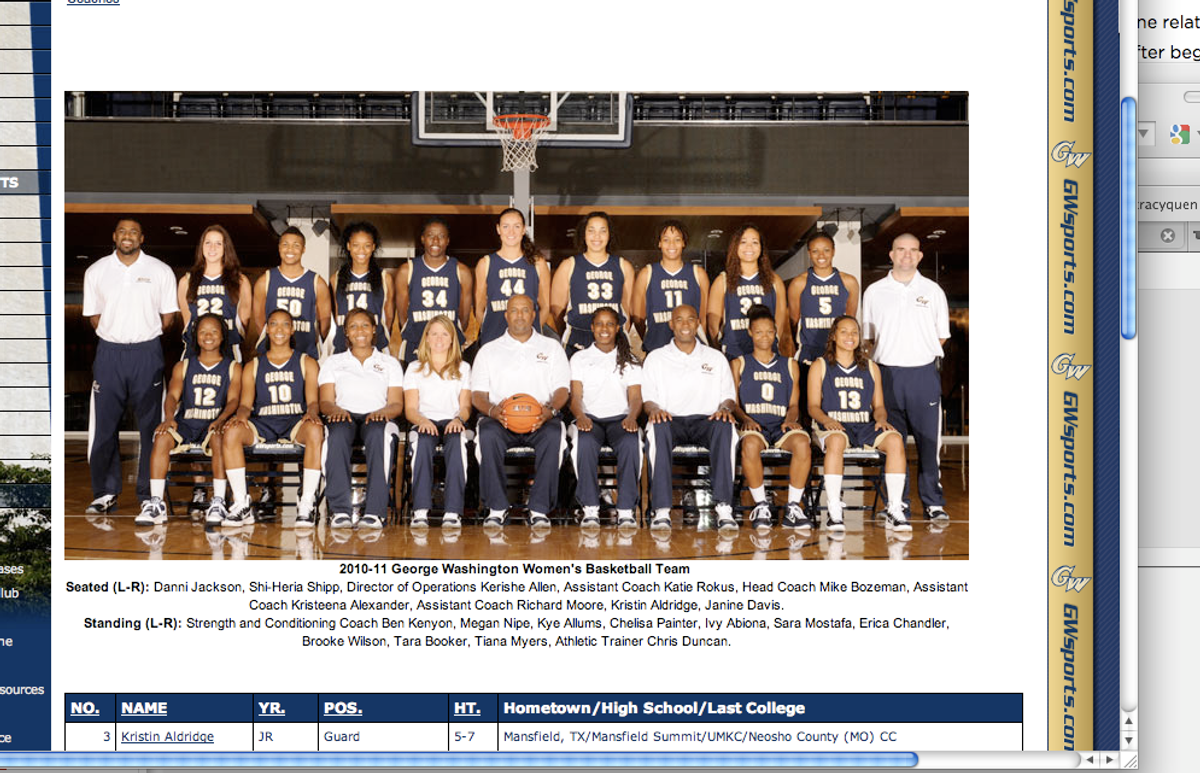 A transgender female-to-male basketball player at George Washington University is about to put the NCAA to the test. Kye Allums has been on the school's women's basketball team since 2008, but when the season starts later this month, the 20-year-old is premiering as a man. It will be the first time an openly transgender player has played Division 1 basketball, according to TBD's Amanda Hess.

Luckily, Allums' coach and teammates are supportive of his transition -- but it will be interesting to see how the NCAA handles the situation. It has no official policy on transgender athletes, other than to go by the student's gender according to their state ID. As Hess points out, "That's not too much of a problem for a guy like Allums, who wants to continue to play on a team consistent with his sex at birth" -- especially since he plans to wait before taking testosterone, a banned substance, and undergoing sex-reassignment surgery. "But the policy could end up posing difficulties for trans men and women athletes who want to play on teams consistent with their outward gender identities."

A recent report, which I wrote about when male-to-female transgender golfer Lana Lawless sued the LPGA for excluding her from play, recommended that the NCAA adopt a policy allowing a female-to-male transgender athlete who is not taking hormones to play on either a men's or a women's team. As for a male-to-female student, the report suggests that they be required to "complete one year of hormone treatment related to gender transition before competing on a women's team." One thing is for sure: The NCAA would be smart to flesh out its policy, because the issue isn't going away.