Despite international protest, Sakineh Mohammadi Ashtiani could be killed for adultery as early as Wednesday 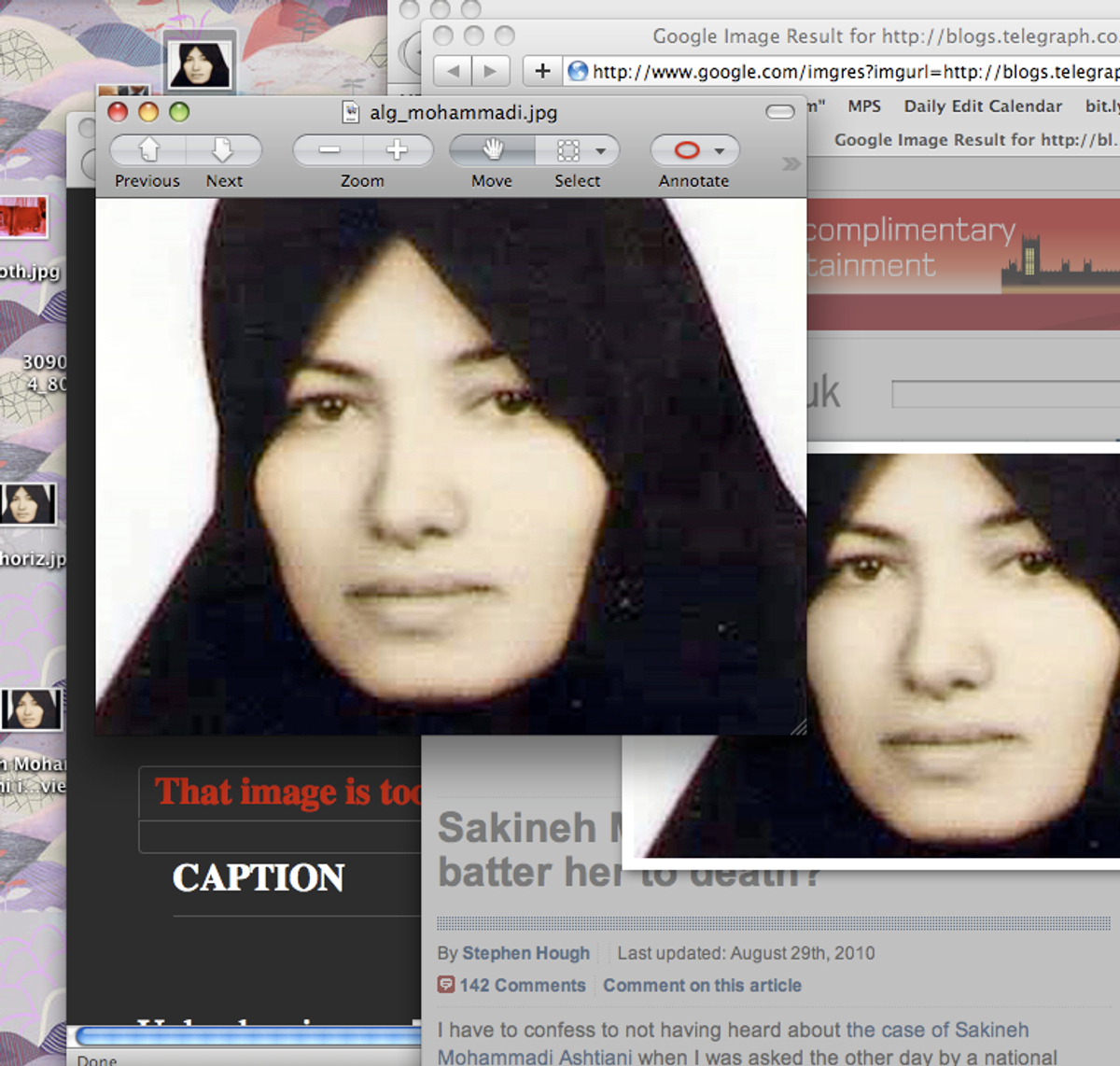 Iranian officials have "given the go-ahead" to execute Sakineh Mohammadi Ashtiani, according to CNN. As you might recall, the 43-year-old mother of two was sentenced to death by stoning for adultery. Authorities have since claimed that she was also convicted of murdering her husband, but activists say that is an outright lie and that she was actually acquitted.

International outrage over the case has calmed somewhat and, given that she could be killed as soon as Wednesday, the International Committees against Stoning and Execution is making a last ditch attempt to get "international bodies and the people of the world to come out in full force against the state-sponsored murder of Sakineh Mohammadi Ashtiani." This is an issue of basic human rights, of course, but it's also uniquely relevant to women's status in the country. I'll leave you with Ashtiani's own words about why she is being executed, while the man convicted of murdering her husband gets to live:

The answer is quite simple, it's because I'm a woman, it's because they think they can do anything to women in this country. It's because for them adultery is worse than murder -- but not all kinds of adultery: an adulterous man might not even be imprisoned but an adulterous women is the end of the world for them. It's because I'm in a country where it's women do not have the right to divorce their husbands and are deprived of their basic rights.