Following FDR, the president should shift the debate from his own failures to the irresponsibility of his opponent 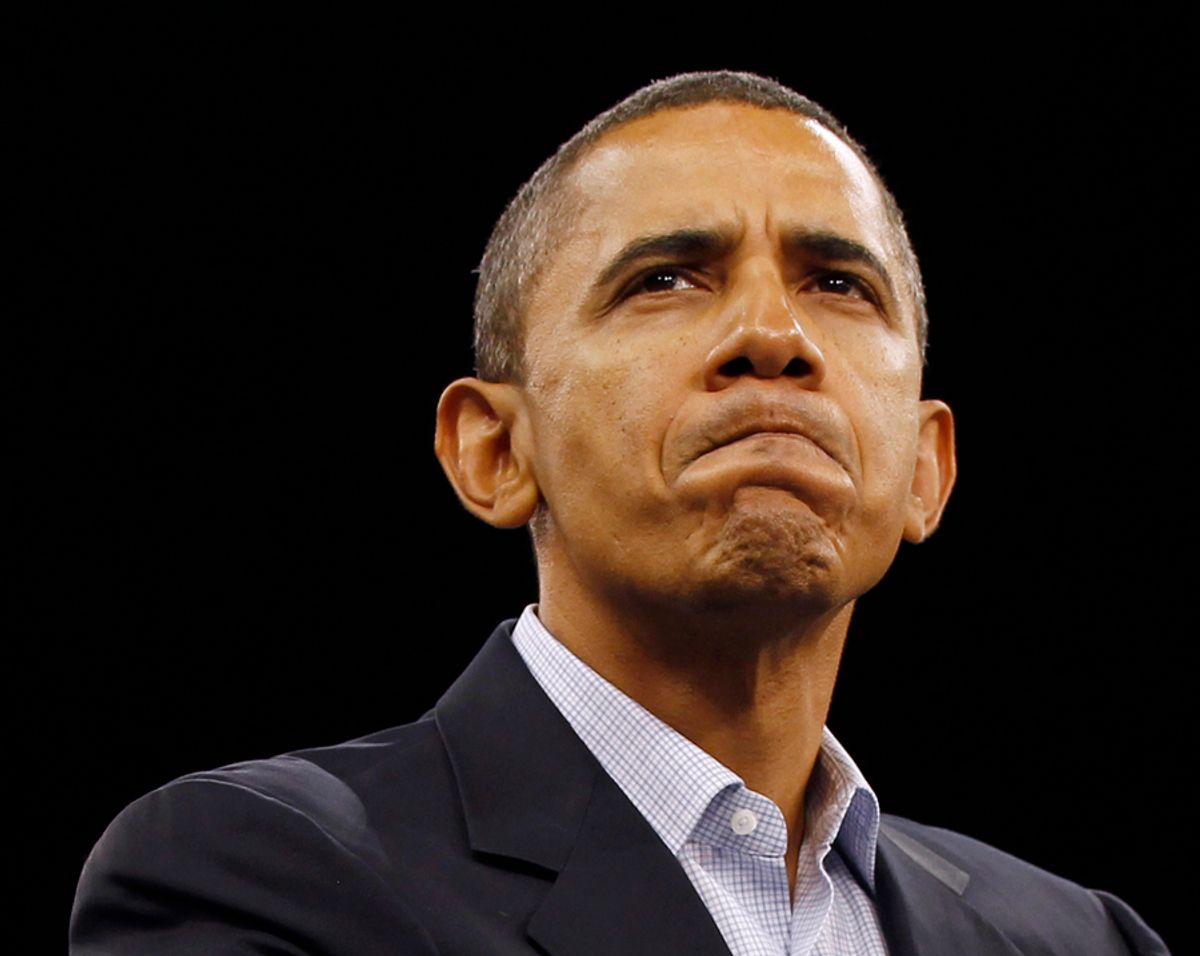 Which lesson will the President learn — that of Clinton in 1996, or FDR in 1936? The choice will determine his strategy over the next two years. Hopefully, he’ll find 1936 more relevant.

The 1996 election was about little else. Dick Morris, Clinton’s pollster and chief political advisor (who effectively took over the White House policymaking apparatus shortly after Newt Gingrich and the Republicans took over Congress in 1995), instructed the President to say only “the economy’s booming and you ain’t seen anything yet.”

President Obama won’t have that luxury in 2012. In all likelihood, the economy will still be anemic. It’s now growing at the rate of no more than 2 percent a year – far too slow to bring down the jobless rate. Even now, sales are slowing. Business revenues are slowing. Home sales are down. Home prices are down. Foreclosures are increasing.

For the next two years Republicans will try to paint Obama as a big-government liberal out of touch with America, who’s responsible for the continuing bad economy.

Obama won’t be able to win this argument by moving to the center — seeking to paint himself as a smaller-government moderate. This only confirms the Republican’s views that the central issue is size of government, that it’s been too large, and the economy can improve only if it’s smaller.

Obama’s best hope of reelection will be to reframe the debate, making the central issue the power of big businesses and Wall Street to gain economic advantage at the expense of the rest of us. This is the Democratic playing field, and it’s more relevant today than at any time since the 1930s.

The top 1 percent of Americans, by income, is now taking home almost a quarter of all income, and accounting for almost 40 percent of all wealth. Meanwhile, large numbers of Americans are losing their homes because banks won’t let them reorganize their mortgages under bankruptcy. And corporations continue to lay off (and not rehire) even larger numbers.

With Republicans controlling more of Congress, their pending votes against extended unemployment benefits, jobs bills, and work programs will more sharply reveal whose side they’re on. Their attempt to extort extended tax cuts for the wealthy by threatening tax increases on the middle class will offer even more evidence. As will their refusal to disclose their sources of campaign funding.

By the election of 1936 the Great Depression was entering its eighth year. Roosevelt had already been President for four of them. Yet he won the biggest electoral victory since the start of the two-party system in the 1850s. How?

FDR shifted the debate from what he failed to accomplish to the irresponsibility of his opponents. Again and again he let the public know whose side he was on, and whose side they were on. Republicans stood for “business and financial monopoly, speculation, and reckless banking,” he said over and over.

And he made it clear they wanted to prevent him from helping ordinary Americans. “Never before have these forces been so united against one candidate as they stand today,” he thundered. “They are unanimous in their hate for me – and I welcome their hatred.”