"The Hard Way Around": One sailor's epic, riveting trip around the world

In 1895, Joshua Slocum was the first man to circumnavigate the globe. His survival story will blow you away 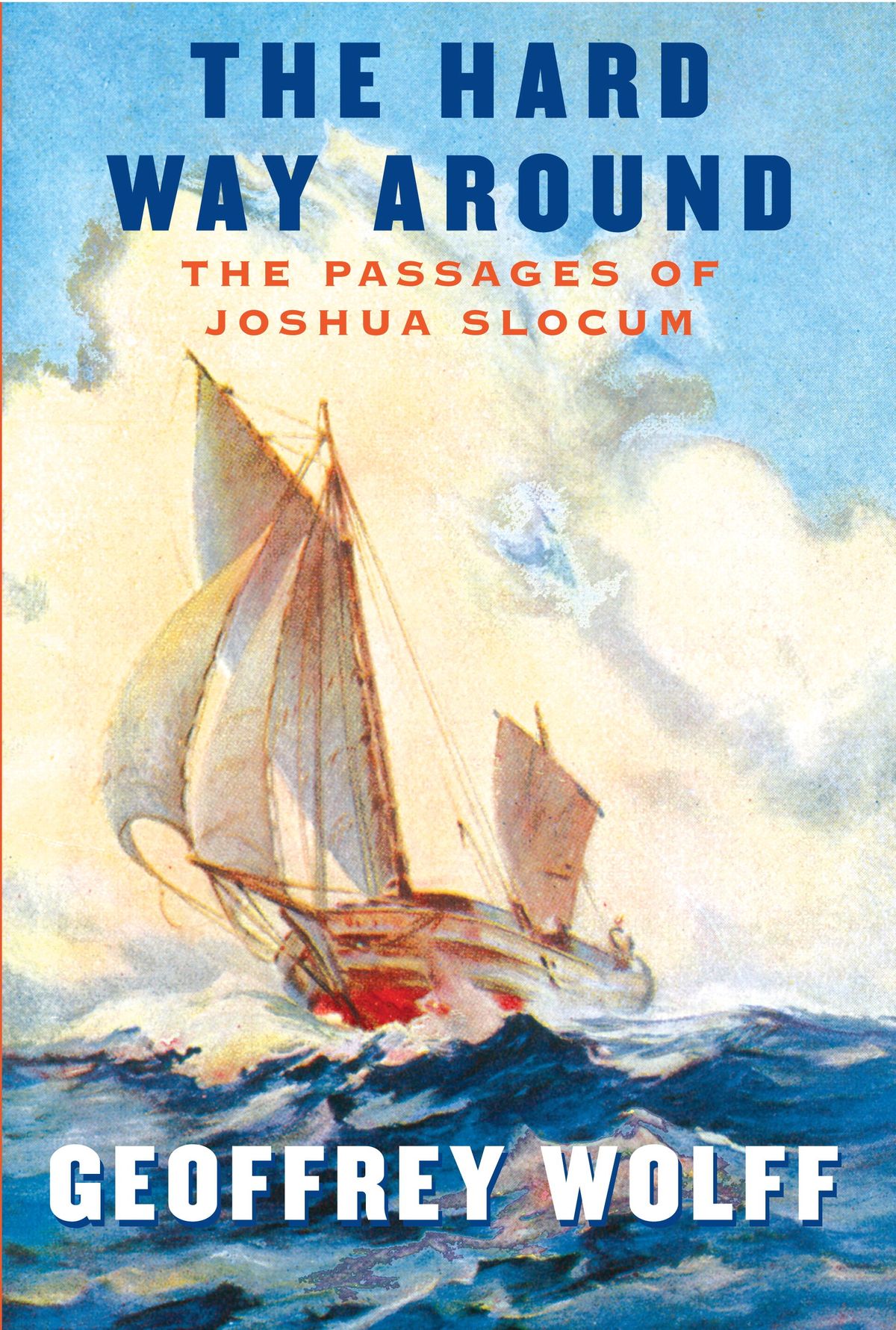 The Hard Way Around, by Geoffrey Wolff
--

"I had resolved on a voyage around the world, and as the wind on the morning of April 24, 1895, was fair, at noon I weighed anchor, set sail, and filled away from Boston." With these words, Capt. Joshua Slocum, having spent 13 months rebuilding the derelict hulk Spray into a seaworthy craft, set out on one of the greatest adventures ever recorded -- sailing solo around the world. Even today with GPS, satellite phones, e-mail, corporate sponsors and coast guards ready to rush to the rescue, this is no minor feat. Slocum was the first to do it, with just a small tin clock (whose cracked face got him a 50 cent discount on its $1.50 sale price) and a sextant as his sole navigation devices.

Nor did he make a simple circumnavigation. Slocum sailed from Boston to Gibraltar then south, hugging the African coast, turning back across the Atlantic through Cape Verde to Pernambuco along the South American coast. He passed though the Straits of Magellan and across the vast Pacific Ocean to Australia. From there, Slocum sailed the Indian Ocean, rounded the Cape of Good Hope, crossed the Atlantic a third time, and arrived in Newport, R.I., on June 27, 1898. Alone in a 37-foot sloop, he had sailed 46,000 miles almost entirely by dead reckoning.

The account he delivered of the voyage, "Sailing Alone Around the World" (1900), is one of the masterpieces of nautical writing. It features a direct and lyrical style that is inviting from the very first words. Arthur Ransome, whose "Swallows and Amazons" sailing series are among the best children's literature, said, "Boys who do not like this book ought to be drowned at once." I nod in agreement. "Sailing Alone" is one of those books that, if placed in your hands young, will provide a lifetime's perfect enjoyment -- rereading only deepening the contentment found therein -- "Kim" is another. As is "Treasure Island," "The 39 Steps" and "Pride and Prejudice," too. "Sailing Alone" is all the rarer in this company for being nonfiction.

And the quarter it comes from is an unexpected one. Slocum (1844-1909) had scarcely any formal education when he escaped the drudgery of making leather boots for the sea. Yet, he was a devoted reader and as a writer had a confidence and unworriedly reflective style that, I suspect, came from his decades as a sea captain, which was the nearest thing to being god most men might ever know. His description of his father strikes me as near-perfect: "My father was the sort of man who, if wrecked on a desolate island, would find his way home, if he had a jack-knife and could find a tree. He was a good judge of a boat, but the old clay farm which some calamity made his was an anchor to him. He was not afraid of a capful of wind, and he never took a back seat at a camp-meeting or a good, old-fashioned revival."

It is also, as I discovered in Geoffrey Wolff's "The Hard Way Around: The Passages of Joshua Slocum," a fair description of Slocum himself. In May 1871, the 27-year-old captain -- already qualified as a master mariner for more than two years -- departed with his wife and a crew in the 100-foot bark Washington to fish Chinook salmon in Alaska's Cook Inlet. Able to work day and night due to the midnight sun, the party also had a fine view of their boat being wrecked when a gale snapped its anchor lines. Slocum kept the crew fishing and set to building a boat that could carry him to Kodiak Island, 200 miles distant. When a U.S. government ship offered them rescue, Slocum accepted only for his wife, as the salmon catch would have had to be abandoned. He made his journey, hired Russian sealers, and returned to take the crew and salmon to San Francisco. Wolff, who calls the whole adventure a "tamer" version of "Shackleton's heroic rescue in 1915-16 of his crew from Antarctic ice," notes that "adding the loss of the Washington to his other expenses, the vessel's owner sold the fish and pocketed a profit."

A fine feat, and typical of a man who later built a 35-foot canoe and sailed his family 5,000 miles back from Brazil after their boat was wrecked on the coast. Wolff manages a rare feat himself: writing a whole book about a minor classic that doesn't bury it, or exaggerate its importance. "The Hard Way Around" is a brisk evocation of Slocum's world. Wolff characterizes all the phases of Slocum's career from a wide-reading in the nautical history of the era: catching the nature of life before the mast, of the rapid advancement allowed to able seamen, of life afloat for a family, of the constant threat of death in almost every aspect of merchant shipping, and of the tremendous changes wrought by steam.

What doesn't come clearly through "Sailing Alone" is that Slocum had been thrown ashore in middle age by the end of the age of sail. Like his subject, Wolff is prone to breezing past the duller days. He also finds endlessly interesting subjects. I had always assumed that the seaman's life in the age of the clippers and the Grain Race was a narrow one intellectually, yet Woolf notes "young sailors -- those with open eyes and ears -- learned to cook and eat foreign food, to wear and appreciate foreign clothes, to play foreign games, to understand the singularity of the world's people." And, of course, he's right. A sailor who avoided the dangers of drink and brothels had a life far richer than the farmers or fishermen of Slocum's native Nova Scotia. It was a life that could produce a singular literary figure like Joshua Slocum.

"Sailing Alone" is one of the best books ever written about the call of the running tide. On its last page Slocum boasted, "No king, no country, no treasury at all, was taxed for the voyage of the Spray, and she accomplished all that she undertook to do." Geoffrey Wolff has done the same. His every page drives us back to a book he rightly characterizes in his first line as "a tour de force of descriptive and narrative power." Read "Sailing Alone." Then read "The Hard Way Around." You'll want to reread "Sailing Alone." I can think of no greater praise for Geoffrey Wolff.