The teen star checks into treatment, allegedly for an eating disorder. How do we explain this to our kids? 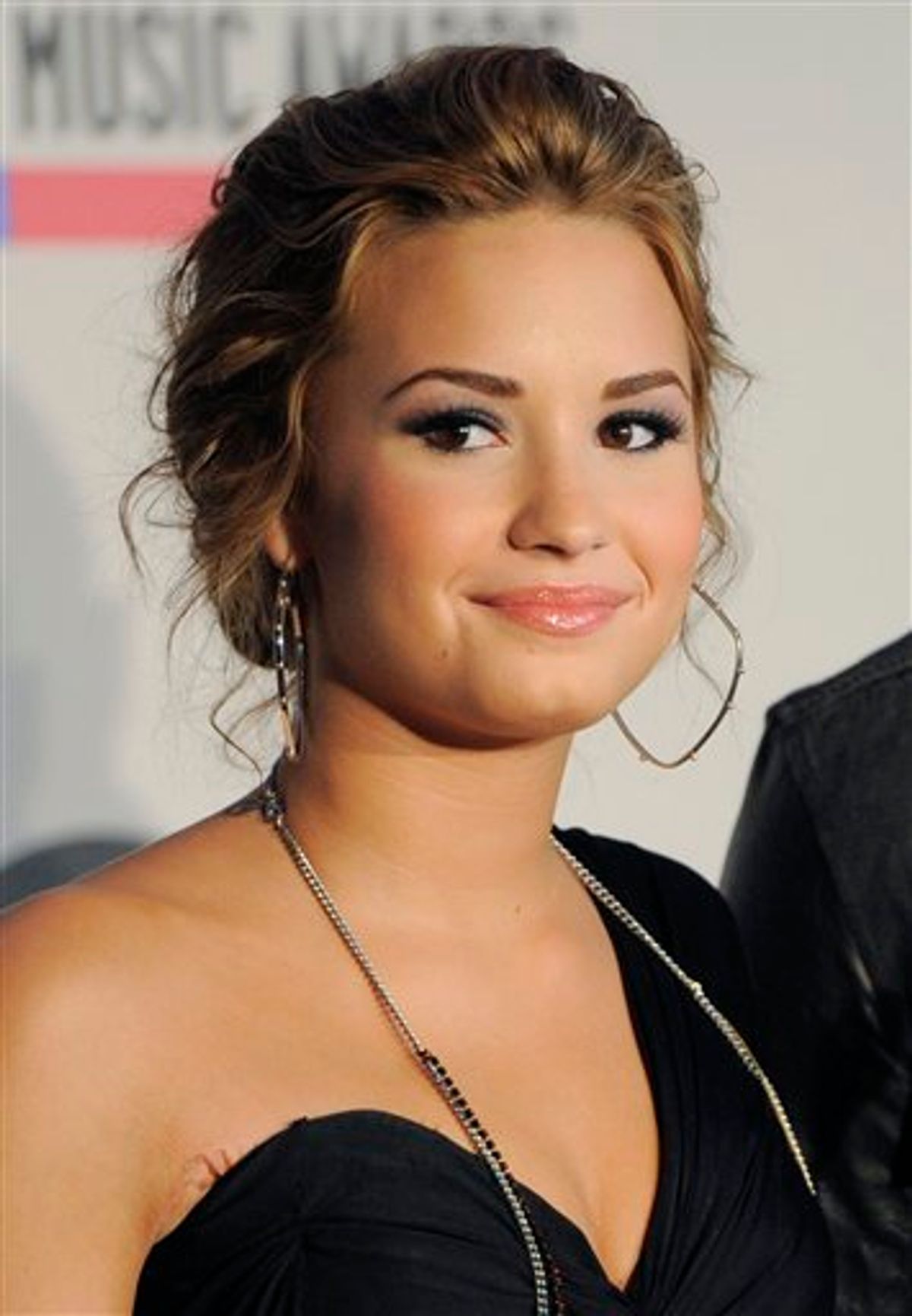 When you have little girls, you spend a lot of your time hunting for Polly Pocket's shoes, fending off requests for princess paraphernalia, and figuring out how to discuss the latest tabloid news about their Disney and Nickelodeon idols. My family doesn't even have cable, but that's how powerful and ubiquitous the tween industrial complex -- and its scandals -- are.

After "Zoey 101" star Jamie Lynn Spears became a mother, my daughters and I had numerous conversations about how you don't have to be married – or even a grown-up – to have a baby.  Miley Cyrus has prompted discussions about sexy dancing and how sometimes, creepy people take pictures of girls' underpants. And believe me, it's a challenge to explain why you're implementing a strict "no Googling Vanessa Hudgens" policy. Just yesterday, my kids were begging me to stop under the big sign with Demi Lovato's face on it in the clothing department of Target, where racks of extra small sequined tank tops beckoned. Today, they're asking why the 18-year-old star is going to a treatment center. And what's a treatment center?

Lovato, familiar to tweens everywhere as the popular singer, heroine of "Camp Rock" and title star of "Sonny with a Chance," abruptly left her world tour with the Jonas Brother this weekend to, in the words of her representative, "seek medical treatment for emotional and physical issues she has dealt with for some time." The catalyst appears to have been a physical altercation with a dancer on her tour at a Peruvian airport over the weekend.

After Lovato tweeted a photo of herself looking gaunt last year, rumors flew that Lovato, who has been open about being taunted with the labels "fat and promiscuous" was suffering from an eating disorder. Over the past two years photos of her with telltale slash marks on her arms have surfaced regularly, leading to speculation that she cuts herself -- a charge her publicists have steadfastly denied. Lovato has however been open about her experiences with bullying, admitting that the "verbal harassment" was so bad in seventh grade she had to leave school to be home schooled. She's been an outspoken advocate for change, appearing in a PSA for Teens Against Bullying. But a "source" told People Tuesday "She was bullied in school. She fought through eating disorders and has struggled with cutting. ... Demi is taking control by getting help."

Whatever her "emotional and physical issues," Lovato's father Patrick told Radar Wednesday "She'll be fine." But he noted, "There are a lot of pressures. That is one of the things I worried about when she signed with Disney." And for parents, it's a tough lesson to have to tell our daughters that life for real-life Disney princesses is not all fairy tales and bursting into song. But it's an opportunity for us, a chance to have difficult but necessary conversations about the perils of growing up – about bullying and pain and how to cope. Because every six-year-old in a toy tiara will be an 18 year-old woman someday. And while happy endings rarely start with riding into the sunset, sometimes they begin by checking into rehab.