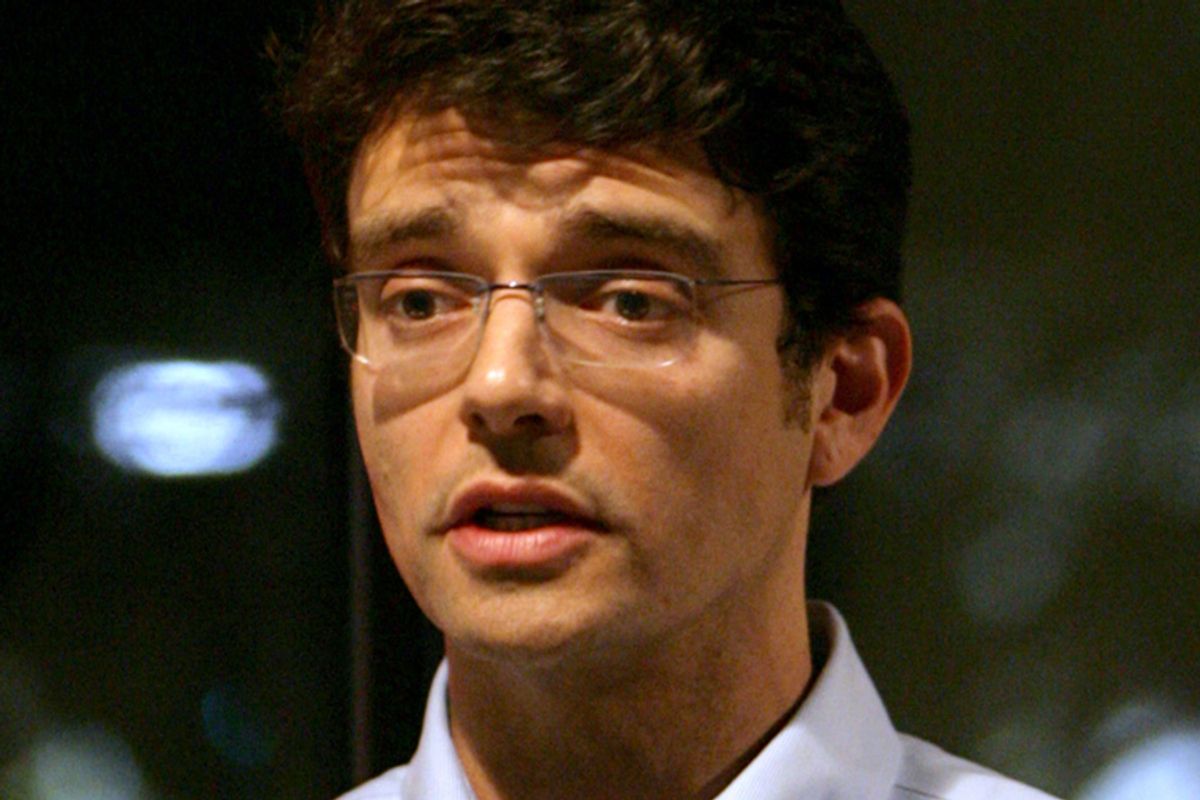 With about 75% of precincts reporting, Pantano is behind by the surprisingly large margin of nine points. Some polls had shown him even with McIntyre or even ahead, and he attracted ad dollars from the national GOP.

"Thank you. Thank you. We held the line and live to fight another day," read a tweet from Pantano's official Twitter feed this evening.

Look for Pantano, who has become a favorite of right-wing media figures like Michael Savage and Sean Hannity, to stay engaged in conservative politics.

Salon's full coverage of the race is here.