How the rejection of Prop. 23 affirms the California dream

Nationwide, American voters erupted with discontent. But out west, they're still embracing a clean, green future 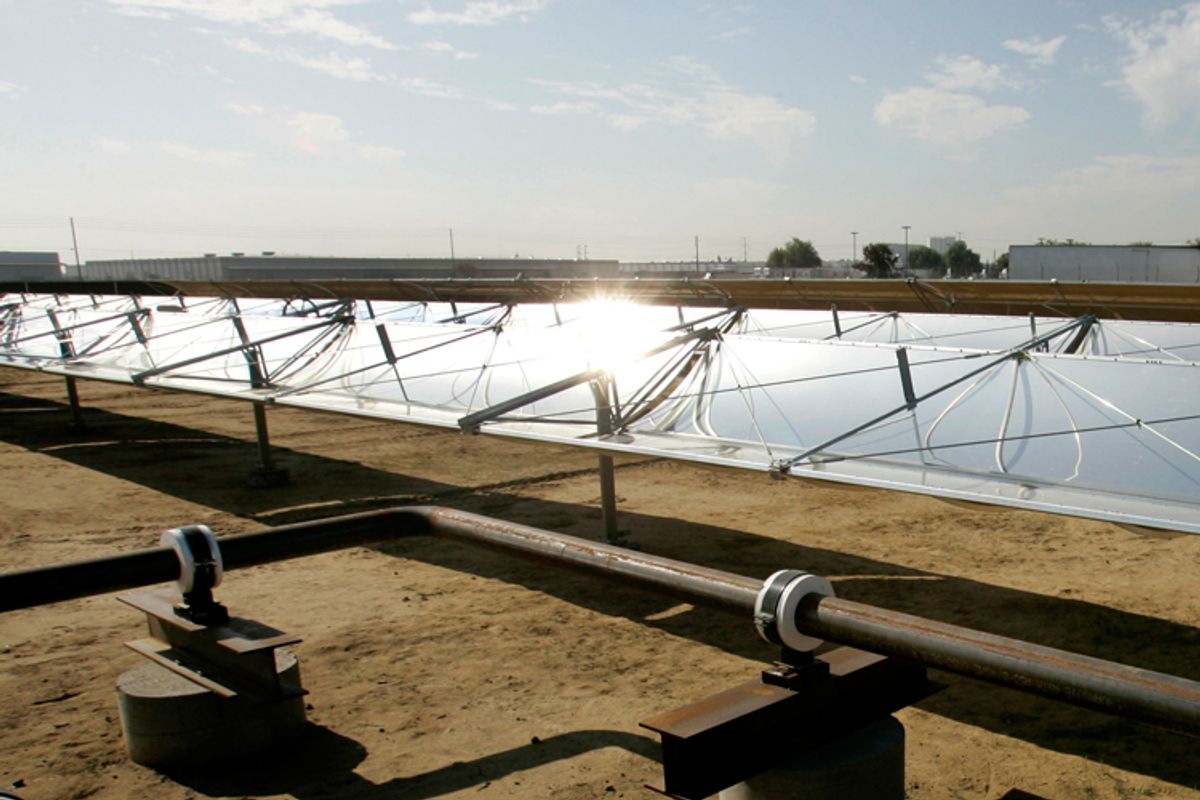 Californians woke up Wednesday morning in an alternate reality. Across most of the nation, hard-right Republicans swept to dramatic victories, taking a lock-step hold on the House of Representatives and thoroughly upsetting the political calculus for at least the next two years. But in the Golden State, liberalism prevailed. Jerry Brown walloped Meg Whitman in the governor's race, brushing off $160 million dollars worth of negative advertising like so many evanescent moonbeams. In a tighter Senate race, liberal stalwart Barbara Boxer held off Carly Fiorina. And perhaps most importantly, voters decisively rejected Proposition 23, the Texas-oil-company financed effort to negate California's landmark global warming law.

As of 8:30 a.m. PST, with 96 percent of the precincts reporting, 61.3 percent of California voters had said no to Prop 23. Environmentalists across the country -- hell, the world -- who have been dismayed to see climate skepticism take such deep hold of the Republican Party should take heart. 60 percent of the state boasting the largest population in the U.S. affirmed their commitment to tackling the challenge of climate change and our dependence on fossil fuels. California's economy is so large that the state can, by itself, make a huge, globally relevant impact on the development of clean and renewable energy technology. Prospective clean energy investors who have been holding back in fear of Proposition 23 passing can jump right back into the action. While most of the country expressed a profound discontent with the direction the country is headed, Californians said yes to the path they were already on.

Mother Jones environmental reporter Kate Shephard points out that 28 out of 42 Democrats who voted against the climate bill passed by the House last year lost their bids for re-election. I think that has more to do with the vulnerability of Democrats representing conservative districts in a pro-Republican "wave" election that it does anything else, but clearly, if they thought they were keeping themselves politically viable by their stance on climate change they were dead wrong.

With Jerry Brown as governor and Prop 23 rejected, California will continue to lead the way on the environment. The big question now is whether and how quickly the focus on a green future will translate into job growth and a return to economic prosperity. Like the majority of my fellow voters, I'm betting yes. But the future is unknowable. Perhaps the most encouraging thing about the vote on Proposition 23 is what it says about the spirit of California, about the willingness of voters to embrace a vision of California as it should be, instead of shying away in terror at what might happen.