Prediction: An assault on reproductive rights

Activists say election was no anti-choice mandate, "but don't worry," anti-choice politicians will act like it was 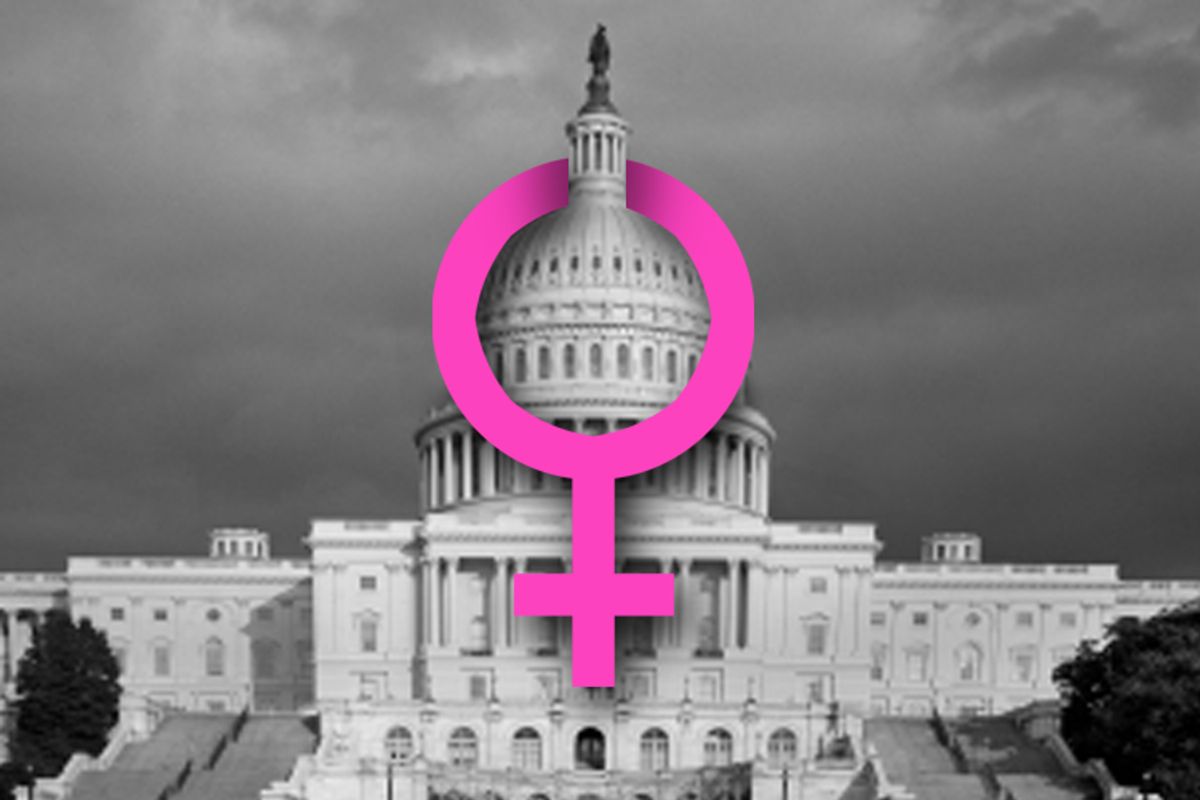 Colorado's fetal "personhood" measure might have failed, but last night's election brought a host of anti-choice wins across the country. The damage done: The House of Representatives "gained at least forty-nine anti-choice members," the Senate "retained a slim but diminished pro-choice majority" and across the country "ten pro-choice governors were defeated and replaced by anti-choice candidates," according to the Center for Reproductive Rights. These are stark figures, to be sure, but what does it mean, in practical terms?

Well, Jodi Jacobson, editor in chief of RH Reality Check, has a very bleak assessment. "Yesterday's election did not, in my reading of polls, votes and analyses, represent an anti-choice mandate, an anti-health reform mandate, nor an anti-environment mandate," she writes. "But don't worry, that won't stop anti-choice, anti-health care, climate-change-denialist politicians from 'creating' said mandates both in their rhetoric and in their actions." Her forecast only gets darker:

We will see almost immediately a range of efforts to focus on restricting reproductive and sexual health and rights. A House of Representatives led by the Republicans and Tea Parties will give full reign to the likes of Congressman Chris Smith (R-NJ), Mike Pence (R-IN) and Joe Pitts (R-PA) to constantly push for restrictions on women's rights in U.S. international policy. They will try to pass a law codifying a global gag rule, try to reinforce and strengthen abstinence-only until marriage funding in U.S. global AIDS funding, and turn a blind eye to efforts to pass heinous laws targeting homosexuals as criminals in places like Uganda.

What's more, she argues "there will be grandstanding on and efforts to eliminate the non-existent funding of abortion in health reform and there will immediately be pressure not to include contraceptive coverage as preventive care in the regulations to be written by the Department of Health and Human Services." And then there's Senator-elect Ron Paul, who is "chomping at the bit to introduce legislation conferring rights on fertilized eggs at the national level."

Nancy Northup, president of the Center for Reproductive Rights, made a similar argument in a press release:

Yesterday's election was not a referendum on reproductive rights, but a reflection of voters' deep economic concerns. But reproductive rights will be collateral damage. ... On the federal front, there are already members of Congress who would use any means to block access to abortion, and they just got a slew of new allies. We anticipate that anti-choice leadership in the House, buoyed by new members, will aggressively attempt to push through anti-choice measures.

The biggest threat, though, is on the state-level, she says. In this year alone, "state lawmakers introduced more than six-hundred bills intended to restrict women's access to abortion," she reports.

I think this tweet from @EttaDevine says it best: "Hold on to your vaginas for the next two years or government will try and do it for you."