The Republicans who think they just won a popularity contest

Some of the nation's most divisive, least likable politicians begin to imagine that America really loves them 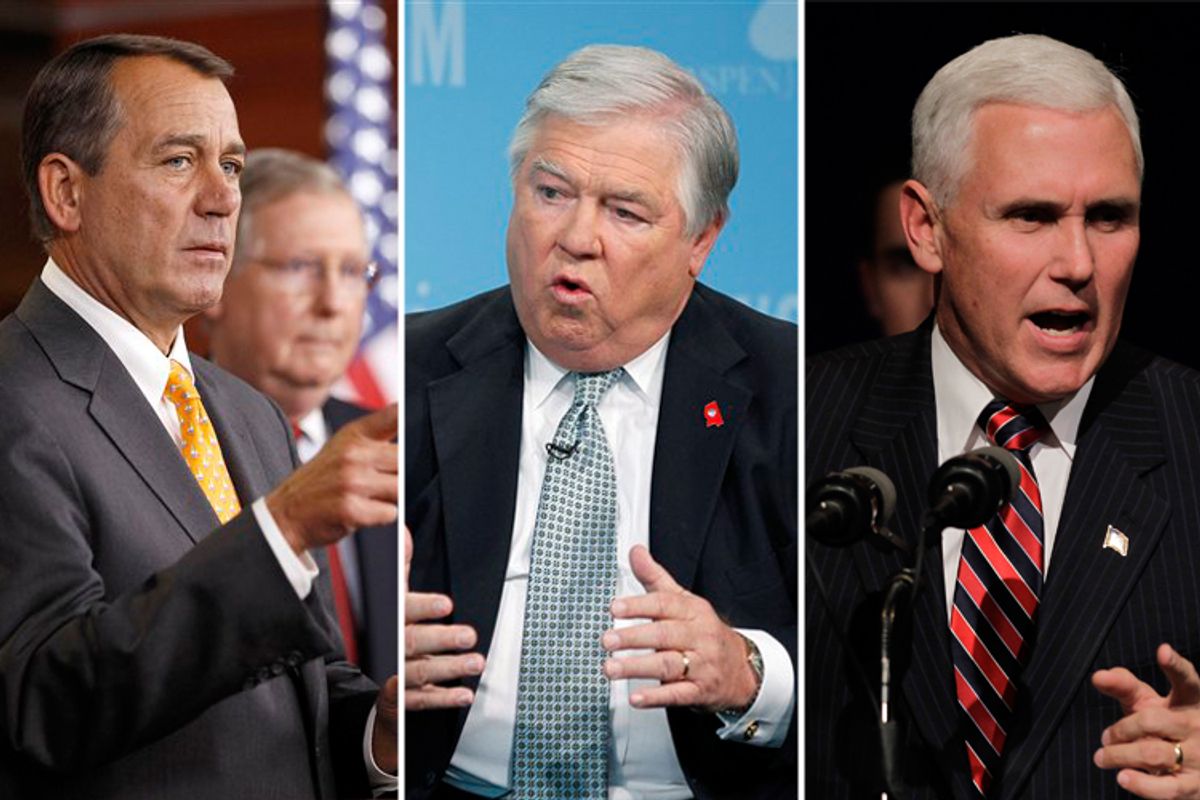 Mike Pence has quit his position as House Republican Conference chairman -- the No. 3 position in Republican leadership -- in order to begin his campaign for president. Yep, Mike Pence, from Indiana. That guy.

Oh, he may settle for governor, but I really hope he makes a presidential run, because, really, the only thing Democrats have to look forward to right now is a bunch of unlikable old white Republicans suddenly deciding that this election was actually decisive proof that voters love them, personally.

Pence thrilled the Values Voters Summit, the annual gathering of the sort of Republicans that make Americans hate Republicans, and he won their straw poll -- like Mike Huckabee before him.

(Even better: Michele Bachmann, who's great for fundraising but really not that great at appealing to anyone who doesn't read Big Government, wants to replace Pence in the House leadership.)

Everyone remembers John Boehner crying last night, and while he's a guy who just enjoys a good public cry every now and again, it did show that he interpreted the results as an endorsement of the governing philosophy and inspirational biography of John Boehner, leathery country club Republican and eventual leader of one-half of America's least favorite governing institution. With a small army of new Michele Bachmanns to corral -- and with no inclination to engage in "moderation" -- Boehner will soon be another interchangeable symbol of a "do-nothing Congress" engaged in "partisan bickering."

The Democrats who won in the last couple of cycles were so terrified of committing the "overreach" that they were destined to be accused of no matter what that they punted even on surefire winners like raising taxes on the rich -- but at least Nancy Pelosi ran the House to maximize accomplishments, not to burnish her personal brand. A bunch of emboldened Republicans who think the nation loves them for them ought to at least make for good entertainment while the nation eases itself back into the ditch.