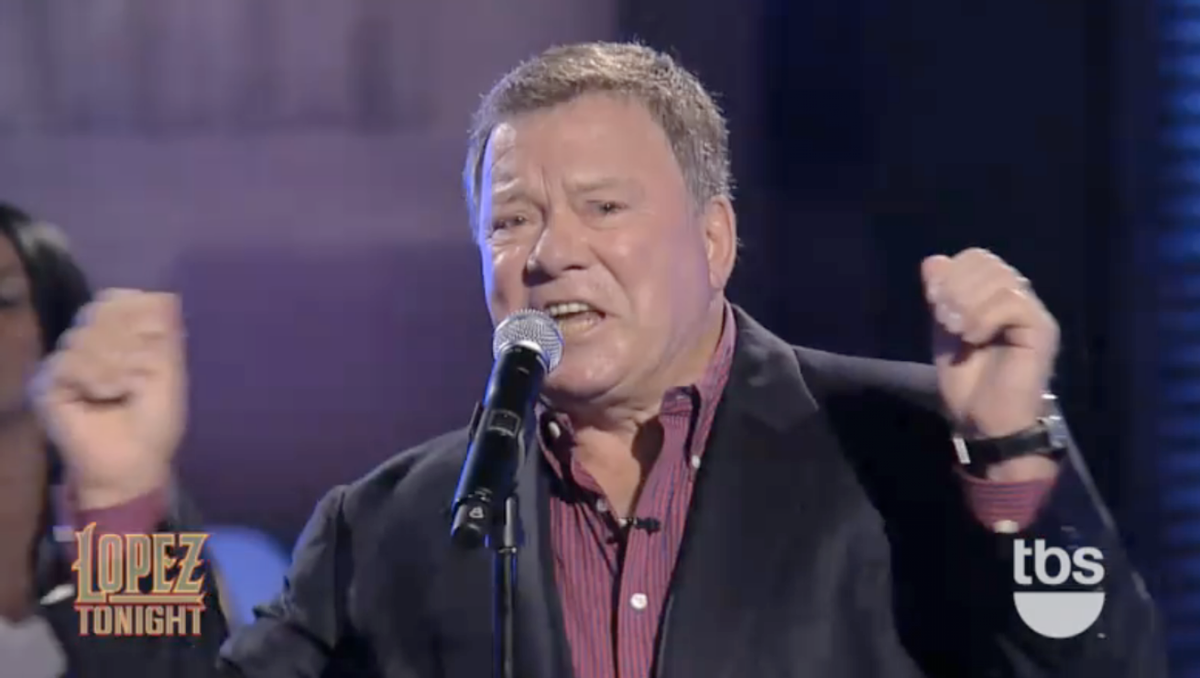 Gods of late night comedy and off key singing; you have been too good to us this week. On Monday, you bestowed the odd little bonbon of Will Ferrell and boxer Manny Pacquiao dueting to the John Lennon classic "Imagine" on "Jimmy Kimmel Live." Why, aside from the fact that Ferrell has a new movie to promote, did this happen, you ask. Why was Ferrell in a white suit? What does he have to do with Manny Pacquiao? And why did the whole bit employ every screen wipe in the big book of TV screen wipes? Because any way you serve it, two men singing about harmony with zero regard for the musical meaning of the word is awesome, that's why.

Of course, that feel-good sentiment was appropriate for the world we lived in on Monday. By the day after the election, a different mood was prevailing in the land. And who but William Shatner should usher it in?  Appearing on George Lopez, the star of the most almost-obscenely-named sitcom on television, "$#*! My Dad Says," announced, "We're talking about words you can't say? I'm going to say it!" He then proceeded to do a bleeped out, quintessentially Shatner version of a song that was surely in the hearts of many Americans that night – Cee Lo Green's infectious, bitter, and incredibly foulmouthed anthem "Fuck You." (In deference to his sitcom, he did change a scatological lyric to "Ain't that some stuff?")

In much the same way that non-singer Jimmy Fallon stole the show when he and Justin Timberlake took a tour through the history of rap back in September  -- and brought down the house with his Snoop Dogg -- there's something about the combination of a late night, a funny man or two, and a shameless willingness to belt one out in a voice that generally belongs strictly in the shower. San Francisco Giant Brian Wilson is scheduled for Leno Thursday night. And sure, he closed out the World freaking Series, but a Beach Boys tribute chorus or two of "I Get Around" would really rock our worlds.