Her son's gender-bending Halloween costume outraged other parents -- so she penned an eloquent, moving response 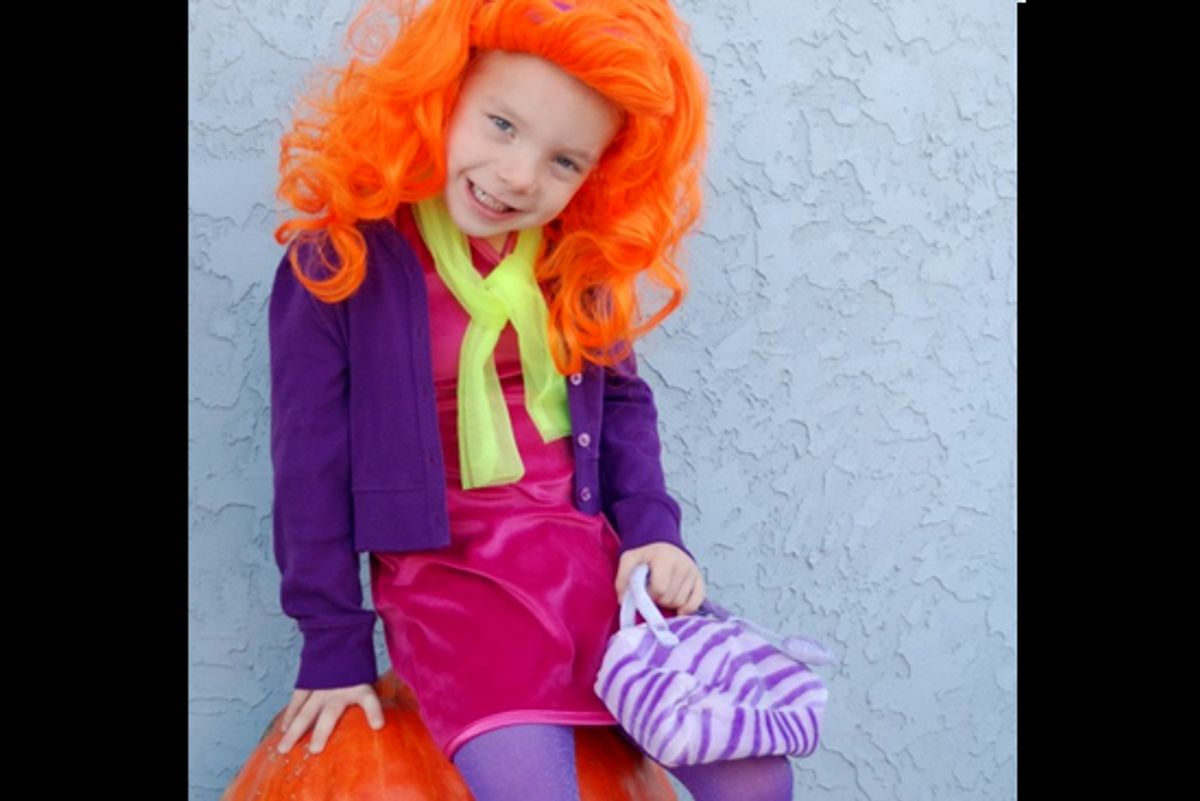 This is how it's done, folks. When the Bible Belt blogger known as Nerdy Apple Bottom's 5-year-old son wanted to be Daphne from Scooby Doo for Halloween this year, she supported his costume choice, orange wig and pink boots and all. Because duh, it's Halloween; the point is to be somebody you're not.

On Friday, the self-described "cop's wife" hinted about her child's experience at school that day on her blog by saying, "I am so proud of my brave little Daphne…. He had a few moments where he was worked up about people making fun of him, but mustered up the courage to go for it. He held his little orange wig high today," and  "for those of you that looked at my sweet boy in disdain this morning, or looked at me funny for 'allowing' my son to be what he wanted to for Halloween, or made those snide and unnecessary comments -- your lives are small, your tact is lacking, and you can SUCK IT!"

This week she expanded on the experience and the sentiment, with a warm, funny cri de coeur entitled "My son is gay." She went on: "Or he’s not. I don’t care. He is still my son. And he is 5. And I am his mother. And if you have a problem with anything mentioned above, I don’t want to know you." Bada BING.

It should be a no-brainer that 5-year-old boy who dresses like Daphne one day a year is not automatically gay or transgendered -- although obviously, if he had wanted to be Velma, he'd be a lesbian. The point is, as the mom blogger beautifully expresses it, so what? And furthermore, "I am not worried that your son will grow up to be an actual ninja so back off."

It didn't take long for Nerdy Apple Bottom's eloquent, passionate post to start making making the rounds as a refreshing example of great parenting in action – and a sobering reminder that even the youngest boys and girls who stray outside the most rigid of gender expectations scare the crap out of a lot of people. In a pathetic, non Halloween-ish way.

Though the inevitable handful of trolls has shown up in the blogger's comments, the response has been overwhelmingly supportive, positive and wildly enthusiastic. Think of it as nature's way of refreshing our faith in humanity after Clint McCance's notorious Facebook diatribe last week that "I would disown my kids they were gay. They will not be welcome at my home or in my vicinity. I will absolutely run them off."

The clear and simple message to accept your children – whether they're gay or straight, in pink boots or prepubescent boy bands -- got another boost on Wednesday, when, in an interview with Access Hollywood, Ricky Martin shared the story of coming out to his mother. "She said, 'Come on, give me a hug. You are my son and I love you and I will always be here for you. And then my father told me… 'You don’t have to say a word. I love you and I just want you to be happy.'" Any questions?

As the blogger herself says it, "If he wants to carry a purse, or marry a man, or paint fingernails with his best girlfriend, then ok. My job as his mother is not to stifle that man that he will be, but to help him along his way. Mine is not to dictate what is 'normal' and what is not, but to help him become a good person." And if you want to raise a good man, sometimes you've got to give him the freedom to be an adorable girl.