There are two economic systems in this country. One is on the mend. The other is still coming apart 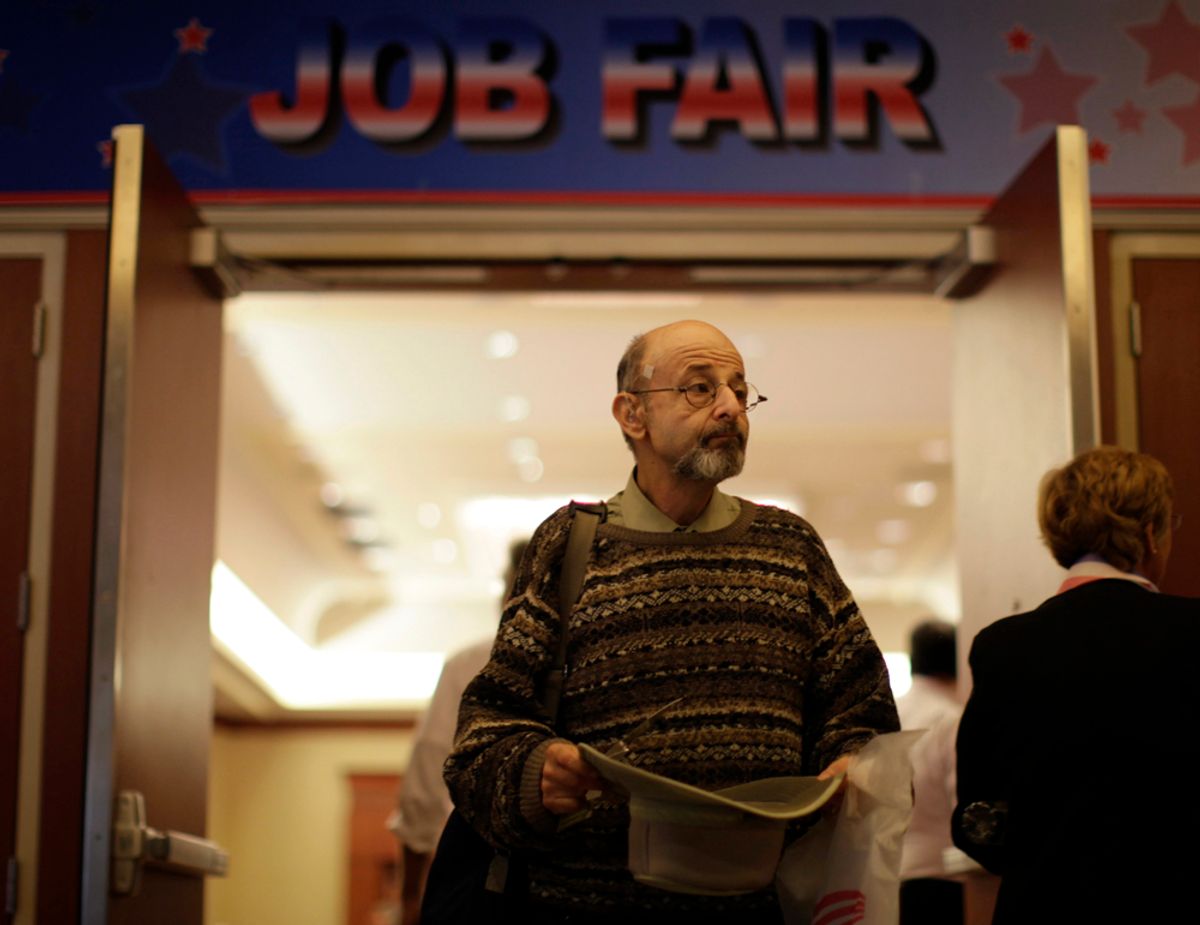 Next time you hear an economist or denizen of Wall Street talk about how the "American economy" is recovering, watch your wallet.

There are two American economies. One is on the mend. The other is still coming apart.

The one that's mending is America's Big Money economy. It's composed of Wall Street traders, big investors, and top professionals and corporate executives.

The Big Money economy is doing well these days. That's partly thanks to Ben Bernanke, whose Fed is keeping interest rates near zero by printing money as fast as it dares. It's essentially free money to America's Big Money economy.

Free money can almost always be put to uses that create more of it. Big corporations are buying back their shares of stock, thereby boosting corporate earnings. They're merging and acquiring other companies.

And they're going abroad in search of customers.

Thanks to fast-growing China, India and Brazil, giant American corporations are racking up sales. They're selling Asian and Latin American consumers everything from cars and cellphones to fancy Internet software and iPads. Forty percent of the S&P 500 biggest corporations are now doing more than 60 percent of their business abroad. And America's biggest investors are also going abroad to get a nice return on their money.

So don't worry about America's Big Money economy. According to the Wall Street Journal, Wall Street's bonus pool is already up 5 percent from last year. The Dow Jones Industrial Average is back to where it was before the Lehman bankruptcy filing triggered the financial collapse. And profits at America's largest corporations are heading upward.

But there's another American economy, and it';s not on the mend. Call it the Average Worker economy.

Last Friday's jobs report showed 159,000 new private-sector jobs in October. That's better than previous months. But 125,000 net new jobs are needed just to keep up with the growth of the American labor force. So another way of expressing what happened to jobs in October is to say 24,000 were added over what we need just to stay even.

Yet the American economy has lost 15 million jobs since the start of the Great Recession. And if you add in the growth of the labor force -- including everyone too discouraged to look for a job -- we're down about 22 million.

Or to put it another way, we're still getting nowhere on jobs.

One out of eight breadwinners is still out of work. Most families in the Average Worker economy rely on two breadwinners. So if one out of eight isn't working, chances are high that family incomes are down compared to what they were three years ago.

And that means the bills aren't getting paid.

According to a recent Washington Post poll, more than half of all Americans -- 53 percent -- are worried about making their mortgage payments. This is many more than were worried two years ago, when the Great Recession hit bottom. Then, 37 percent expressed worry.

Delinquency rates on home loans are rising. Distressed sales are up as a percent of total sales.

Most people in the Average Worker economy own few shares of stock, if any. Their equity is in their homes. But with all the delinquencies and distressed sales, the housing market has a glut of homes for sale. As a result, home prices are still dropping. So the net worth of most Americans is still dropping.

And even though interest rates are falling, most people in the Average Worker economy can't refinance their homes. They can't get home equity loans. Banks don't want to lend to the Average Worker economy because people in it are considered bad credit risks. They still owe lots of money, their family incomes are down, and their net worth has fallen.

And according to the Reuters/University of Michigan survey of American consumers, expectations about personal finances are at an all-time low.

Inhabitants of the Average Worker economy aren't so sure. The economy has been so bad they're angry at politicians. They showed their anger at the ballot box. They took it out on incumbents.

But if nothing changes in the Average Worker economy, there will be hell to pay.