My son can use the Internet all he wants

Call me a bad mother if you must, but after two decades of raising kids, I've learned technology isn't the enemy 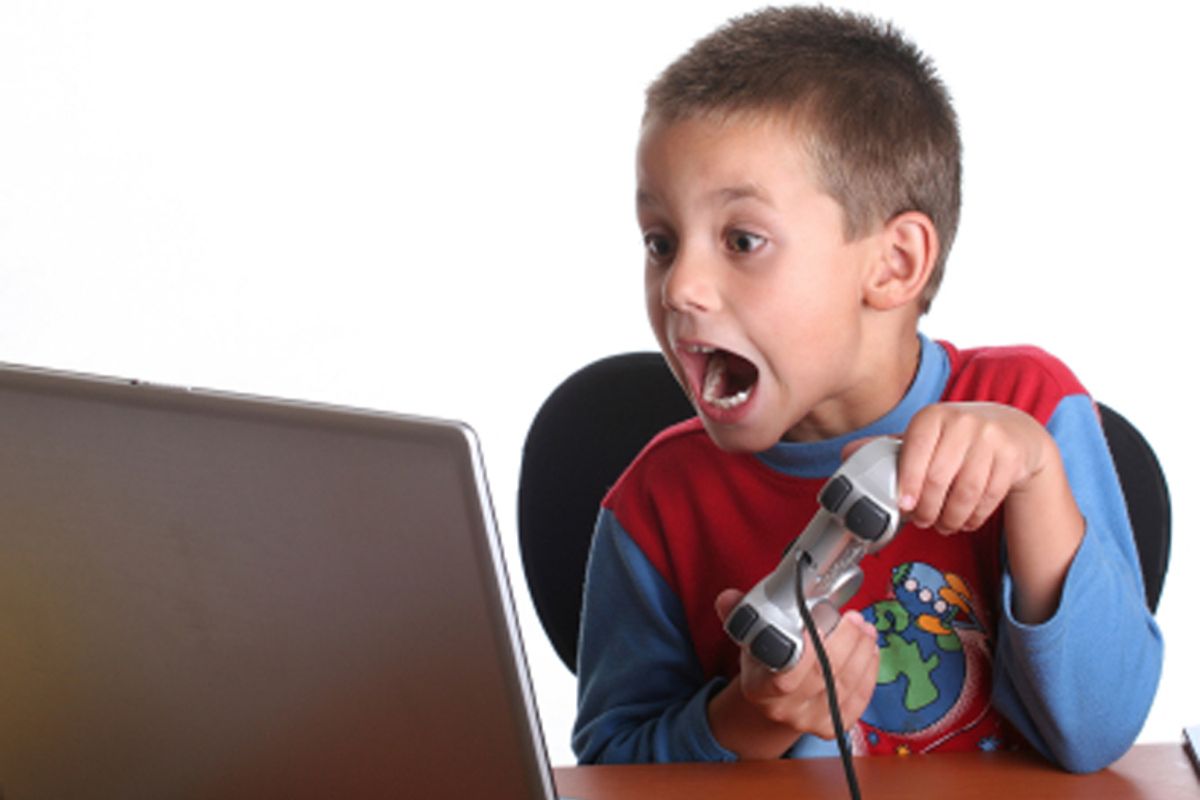 A few days ago, a friend stopped by while I was working at home. My 13-year-old son was home, too. As we passed the living room, my friend said, "How long will you let your son stay on the computer?"

I shrugged. "I don't know. Until it's time to do something else."

"What? That's criminal!" My friend made a face. You know the face: the I'm-a-better-mom-than-you-are face. "I let my boys have an hour a day on the computer. Tops. Then I kick 'em outside."

"Well," I said, and then stopped. What else was there to say? "You're a better parent than I am?" "Your kids probably have bigger muscles?"

I've been a mother for 22 years now. With three boys and two girls in our household, I've been doing battle with screens for almost that long. I still get exhausted remembering how hard I fought to keep our two oldest sons off the computer. Every time I made a rule, they'd find a loophole. Like the time I told them they couldn't have screen time between 9 a.m. and 5 p.m. on weekends, and discovered -- weeks later --  they were setting their alarms for 5 a.m. to ensure that they'd get their four hours of "World of Warcraft" in before breakfast.

Recently, one of my sons confessed, "You know, I was playing computer games until, like, 2 a.m. in high school. I just waited until you went to bed."

That was around the time that he was hooked on "Everquest," an online role-playing game that drew in so many viewers that it was widely known as "Evercrack."

And where is that son now? He graduated from a great college, and found a job three days after graduation in an advertising firm in Boston. A company that specializes, by the way, in supporting websites for their clients.

Our oldest son, meanwhile, graduated from a great college as well, and has made his way to Los Angeles, where he's working as a production assistant in the film industry. He was just named second assistant director for a Web TV pilot.

My youngest son, the last one at home, takes bass guitar lessons, does gymnastics, loves to rock climb and hike. But he's also on the computer every spare minute. Once in a while, it's homework-related -- his school gave him a great geography game to play online, and he can now name more countries on a map than I can. He also does math and science online rather than bring home textbooks. Usually, though, his time on the computer is spent pursuing his own interests.

He built a hovercraft after seeing someone do it online, out of a shower curtain, a piece of plywood, and a leaf blower. It actually worked. He learned all about microwaving potato chip bags and building Lego guns through YouTube. He plays his bass along with the Red Hot Chili Peppers and Queen online. ("Did you dress like that in the '80s, Mom?" he asked recently. "God, I hope not.") He learned how to do flips on the trampoline by watching kids demonstrate on YouTube. And lately, he has been learning the algorithms for solving the Rubik's Cube from Dan Brown online.

Does he read books, this boy of mine? Only if I make him. Which I do. I am, after all, a writer and a book collector, and sometimes I fantasize about having one of those dreamy kids who stays up all night reading books like I did. But, let's face it: Kids seem well-equipped to learn online. This particular son of mine knew all about how BP was going to clean up its spill before I did; he also followed the recent elections online. He can tell me where the most shark attacks occur in the world and he's currently looking up the value of individual Magic cards -- his new obsession. If this kid wants to know something, he Googles it.

"It's an age of instant gratification," my sniffy mom friend declared, when I pointed out how much my son learns on the computer. "These kids don't know how to work hard. The computer is making kids stupider."

Her declaration echoed that popular article "Is Google Making Us Stupid?" originally published by Nicholas Carr a couple of years ago in the Atlantic Monthly. Carr's piece led to fiery debates about how human intelligence is changing. (Laura Miller wrote about Carr's piece on Salon, and you can read a great summary of the debate put together by the Pew Research Center here.)

Maybe it's true that access to technology, and to such rapid-fire information, is making our children seem like they have shorter attention spans. My son recently declared that when he's reading, "I feel like I'm not doing anything." On the computer, on the other hand, his hands are engaged, and the visuals on the screen are more entertaining than those black-and-white ants marching across the pages of his books. Books are slow, he complains.

Let me repeat: I still try to make him read half an hour a day, if nothing more. Yet, I'm also well aware that I, too, would have learned on the computer if I'd had one growing up. I don't buy my friend's argument that my boys have had their learning stunted by the computer. Whether children absorb information by reading or online, learning new things makes them want to learn more. Children are inherently curious, active learners. Aren't the skills of building cities and fighting battles online -- especially done in teams -- worthy? And isn't the ability to discover, sift through and analyze new information essential to survival in the digital age?

There is an infinite amount of knowledge. Why not soak it up as fast as you can, in a community of online learners, game players and musicians who come not just from your own neighborhood, but from around the world? For kids with computers, learning has no boundaries.