"Due Date": Downey, Galifianakis on road to nowhere

Two beloved movie eccentrics, a Subaru and a bunch of weed -- how can this add up to such a dim comedy? 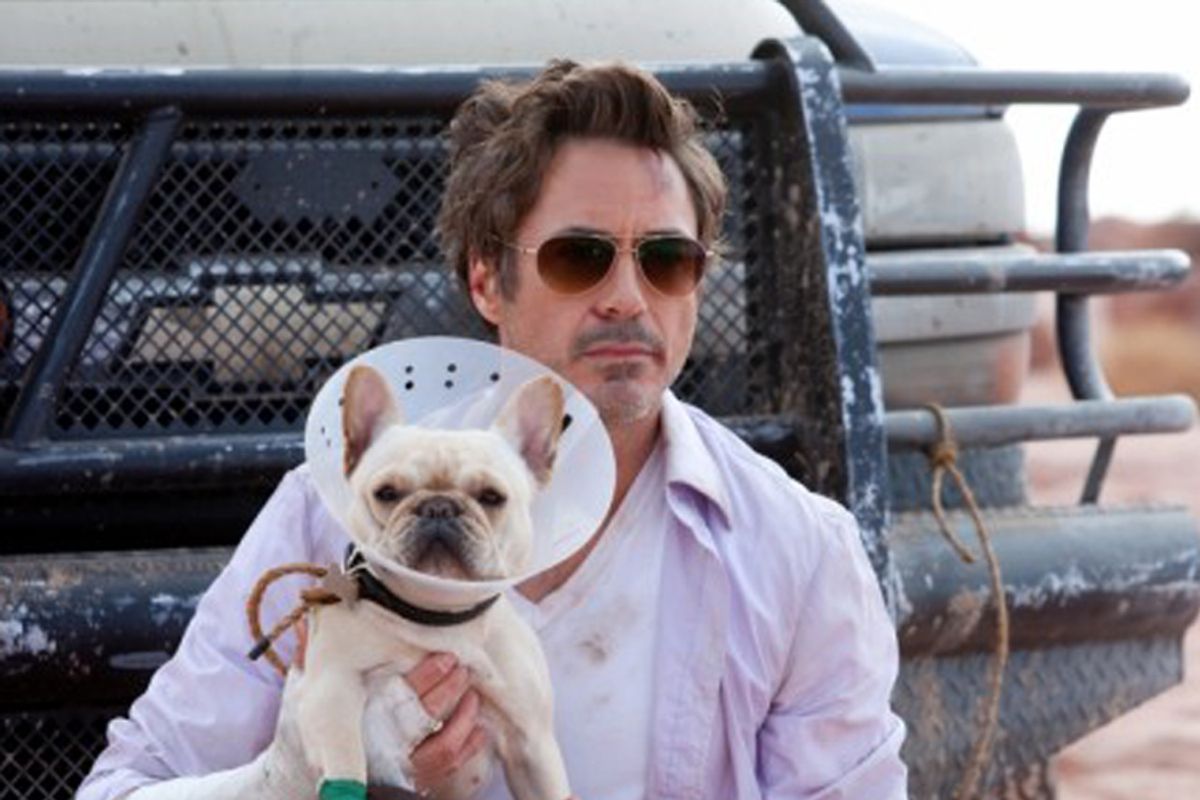 You would think that any movie where Zach Galifianakis gets Robert Downey Jr. hella stoned and then dazzles him with explications of the brilliance behind "Two and a Half Men" is bound to be a good time. I mean, you would, right? But dude-comedy specialist Todd Phillips' new "Due Date" is an oddly listless and downbeat affair, setting these two beloved eccentrics adrift in a road movie that's rarely funny enough to connect as absurdist comedy and rarely compelling enough to work as recession-era male-bonding melodrama.

Both guys are fun to watch, at least in patches. Downey, of course, would be entertaining if he were reading stories from the Financial Times out loud; there's no living American movie actor who seems both so effortless and so effective. If he plays pretty much the same soulful wiseass in every movie, the characters are somehow all individually convincing, or maybe they're all subsets within the much larger performance of playing Robert Downey Jr. It could be a gag, all by itself, that Downey plays a straitlaced architect in "Due Date," a tightly wound Type-A achiever who's never done drugs and is mortified to find himself trapped with Galifianakis' loser deadbeat on a cross-country road trip. But his performance is low-key and largely realistic, and never remotely resembles shtick.

Galifianakis also plays versions of the same guy in every movie, and lately, as here or in the underappreciated "It's Kind of a Funny Story," he's been pushing his cuddly but delusional characters in a darker direction. If Downey's Peter Highman just wants to get from Atlanta to L.A. in time for the birth of his first child, Galifianakis' Ethan Tremblay is an aspiring actor who's on his way to Hollywood with a bad perm, no discernible talent and his dad's ashes in a French Market coffee can. He also runs an unofficial fansite devoted to the aforementioned sitcom, itsrainingtwoandahalfmen.com. (If you're wondering, Warner Bros. has that site parked but hasn't done anything with it, which may sum up this movie better than anything I can say.)

In fact, Phillips seems to be going for, or at least flirting with, a naturalistic edge in "Due Date" that's pretty much absent from his ribald, free-associative hit comedies, from the overpraised if highly entertaining "The Hangover" back to "Old School" and "Road Trip." That's admirable and respectable and all, but the road to heck is paved with good intentions, Todd. What he needed here was more than a pair of terrific actors and a promising, if hackneyed, screwball-bromance premise. He needed a script, and "Due Date" has one of those overly chewed Hollywood screenplays (with four credited writers) that feels like an awkward mélange of moments and ideas taken from older, better movies. There's a whole lot of "Planes, Trains and Automobiles" in this movie, and some bits of "Rain Man," flavored by almost every jerk-plus-nerd comedy ever made, up to and including this summer's "Dinner for Schmucks" (which was kind of a misfire, but might not be measurably lamer than this one).

Peter and Ethan get stuck with each other thanks to a terrorism-related misunderstanding that gets them kicked off the plane at Hartsfield Airport, a piece of post-9/11 farce that was handled much better in "Harold & Kumar Escape From Guantanamo Bay." Peter loses his money and his ID, and has no choice but to ride along in Ethan's Subaru Impreza with a masturbating dog and the coffee can full of Pop. This part of the movie is vaguely depressing and bad-tasting, as the duo sleep at rest stops, visit an Alabama weed dealer (an amusing cameo for Juliette Lewis) and take a beat-down from a disabled Iraq vet. We're supposed to be heading toward the moment when douchey Peter helps deadbeat Ethan grow up, the latter helps the former become a human being, etc. But mostly we're just killing time.

Correctly fearing that the movie's become terminally unfunny, Phillips cranks up both the dumb factor and the stunt budget in the second act. So in short order we get a near-fatal car accident, a largely irrelevant supporting turn from Jamie Foxx and an accidental side trip to Juárez. Sure, the "clambake" scene I mentioned at the beginning -- that's where you roll up the windows of your car and, y'know, burn it, homey -- is amusing; it's not like "Due Date" doesn't have its moments. But it seems like a movie that never engaged anybody's full attention, and watching these two enjoyable actors try to yak their way through a bunch of sub-mediocre dialogue and situations is pretty dispiriting. Maybe "Due Date" will turn out to be a steppingstone to new ventures for Todd Phillips; for the rest of us, it's more like a midwinter anti-insomnia download rental.