In December, the GOP has a chance to turn Tea Party dreams into reality. But are they crazy enough to take it? 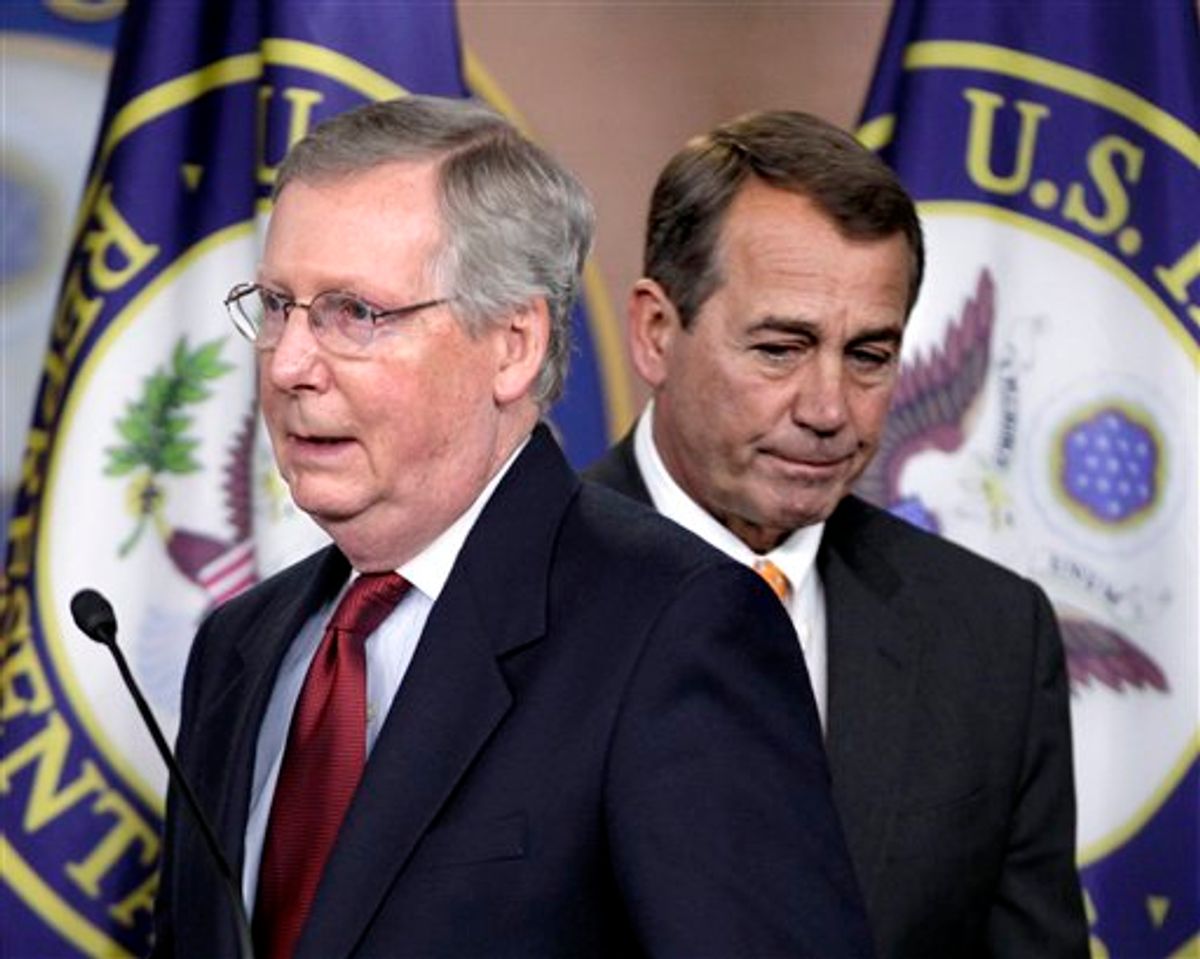 At Capital Gains & Games, inveterate budget watcher Stan Collender makes a not quite convincing argument that Republicans would be misreading "the political tea leaves" if they don't move immediately to shut down the federal government.

The current "continuing resolution" that funds all government agencies operating under annual appropriations will expire in December. So even before the new Congress begins, Republicans have an opportunity to put some beef behind their campaign promises to cut government spending by filibustering any attempt to extend the resolution.

Collender believes that if Senate Republicans fail to oppose an extension, they will enrage their Tea Party base, set themselves up for the possibility of leadership challenges when the new Congress begins, and create logistical difficulties that will hinder their chances next year of getting the kinds of spending cuts they want. Maybe so, but I find some difficulty in accepting that the Republicans will be playing from a weaker hand once they have an imposing majority in the House and a smaller minority in the Senate.

The more provocative question is in what universe does it make sense to shut down the government when the economy is barely alive and unemployment is pushing 10 percent? My Salon colleague Steve Kornacki did a great job in September of explaining how the budget showdown between Newt Gingrich and Bill Clinton turned into a political disaster for Republicans. It's hard to see how we're not due for a rerun.

A few years ago, the Congressional Research Center produced a nice summary of the 1995-96 shutdown. Here are some highlights.

When Clinton and Gingrich tussled, the economy was in pretty good shape, but the general public still viewed the shutdown as irresponsible. How will curtailing government services while furloughing and eventually firing hundreds of thousands of government workers play in the current climate?