Should women fight on the front lines? 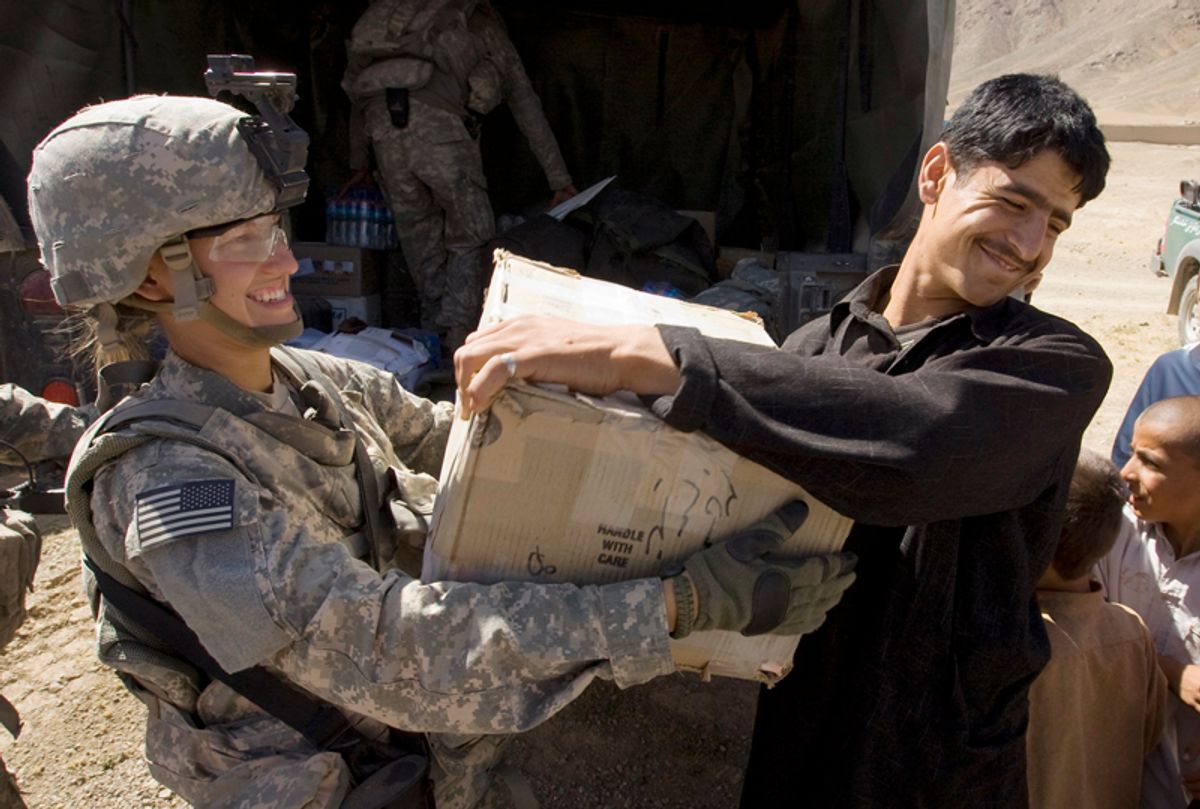 Despite restrictions on women fighting on the front lines, female soldiers are now fully sharing "the risks of their male counterparts," according to a top military official. In a speech Thursday, Adm. Mike Mullen, chairman of the Joint Chiefs of Staff, said that the reality of war in Afghanistan and Iraq is that "there is no longer a clear delineation between the front lines ... and the sidelines," CNN reports. "The war can grab you anywhere, this will be the first generation of veterans where large segments of women returning will have been exposed to some form of combat," he said. This raises an obvious question: If women are already fighting on the front lines -- or rather, if there is no longer a difference between the front lines and the sidelines -- why not officially allow them to take combat roles?

Current U.S. policy bans women from units engaged in direct combat missions. In 2005, the House Armed Services Committee tried, and failed, to push forward a plan to further restrict women's service by banning them from units that offer even support to front-line combat troops. There are physical concerns, namely that women aren't as physically powerful and will weaken the military. Much of the resistance to allowing women on the so-called front line is transparently paternalistic, though. A 2007 RAND report gives a sampling of such commentary:

Advocacy groups and pundits have inquired, "Do we really want America's mothers on the frontlines of the War on Terror?" "Why were the [American] women so vulnerable to capture and likely abuse as prisoners?" and "Engaging the enemy in this uncivilized thing we call war is a job for men, not women."

There is a pervasive cultural belief that women are meant to be protected, not to do the protecting themselves, the report notes. There is also the argument that women's presence could distract male soldiers and undermine the brotherhood of a unit -- which sounds a lot like the arguments made in favor of "don't ask, don't tell." Then there's the potential for sexual assault, humiliation and torture. Right, because 1) male captives are immune to such threats, and 2) women don't already face the threat of sexual assault from their fellow soldiers?

It isn't just that the policy against women on the front lines seems outdated (both in terms of sexual politics and the nature of the wars in Afghanistan and Iraq). As the National Defense Authorization Act explained, "The committee is aware that service women ... have encountered difficulties in gaining proper recognition for their service, both within the services and when they leave active duty and seek assistance" -- in the way of healthcare and benefits -- "from the Department of Veterans Affairs." Which is to say: Female soldiers are cheated of acknowledgment for roles they are already filling.