Don't throw out the skin from your chicken. Turn it into crisp, airy cracklins! Chickarrones for everyone! 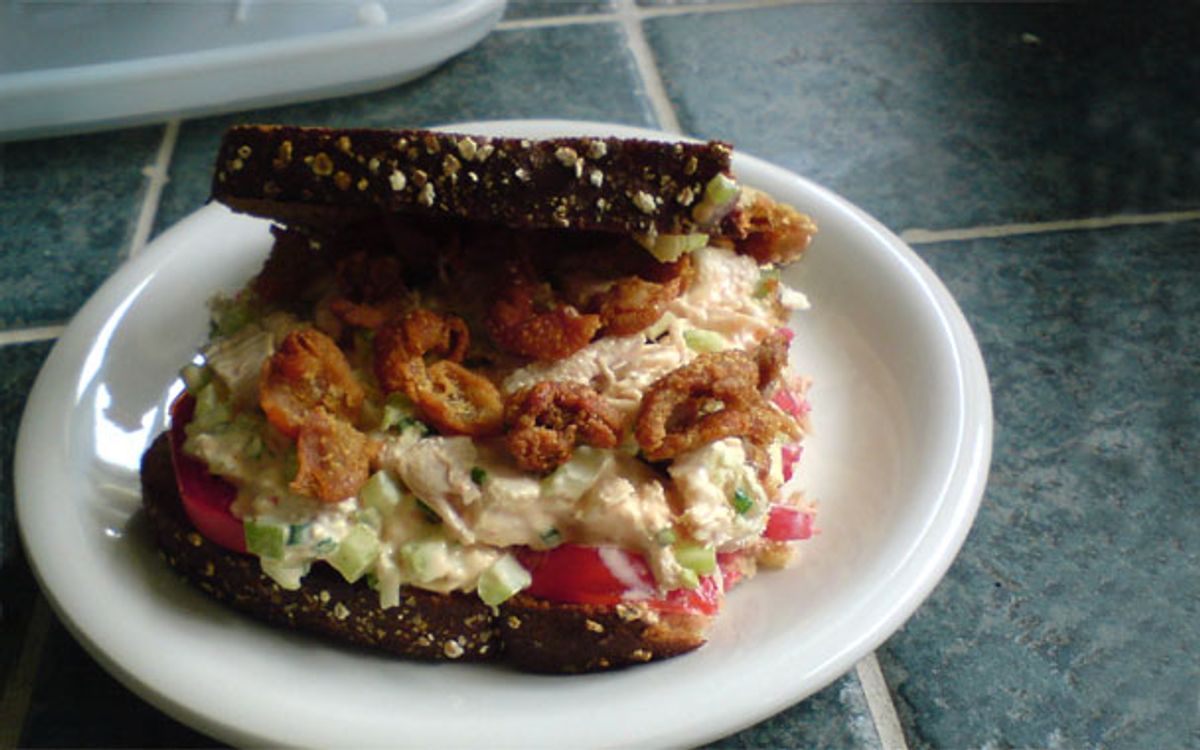 My ladyfriend is mostly a vegetarian -- but, I one day found, with a don't-ask-don't-tell policy on meat stock. Excited by the news, I ran to the store for chicken bones, only to find a whole bird that was almost the same price. I wasn't happy to buy into the system that would render such an economic improbability true, but, in a misguided reading of vegetarianism, I bought it anyway. I mean, the cheap chicken was probably an industrially made android, and barely a real animal in the first place. (I'M JOKING, PEOPLE.)

I separated the poor thing from its skeleton and started cooking the bones in water with some vegetables. After a little while, with visions of chicken salad dancing in my head, I skinned and defatted the meat to poach it in the stock. (Which, incidentally, also makes the stock richer. Win-win.)

If so, I hope you did what I did: fried it all up into chicken cracklins, the noblest form of chicken byproduct. Crunchy and airy and rich and salty, a few of them can send a chicken salad sandwich to a higher plane or make a perversely delicious topping for, well, anything. You know how it's food-dork cool to sneak bacon into everything? Imagine how totally cool you would be sneaking the best part of fried chicken into everything.

Chicken cracklins aka chickarrones* aka the Path to Avian Enlightenment

Note: Strain the fat through a very fine strainer or cheesecloth and save it in the fridge. Cook things in it without telling anyone and wait for people to ask you why your food tastes so good. It's up to you to tell them the truth.