Journalists are citizens, too 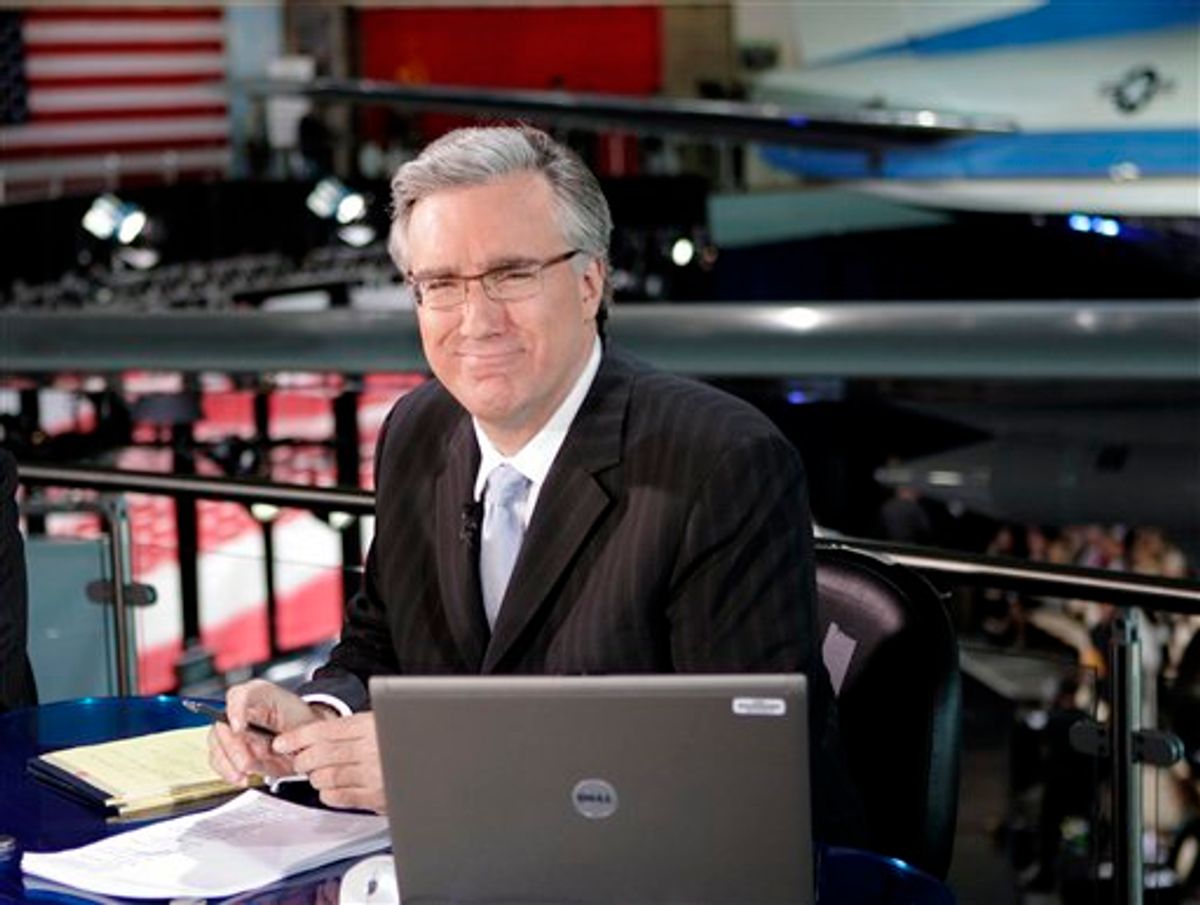 As America tucked into bed last night, a light went on somewhere in NBC News headquarters in New York. A computer was booted up. A statement was tapped out and released into the wild:

After several days of deliberation and discussion, I have determined that suspending Keith through and including Monday night's program is an appropriate punishment for his violation of our policy. We look forward to having him back on the air Tuesday night.

"Several days," of course, meaning the roughly 48 hours of media chatter following the suspension of MSNBC personality Keith Olbermann for his failure to clear $7,200 of political donations with NBC, in violation of corporate policy.

In those two days, more than 300,000 people signed a petition to get Keith back on the air. Pro-Keith Facebook groups were launched. Blog posts were written. Comments on said blog posts reached into the thousands. It was discussed and written about on other news networks and newspapers.

And all this was over a weekend. Unwilling to let the story drag on into the week, NBC clearly decided it was preferable to employ the supple spine needed to survive our modern spin cycle, and it declared "Mission Accomplished."

Like many of these stories, the Olbermann Affair has a lot of layers -- not the least being Keith's tendency to butt heads with his superiors in dramatic, often career-derailing, ways. There was plenty of spewage this weekend about how Fox is still way more biased than MSNBC, and even if it isn't MSNBC's bias is better, because it's more factual.

The most disturbing sub-argument, though, was succinctly stated by Howard Kurtz in his Friday post on the Daily Beast: "When you become a journalist, you give up certain rights."

Kurtz and other journalists argue that the appearance of impartiality demands that people in the media cannot participate in civic affairs the way we civilians can. "You can't write speeches on the side for politicians," he continues. "You can't march in political demonstrations. And you shouldn't be able to donate money to politicians, unless you're hosting a cooking show."

Even Keith Olbermann subscribed to this theory. In November 2008, he told the ladies of "The View" that he doesn't even vote. "It's a symbolic gesture. It's the only thing I can do that suggests even that I don't have a horse in the race."

Which sort of sums up the silliness of the whole exercise. Nobody who has spent more than 30 seconds listening to Keith doubts whom he would have voted for in 2008, if he allowed himself the right. Nobody can really be surprised he donated money to Arizona Democrats (and SB 1070 opponents) Gabrielle Giffords and Raul Grijalva and Kentucky Senate candidate (and Rand Paul opponent) Jack Conway.

Not only does he have a horse in the race, he's ridden that horse into a multiyear, multimillion-dollar contract with MSNBC.

That's fine with me. Nor do I have much problem with Sean Hannity donating money to candidates, or Karl Rove raising money for the GOP by day while shilling for them on Fox by night.

We all know where these people stand, and we have the power to change the channel if we don't care for those stands.

It's absurd to think that policing journalists' private behavior -- from the checks they might write from their personal bank accounts to political campaigns or causes, to the ballot they cast in the privacy of a voting booth, to the rallies they attend on their time off -- somehow makes them appear more "impartial" on air or in print.

That's about as anti-American a statement as you can make. Any profession benefits from a code of ethics, but nothing about being a soldier, or a cop, or a journalist, or an airline passenger should be incompatible with basic civil rights. We are, always, citizens first.