Once again, the Maryland Democrat's ambition is thwarted by his old nemesis, Nancy Pelosi 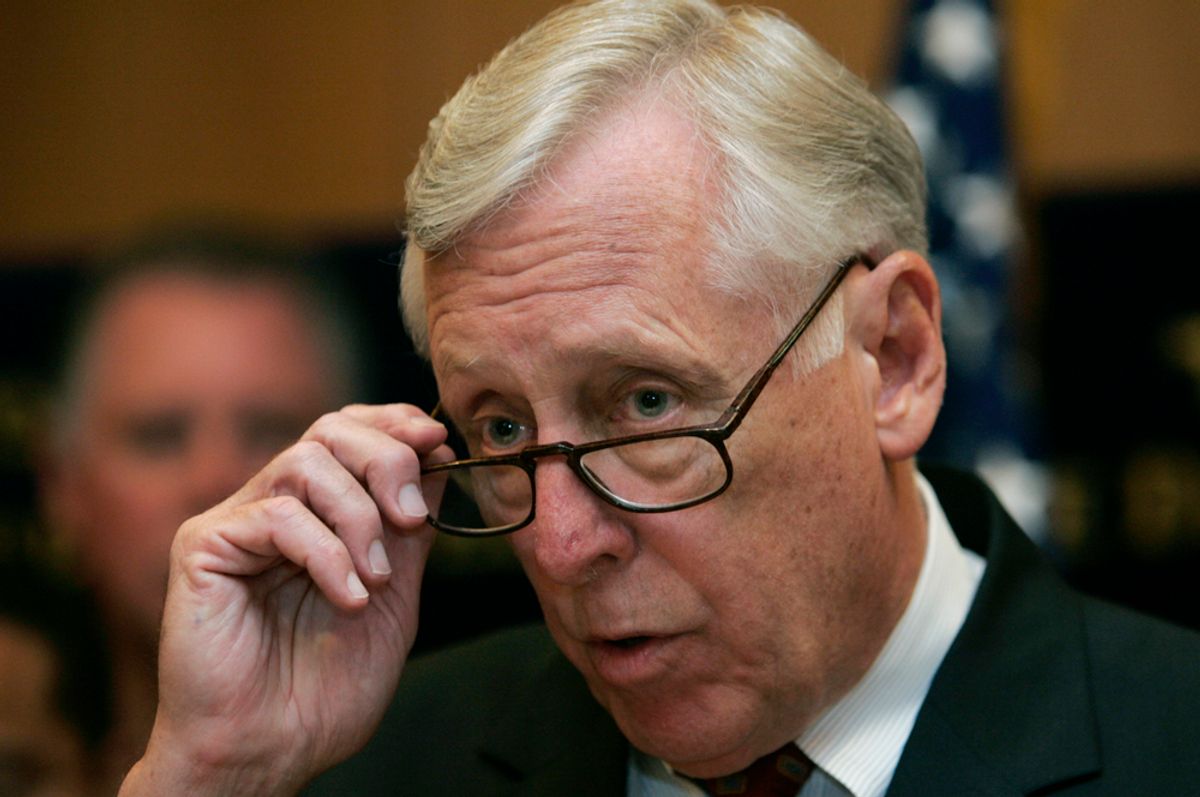 It's been, in case you missed it, a pretty rough week for Democrats. But for most of the party's top leaders, it's not that hard to find a silver lining:

But then there's Steny Hoyer, the current House majority leader. It's tough to find the silver lining for him.

A week ago, just before the election, Hoyer was poised to succeed Pelosi as the top Democrat in the House, since it was widely assumed that Pelosi would step down from leadership -- and from her House seat -- if the Democrats lost their majority. Hoyer and Pelosi are longtime rivals (their relationship dates back to the early 1960s, when the native Marylanders both interned in the office of Sen. Daniel Brewster) and Pelosi had long gotten the better of Hoyer, besting him in a critical 2001 leadership contest (which set her on course to eventually claim the speaker's gavel) and aggressively maneuvering to limit his influence in leadership. When Hoyer's ally, New York Rep. Joe Crowley, was in position to grab the No. 4 Democratic leadership post in 2006, Pelosi pulled the rug out from under him and installed Connecticut's John Larson instead.

But with the GOP takeover looming, it looked like the 71-year-old Hoyer's moment would finally arrive. With Pelosi gone, he'd inherit the top slot virtually by default; in her zeal to insulate herself from potential challengers, Pelosi hadn't set anyone else up to take over for her. So Hoyer would become the new minority leader and, with a (very big) break in 2012, he'd actually end up as speaker.

Except that's not at all what's played out. Instead, not for the first time, Pelosi has stepped in and thwarted Hoyer's ambition. Her Friday announcement that she plans to stay in the House and run for minority leader essentially ruined Hoyer's plan. Pelosi only made the move when it was clear she'd have the votes, so Hoyer had little choice but to acknowledge reality and quickly back out of contention for the top slot. But that wasn't the end of it. As a minority party, Democrats will only have four leadership slots, instead of the five that they now enjoy. Someone will be left without a chair. With Pelosi moving to claim the minority leader's post, the next spot down is minority whip -- a slot that Hoyer is now running for. But the Democrats already have a whip, South Carolina's James Clyburn. And instead of moving down a notch himself, Clyburn is now running for minority whip, too.

There is, in other words, a possibility that Hoyer will end up out of the Democratic leadership altogether, particularly if Pelosi were to throw her weight behind Clyburn's bid. There would be some irony in this, because after the Democrats reclaimed the majority in 2006, Pelosi's first act was to try to flush Hoyer from leadership. But, even though her stock was on the rise, she failed, with Hoyer comfortably beating back a challenge for majority leader from John Murtha. But maybe now, with the ranks of Blue Dogs and New Democrats thinned by last week's results, Pelosi would actually have more leverage?

The smart money is on Hoyer prevailing. As in '06, several key Pelosi allies -- like Ed Markey -- are standing with Hoyer, who now has far more public commitments than Clyburn. It's possible that some compromise will be reached -- maybe an Appropriations Committee slot for Clyburn, a powerful figure in the Congressional Black Caucus?

But even if he wins, it probably won't feel like much of a victory for Hoyer, who just a few days ago was tantalizingly close to claiming the top slot. Instead, he'll have to settle for the No. 2 slot -- and yet another humbling reminder that, as long as he's in Congress, he's destined to be stuck in Nancy Pelosi's shadow.