There's not often much to be said for airplane food, but these treats inspire rapture in award-winning chefs 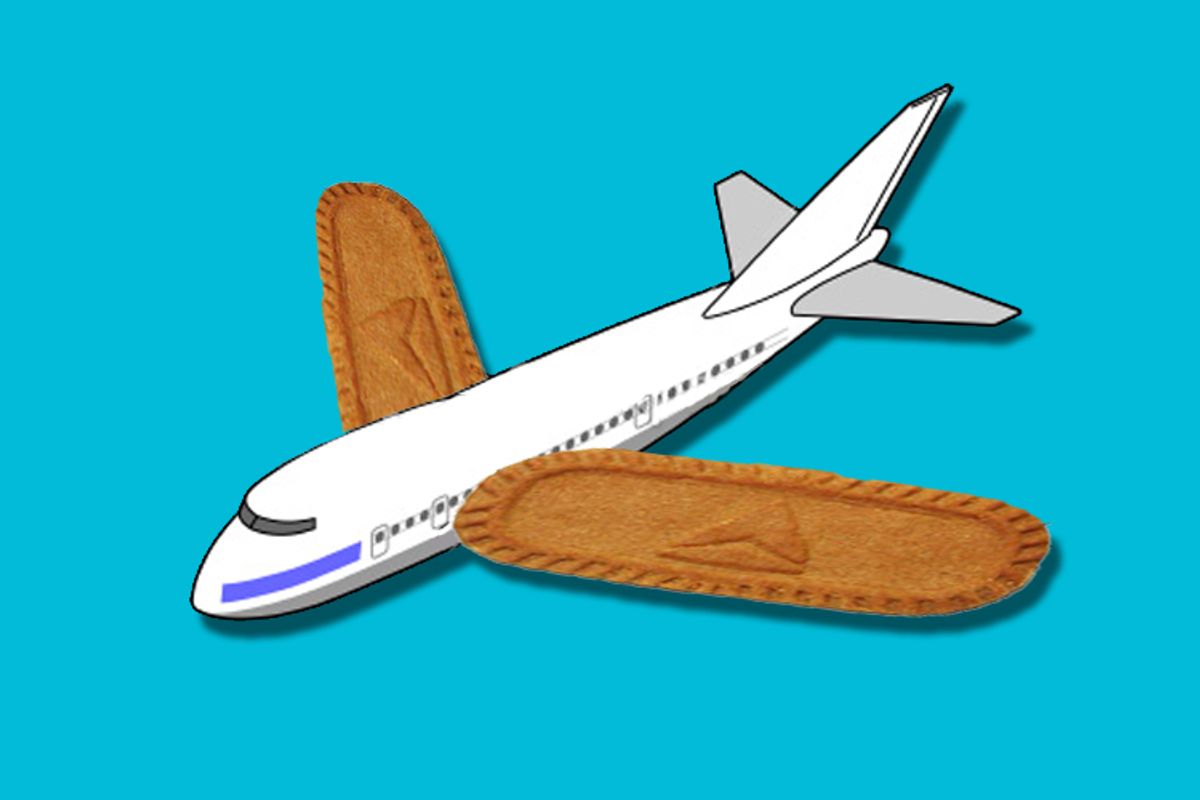 I am a terrible frequent flier. I have eight mileage accounts, which is really confusing because I just realized there are only like three airlines left anyway. But, lately, I find my online-shopping trigger finger itching to buy tickets on Delta, because someone there finally found the key to my brand loyalty: serve a good snack. Nay, serve the best snack in the skies.

Ladies and gentlemen, I present to you: the Biscoff cookie. It's a speculoos, which, despite sounding like either a cartoon or a terrifying medieval medical device, is actually a traditional cookie in Belgium "used to celebrate weddings and births, to teach history, and to chronicle war in Europe." (Congratulations on reaching the end of the single most confusing sentence ever written about cookies.)

OK, so I have no idea what that means. But you don't have to know about Belgium's proud military past to enjoy these things, which taste beautifully and comfortingly of warm spices, caramel and wheat. (If you have no soul, you might say they're like graham crackers. You wouldn't be wrong, but why would you want to live a life with no romance?)

But there's more to them than their flavor. As Ann Cashion, James Beard Award-winning chef of Johnny's Half Shell in Washington, wrote to me:

It's a texture, a mouthfeel thing. They are crisp to the bite, but then they just crumble into tender sand as you chew. Remarkable, really. I have only one source for them: a store near my beach house. So when I go to close the house at the end of the summer, I stock up on enough Biscoff to last me through until April! But they never do last because, well, that's the nature of addiction, right?

But anyway, yes: the cookie. The great Delta cookie. Once you've had them, felt the slight, sudden shock of joy that comes over you while otherwise sitting stuffed and cramped in an unbearably loud machine in the sky, it is possible to find yourself unable to stop thinking about them, to find them popping up in your mind every once in a while when you are tired or hungry or yearning to breathe free. (In fact, while writing this, I could not resist having some and dipped one, for the hell of it, in nice olive oil. It was just about the best thing I've ever put in my mouth.)

You can do as a friend of mine does -- stock up on them whenever she gets on the plane -- or you can do as Ann does and find yourself a store that sells them on land. Or you can order them online and get a cargo-load's worth delivered to your door. Or you can wait, patiently, for the next time fate brings you together, like another James Beard Award-winning chef, John Currence of the City Grocery in Oxford, Miss.:

What I love about the Biscoff is purely existential. Airline travel is on the verge of being unbearable these days. I feel like a feedlot steer being shuttled between uncomfortable sets of circumstances. The Biscoff is the consistent and delicious reminder to me that there is still something good about airline travel, as difficult as it may be to identify, wedged into a center seat. I also appreciate, in a world of over-consumption, that I am limited to those two miniature planks of loveliness. I could eat my weight in them and woe be to my waistline if I were to unleash a box of them and an ice cold glass of whole milk on my gluttonous urges. I have found myself after a trip with the 1-800 number for the Biscoff maker in my hand on an empty wrapper, with the offer of regular consumption, but have always let it go, so as not to spoil that moment on each flight when I want to scream and am saved by those two wonderful cookies.