The White House wants the policy repealed during a lame duck session, but John McCain and the GOP will filibuster 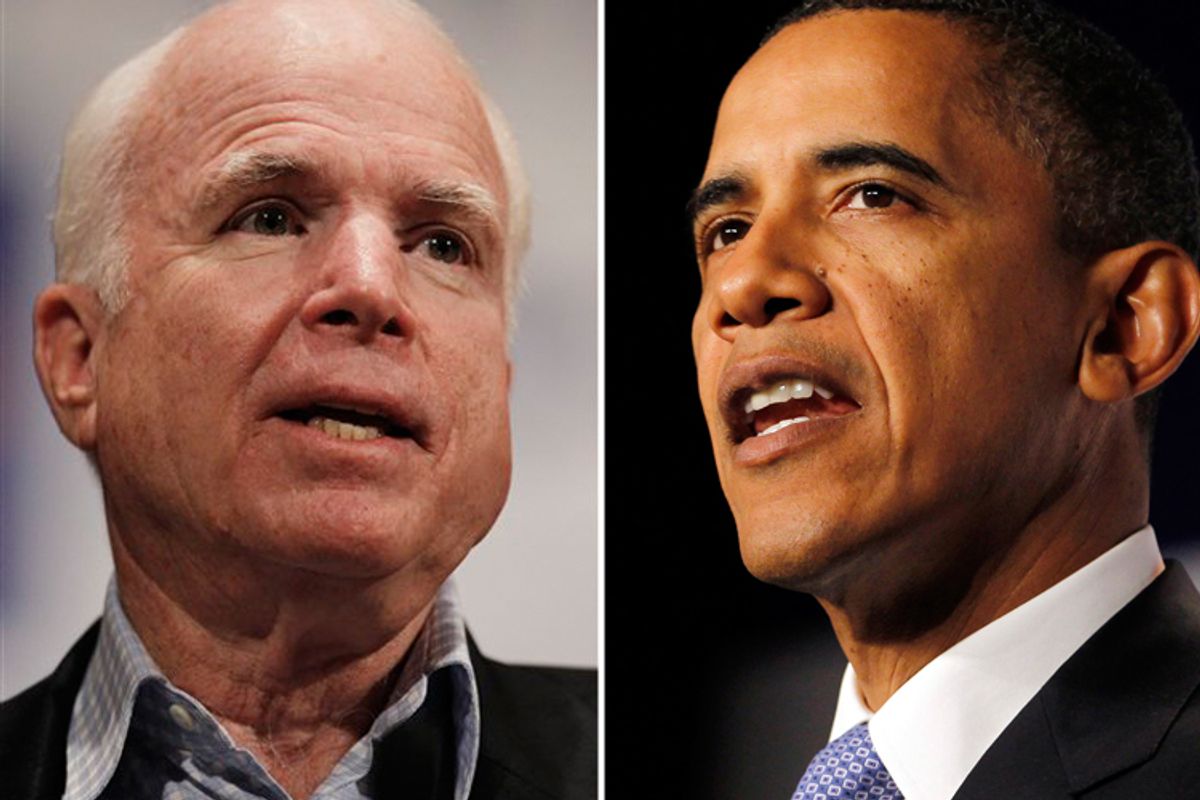 Back in the day (a couple of years ago), voting against the defense authorization bill was political suicide. It meant you didn't support the troops! It meant you literally wanted American soldiers to die. Anyone who opposed the defense authorization bill was basically twice as bad as Osama. Now, though, Democrats put something about gay people in it, so the Republicans will filibuster it to death.

The first instinct of your Democratic congressional leadership is to avoid accomplishing anything during the forthcoming lame duck session, so it looks increasingly like they'll remove the repeal of "don't ask, don't tell" from the bill. Democrats would really like to get the defense bill passed. And minus the gross stuff about gay people serving openly in the armed forces (which a majority of Americans are totally OK with!) the bill should pass without yet another drawn-out legislative battle. (And without an easy political "win" for Democrats, or an opportunity to paint their opponents as bigots who hate the troops.)

The secretary of defense and the chairman of the Joint Chiefs of Staff support repealing the policy, and the military's "review" of repeal -- designed basically to provide political cover for legislators reluctant to cast a vote in favor of gay people -- reportedly finds that most troops are fine with serving with gays and lesbians. John McCain, who used to support repealing the policy, then declared that he just wanted to wait until the Pentagon review was complete, is now just fighting to keep discrimination alive in the military, because he's a bitter old crank.

The White House, to its credit, confirmed yesterday that it would really like Democrats to repeal that horrible policy before the end of the year. Should Congress fail to act, the logical next step would be an executive order ending enforcement of the policy. Whether deliberate, process-respecting Obama would dare end a discriminatory policy by fiat is an open question. But if he doesn't, the policy will just ... remain in place, as a new Congress worries about taxes and repealing Obamacare.