Audiobooks for the people 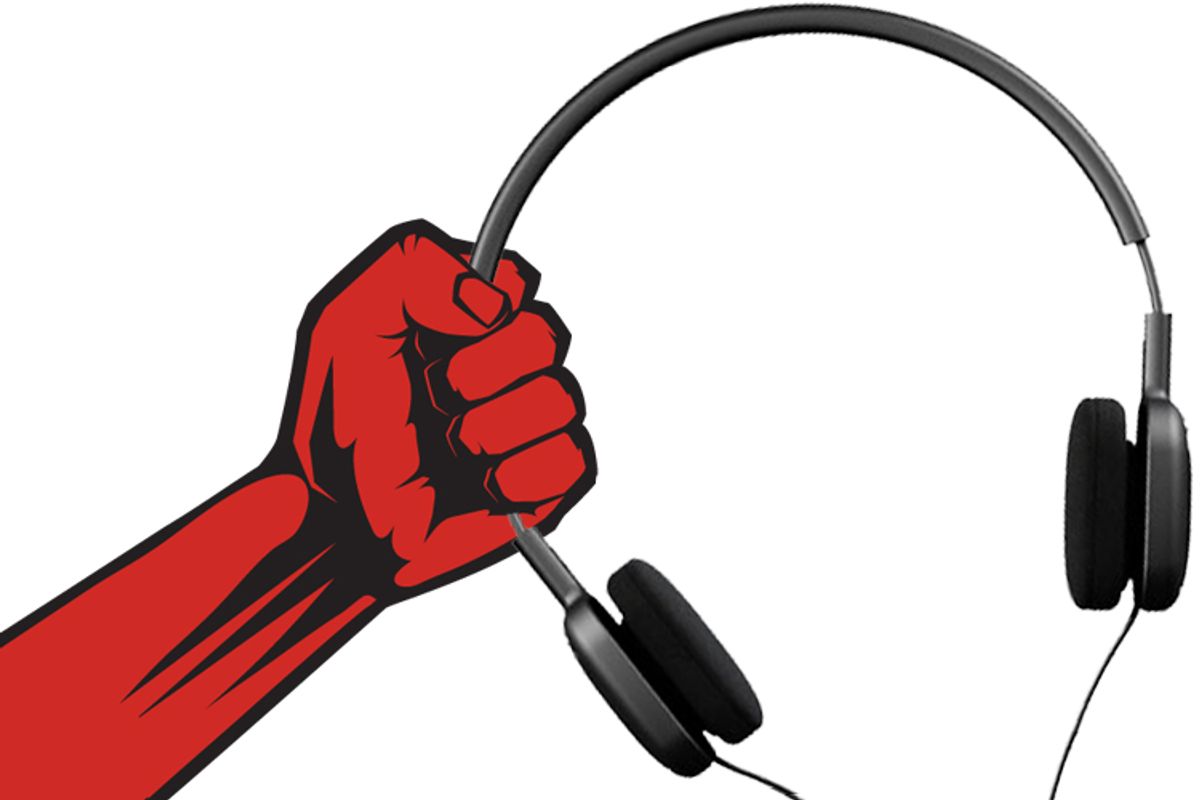 Omnivorous readers who use audiobooks to while away long car trips or laps around the park will eventually bump up against the form's biggest drawback: limited selection. If you like bestsellers, self-help, inspirational books and popular genre fiction, you're in luck. If your tastes are more adventurous, you won't find as many eye-sparing alternatives to print and e-books. (High prices have been a barrier for many potential audiobook readers, but libraries and subscription services like Audible can take some of the bite out of those.)

For the past five years, a nonprofit called Librivox has been giving away MP3 recordings of public-domain books read by volunteer narrators. It's a great service, especially when it comes to obscure older texts. But now that most libraries are lending out professional-quality digital recordings of such classics as "Treasure Island" or "The Great Gatsby," the unevenness of Librivox's performers has become a bigger stumbling block. If you can get "Alice's Adventures in Wonderland" read by Jim Dale (whose narrations of the Harry Potter novels have made him an audiobook superstar) for the same cost as a version in which each chapter is read by a different amateur, which do you think you'd choose?

Librivox's indefatigable founder, Hugh McGuire, however, is not resting on his laurels. Last week he announced the launch of Iambik Audiobooks, a company that sells recordings of select titles by independent small presses for the more-than-reasonable price of $4.99 apiece. (Big new releases on audiobook tend to cost somewhere between $17 to $ 30.) The books are narrated by Librivox's best and most committed volunteers, people whose own literary interests and tastes will play a leading role in selecting which titles Iambik records. Instead of advances or work-for-hire fees, most contributors will be paid via revenue-sharing.

These are relatively new books (unlike the out-of-copyright titles recorded by Librivox) but for the most part not commercial enough to persuade a traditional audiobook publisher to spring for a full-fledged production. Some of these titles could be called experimental, like the stories of legendary writer/editor Gordon Lish; others deal with subjects that might be seen as restricting their appeal, such as Felicia Luna Lemus' "Like Son," about a post-punk Latina living as a man. Others are simply eccentric, like Dustin Long's wacky Nordic romp, "Icelander."

For all its quirkiness, this is an impressive lineup. I've read and can highly recommend a couple of the books on Iambik's inaugural list: "Icelander" and "Oh Pure and Radiant Heart" by the brilliant Lydia Millet. Another, J. Robert Lennon's eerie page-turner, "Castle," I started reading when it first came out, but (for reasons too tedious to go into) wasn't able to finish; I'm grateful for the chance to get back to it and find out what happens. Another, "The Impossibly," is by a writer I've been meaning to check out, Laird Hunt. I've loved early novels by the doyen of downtown fiction, Lynne Tillman, so discovering that I can listen to her latest, "No Lease on Life," read by an especially pleasing Librivox narrator, Karen Savage, is a double delight.

Rigorous curation is the secret weapon here. At 5 bucks a pop (except for the Millet novel, which is 6) -- cheaper than a mass market paperback! -- Iambik does present a great opportunity to sample the crème de la crème of the alternative press, but if the titles on offer fail to impress, the samplers aren't going to be coming back for more. The 11 books Iambik has launched with are not brand-new; for the most part they've had the chance to earn good reviews and win a word-of-mouth following. Above all, they're books the narrators have loved -- enough to spend hours recording them without any guarantee of recompense, perhaps the highest recommendation of all.

Veteran audiobook listeners should bear in mind that not all of Iambik's narrators read with the fluency and nuance of professional actors. (On the other hand, I've shelled out for a few traditionally produced audiobooks whose narrators weren't notably adept, either.) If you adjust your expectations to, say, what you might hear if a good friend offered to read aloud to you, you're less likely to be disappointed. Since with almost all of these titles the alternative is no audiobook at all, and one less opportunity to explore the work of emerging and idiosyncratic authors, I'm more than willing to meet them halfway.