Those aren't e-mails from Keith Olbermann 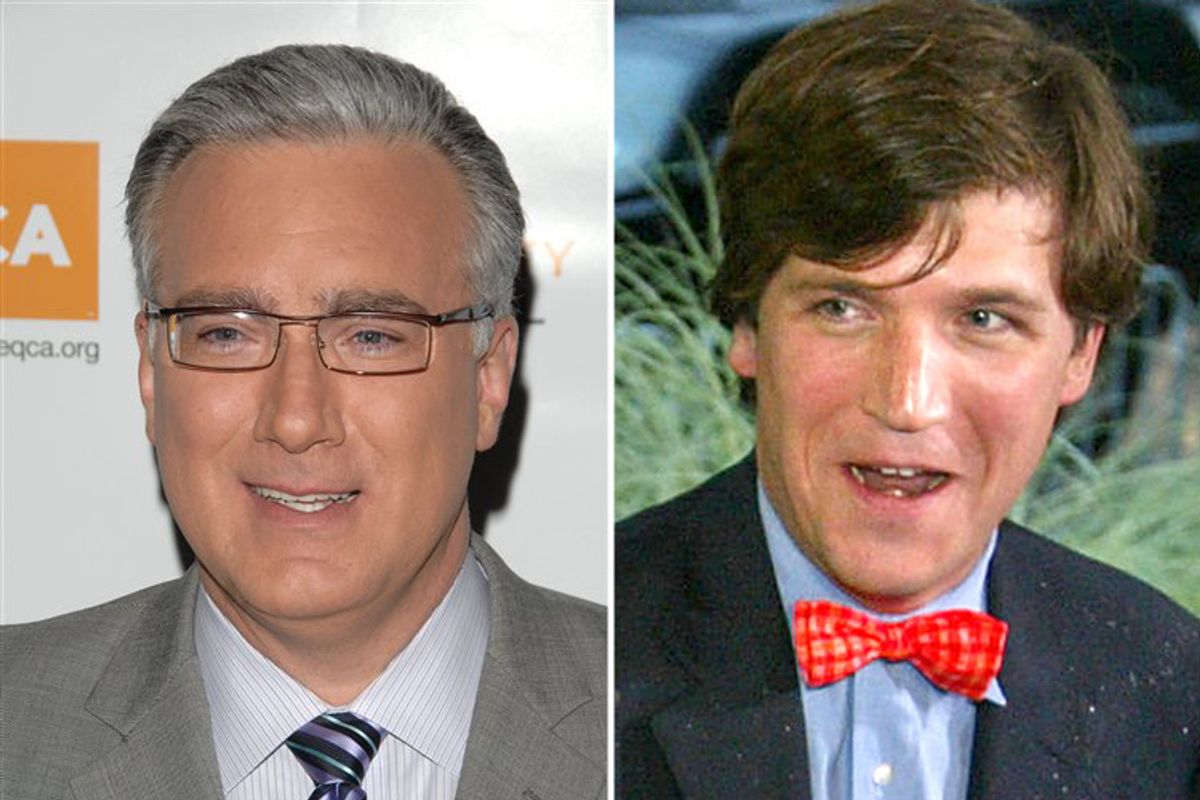 What's this? A juicy e-mail exchange between a Phildelphia newspaper columnist and MSNBC star Keith Olbermann? No, that's not what this is. This is someone having a laugh and a bunch of other people not getting it.

Philly gossip site Phawker published the exchange between Daily News columnist Stu Bykofsky and whomever is currently using the e-mail address keith@keitholbermann.com. Olbermann explained on Twitter that that's not him. That address, as you may remember, belongs to former MSNBC employee and current internet entrepreneur Tucker Carlson.

Way back in June, Carlson bought the domain name KeithOlbermann.com, for a laugh. It was a silly stunt and the entire world promptly forgot about it as soon as there was another Sarah Palin Facebook post to look at. Carlson still owns the URL, which goes to the Olbermann tag page of his adorable little web startup, "The Daily Caller." And at the time of the stunt, Tucker announced that his email address was now "keith@keitholbermann.com."

So when Bykofsky wrote "Olbermann" asking for comment, Carlson or one of his hilarious writers wrote back in a pastiche of Olbermann's "Special Comment" style. ("Pathetic. Indeed, beneath contempt. How dare you pose as the heir to Murrow.") It devolved from there.

The columnist should've known better, and I'm sure the urge to respond to his inquiry "in character" was too strong to resist. The fault here lies less with the Olbermann-impersonator than with the people who didn't take two minutes to Google and learn that that e-mail address belongs to Tucker Carlson. But his apparent willingness to engage in light character assassination by writing back to people "as" Olbermann does make Carlson's dumb stunt a little less defensible. And from what I know of Carlson, he'd throw a huge fit if someone did this to him.

(Phawker has now updated their post to admit their error.)