The perniciousness of Blue Dogs

Debating the effect of corporatist Democrats with MSNBC's Lawrence O'Donnell 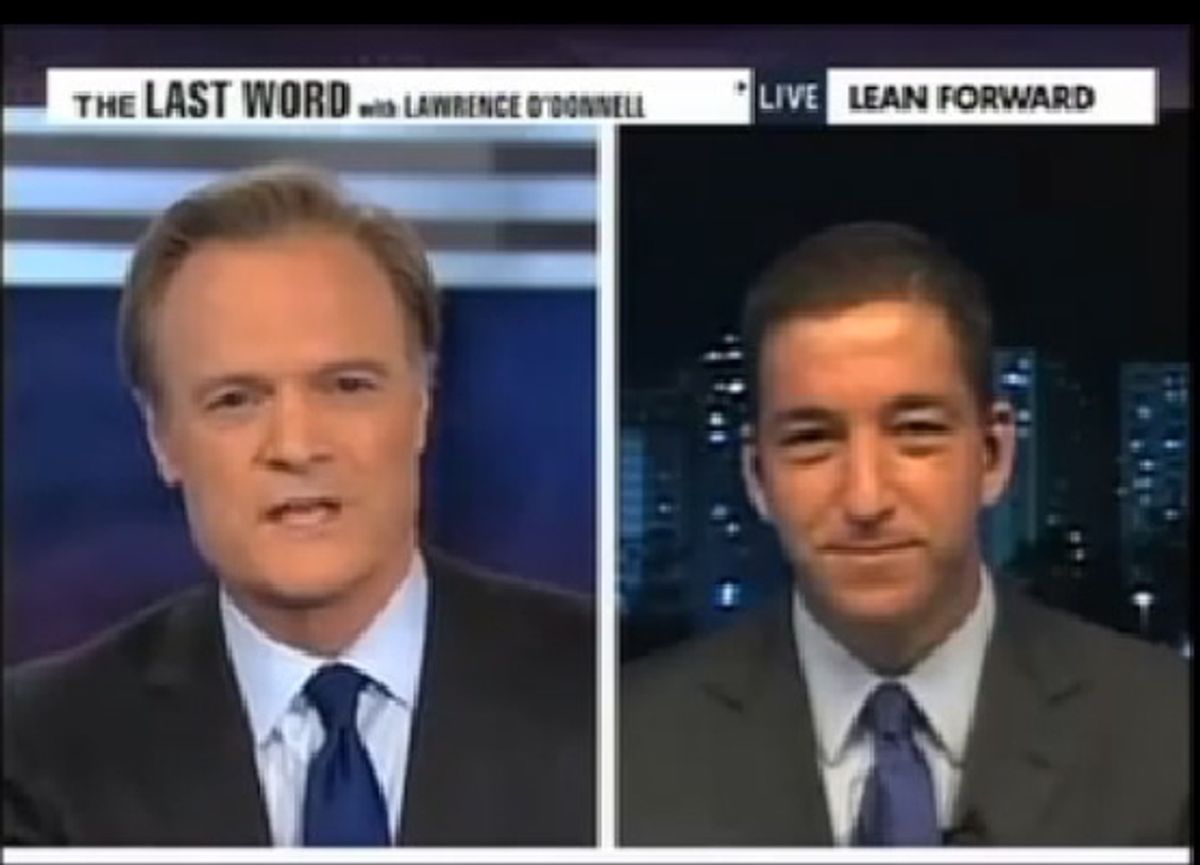 Below is the video of the 12-minute segment I did last night on MSNBC with Lawrence O'Donnell, continuing the debate we began about Blue Dogs last Friday on Morning Joe.  This was a much more civil and therefore more constructive and substantive discussion, which is a good thing.  The topics we discussed are purely political in the narrowest sense of that word -- Why did Democrats lose?  What effect do Blue Dogs have?  What's the real Blue Dogs agenda?  Can Democrats win without them?, etc. -- and are therefore quite limited in scope.  Needless to say, it's my view that the Democratic Party has serious problems and deficiencies far beyond the faction calling itself "Blue Dogs."  When I was in Wisconsin last week, I did a 20-minute radio interview with Progressive Magazine Editor Matthew Rothschild that covered many more topics, and that can be heard here:

UPDATE:  In his daily podcast, Sam Seder has a great analysis of the Blue Dog debate I had with O'Donnell; he specifically focuses on why these issues matter so much.  It begins at roughly 8:30 and goes for about 15 minutes.  It's well worth listening to.

And last week, after I was on Dylan Ratigan's television program, I recorded a 30-minute podcast discussion with him about multiple issues, which can be heard here.  It was entirely unscripted and somewhat stream-of-consciousness and, for that reason and others, I found it interesting.  Due to the book obligations I referenced earlier this week, I likely will not post tomorrow, so these podcasts (including the Progressive one I linked above) will have to substitute for that.

UPDATE II:  Time Magazine is hosting a reader poll which asks who should be selected as Time's Person of the Year, and -- undoubtedly to Time's horror -- Julian Assange is currently leading.  In response to that development, Megan McCain -- who, as an heiress to a beer distribution fortune and daughter of a Senator, has inspirationally overcome enormous challenges and obstacles to compile a list of extremely impressive accomplishments -- spoke at an event at the Time-Life building last night and vehemently opposed Assange's selection.  She condemned the WikiLeaks founder, an Australian citizen, for being "un-American" and a "rogue Swedish guy" -- seriously (I hereby denounce Megan McCain for being un-Peruvian).  She also denounced Assange as a "villain" for this grave and evil crime:  being responsible for a leak that, as she put it, "changed the way Americans view the war."  What a monster.

There are few things less fathomable than Time's provoking the hatred of the political establishment by selecting the Ultimate Satanic Spawn, Julian Assange, as its Person of the Year; Glenn Beck or the Tea Party are the far more likely choices, and the McCain family heiress specifically identified them as her preferences.  Still, having Assange win the reader poll would be beneficial; you can cast your vote here.