Are Tea Party voters stuffing the "Dancing With the Stars" ballot boxes? And is that such a bad thing? 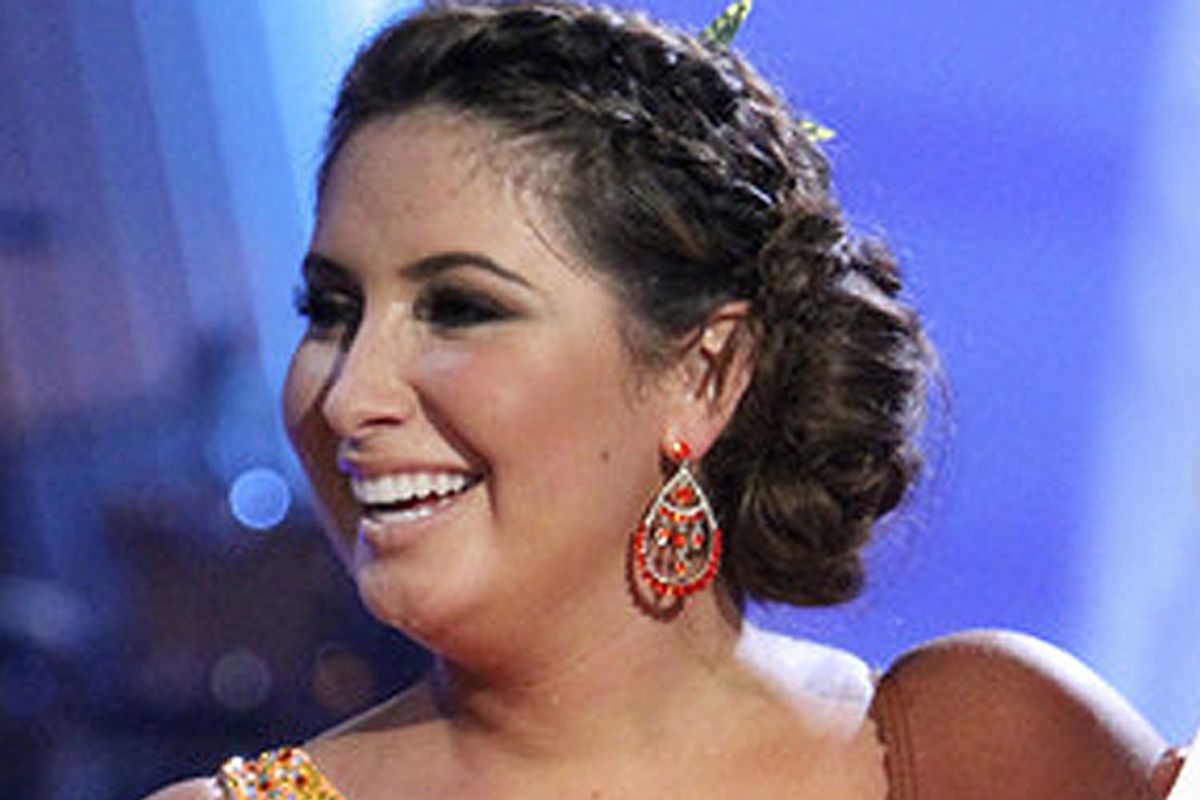 Bristol Palin on "Dancing With the Stars"
--

The elections may be over, but the political battle for America's soul continues to rage -- on the dance floor. As Jimmy Kimmel observed to newly eliminated prime-time hoofers Kurt Warner and Anna Trebunskaya on Tuesday night, "There's something weird going on with 'Dancing With the Stars.' Is there a Tea Party conspiracy?"

Kimmel was referring, of course, to the juggernaut known as Miss Bristol Palin, America's unlikeliest dancing queen. And while his paranoia-stoking remarks drew laughs, they weren't far from the truth. Palin, the rhythm-challenged, occasionally gorilla-suited "teen advocate" has arrived dead last on "DWTS" the past two weeks, yet keeps coming back for more like Freddy Krueger in cha-cha heels. How can she keep bombing out and still remain to samba another day? Because the judges' scores only count for part of the story. The viewer votes constitute the other part, and it's the couple with the lowest combined score that gets the neatly choreographed boot.

So it's unsurprising that Kimmel's observation that "It isn't necessarily about the dancing, as we have now witnessed six weeks in a row" was echoed last week when the show's executive producer Conrad Green told Bloomberg News, "There’s a strong popular movement behind Sarah Palin at the moment and she’s receiving a lot of support from the Tea Party. It’s entirely possible some of those people are behind Bristol for political reasons." First, they went after healthcare reform; now they've got Brandy in the crosshairs.

Yet before we cry j'accuse at the Tea Party for messing with the sacred integrity of the "DWTS" process, let's reach back and remember just a few weeks ago, when "You go girl" sentiment was running high for another outspoken woman not best known for her smooth moves -- Margaret Cho. Cho, in her brief time on "DWTS," was an audience favorite for her gutsy, funny persona and support of gay rights. But did anybody really vote for her because she can dance? Because she can't. Could it be that a contestant's survival on a televised competition show might not based purely on artistic merit? After all, if we can find political favoritism among Olympic figure skating judges, why wouldn't it exist among America's couch potatoes?

The idea that a bunch of tax-hating, Rush Limbaugh-listening conservatives would actually go to the trouble of gaming the system -- and the anger over said shenanigans -- is a spectacle more entertaining than a barrel of Tom Bergerons. TV Guide's Bruce Fretts has been jeering Palin since the start of the season, grousing most recently that it's time for her to "finally be sent packin'," and  CBS News darkly pondered whether "the Tea Party is behind Palin's 'DWTS' success" last week.

Yet the lady at the center of it all, a single mother who just turned 20 in October and forgot to vote in the last election, does not seem to have much of an agenda beyond not falling on her face. She told E! earlier this month, "I think lots of people see themselves in me because I'm pretty untouched when it comes to celebrity status. I'm pretty raw and vulnerable when it comes to this whole thing. I'm just having fun and people see that." And she's right; what she lacks in polish she compensates for in a youthfully guileless, self-mocking enthusiasm. She shimmied to "Mama Told Me Not to Come." She wore a gorilla suit and a tutu, for God's sake. This is the same girl who's raising a son, who's had an excruciatingly public on again-off again relationship with her baby daddy, who has in recent weeks endured a horrifying amount of tabloid jibes about going on a grueling, physically competitive program and gaining weight.

And still she keeps putting herself out there, week after week, quite possibly being truthful when she says she's enjoying herself. If your mother were Sarah Palin, you'd have earned the right to shake like a Polaroid too. Sure, maybe her strange ascent on "DWTS" is an evil conservative conspiracy, a warning to the Jennifer Greys of the world to watch their backs. Or maybe it's just that, more than anyone else on the show right now -- more than a whole lot of public figures in general, come to the think of it -- the awkward, flawed, but eminently cheerful Bristol Palin represents something sunny and authentic with every obviously effort-filled step.

She may not be much a dancer, but she keeps at it anyway. And that takes true grace.