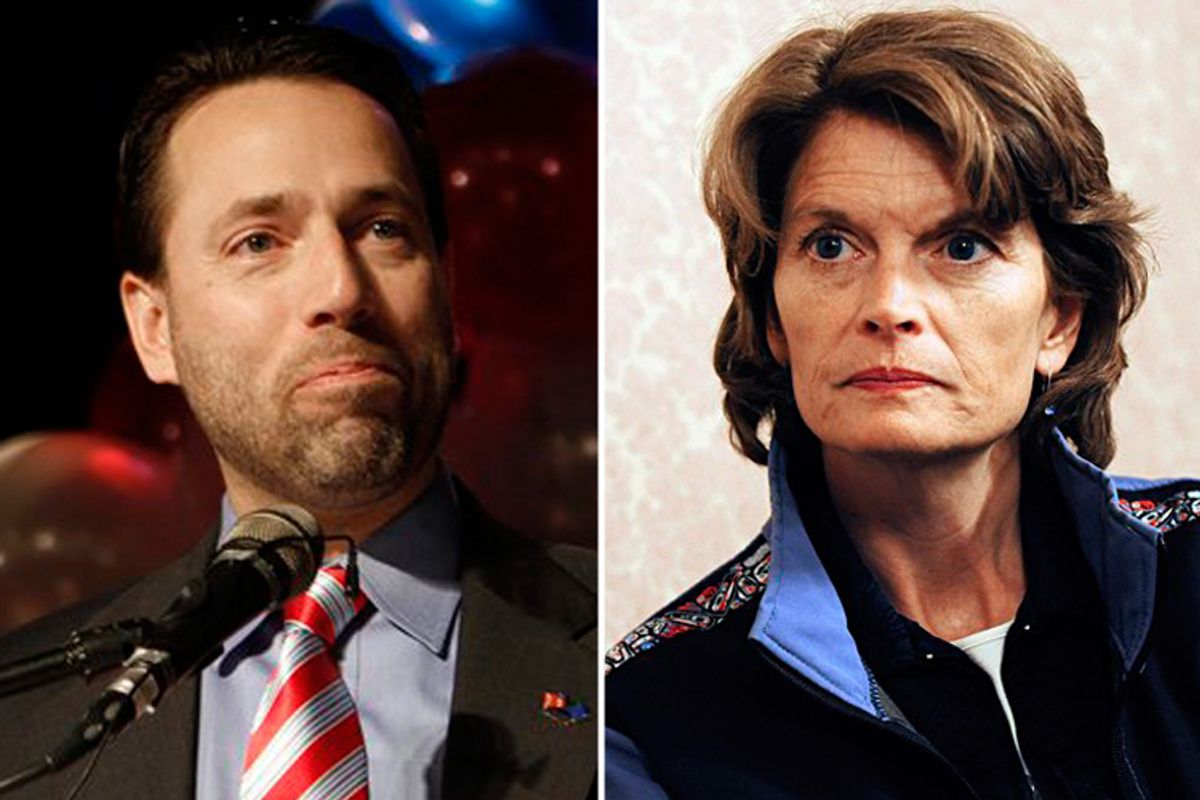 It's not an American election without a lawsuit to challenge a recount. Joe Miller is now exercising his right as a losing American candidate to get as many legitimate votes as possible thrown out. The Miller campaign says that write-in votes for Lisa Murkowski that misspell "Murkowski" should be called "protest votes" and hence disregarded.

Prior to the election, people commented on radio stations and in the comment sections in blogs and newspaper stories that they would deliberately incorrectly write-in a variation of “Murkowski” as a protest. They did so knowing that Murkowski was spending hundreds of thousands of dollars on a “spelling bee” campaign, replete with wrist bands, pencils and tattoos, all to educate the voters on proper spelling. Why was this done? Because even Murkowski had read the law and knew that it required proper spelling — “No exceptions.”

This, uh, will probably not lead to a Miller victory. But as Adam Serwer notes, Miller's lawyers cited Bush v. Gore.

Now, among many other weird claims made in that decision was the assertion that it should never be cited, because it was a one-time deal that was too specific to those circumstances to become precedent. But Miller's lawyers are using it as part of a slightly better legal argument against counting misspelled votes: "The Supreme Court has held, however, that a policy directing election officials simply to ascertain the "intent of the voter" in deciding whether, or how to count ballots is "unobjectionable...as a starting principle, but is not constitutionally sufficient."

Joe Miller is currently using some questionable math to convince the faithful that he actually has a shot at legitimately winning this thing. But even if 8% of write-ins are tossed -- which is his hopeful estimate -- he'll still be behind Murkowski in the totals. Unless more than 10% of Murkowski voters spelled it "Millerski."