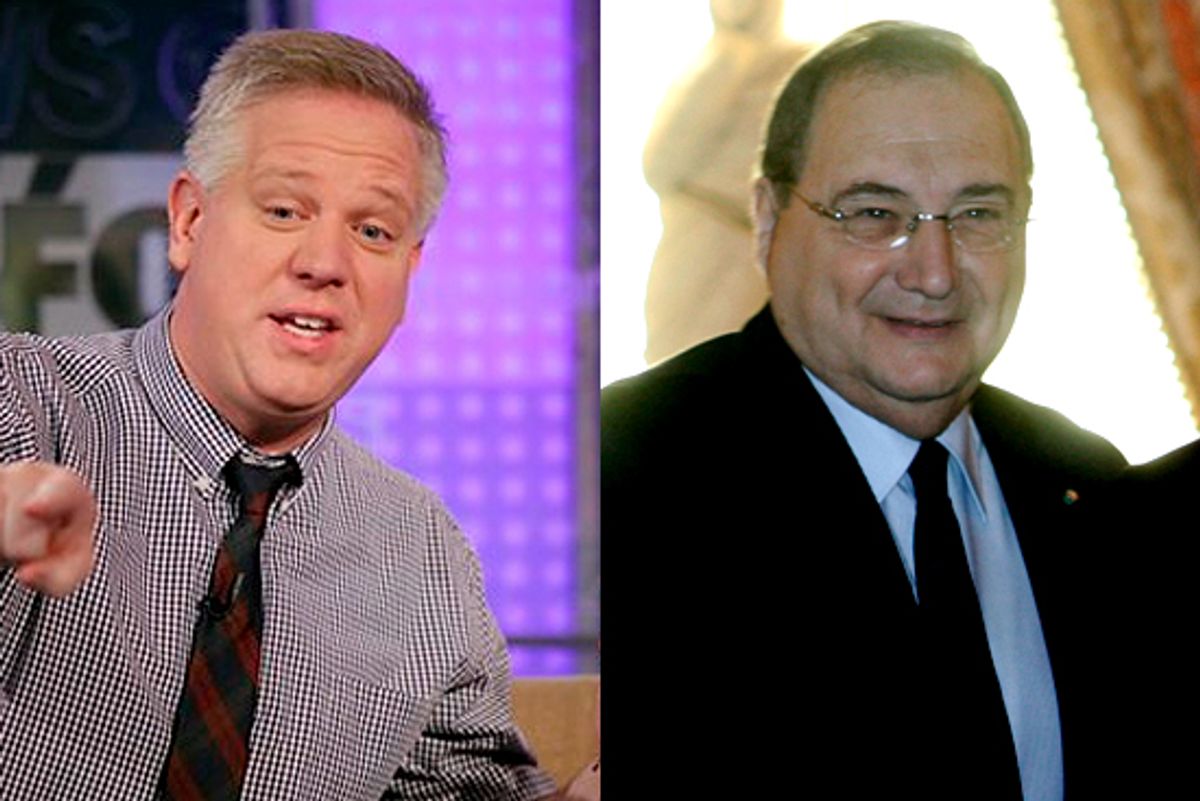 Soros survived the Holocaust by posing as a Christian in his birth country of Hungary, where, as a teenager, he accompanied his godfather, an official in Hungary's Ministry of Agriculture, while he was confiscating Jewish property.

Foxman called Beck's remark, made on his radio show Wednesday, "completely inappropriate, offensive and over the top."

Beck has been attacking Soros all week as part of a series called "The Puppet Master?" which has blamed Soros personally for most of the world's problems in the past half-century. Writing in the Daily Beast, Michelle Goldberg called Beck's Soros documentary "a symphony of anti-Semitic dog-whistles."

Foxman is conspicuously silent on the whole of Beck's show. And Foxman is careful to mention his own disagreement with Soros on many issues (read: Israel).

New York, NY, November 11, 2010 … The Anti-Defamation League (ADL) today criticized as “completely inappropriate and offensive” remarks by Glenn Beck on his radio and television programs, in which he inaccurately connected George Soros, who was then a young boy, to the actions of others in sending Jews to death camps during the Holocaust.

On his October 10 radio show, Beck described how Soros, who was born in Hungary to Orthodox Jewish parents, “used to go around with this anti-Semite and deliver papers to the Jews and confiscate their property and then ship them off. And George Soros was part of it. He would help confiscate the stuff. It was frightening. Here’s a Jewish boy helping send the Jews to the death camps.”

Glenn Beck’s description of George Soros’ actions during the Holocaust is completely inappropriate, offensive and over the top. For a political commentator or entertainer to have the audacity to say – inaccurately – that there’s a Jewish boy sending Jews to death camps, as part of a broader assault on Mr. Soros, that’s horrific.

While I, too, may disagree with many of Soros’ views and analysis on the issues, to bring in this kind of innuendo about his past is unacceptable. To hold a young boy responsible for what was going on around him during the Holocaust as part of a larger effort to denigrate the man is repugnant.

The Holocaust was a horrific time, and many people had to make excruciating choices to ensure their survival. George Soros has been forthright about his childhood experiences and his family’s history, and there the matter should rest.