The senator's wife says lawmakers who back "don't ask, don't tell" -- like her husband -- cause teen suicides 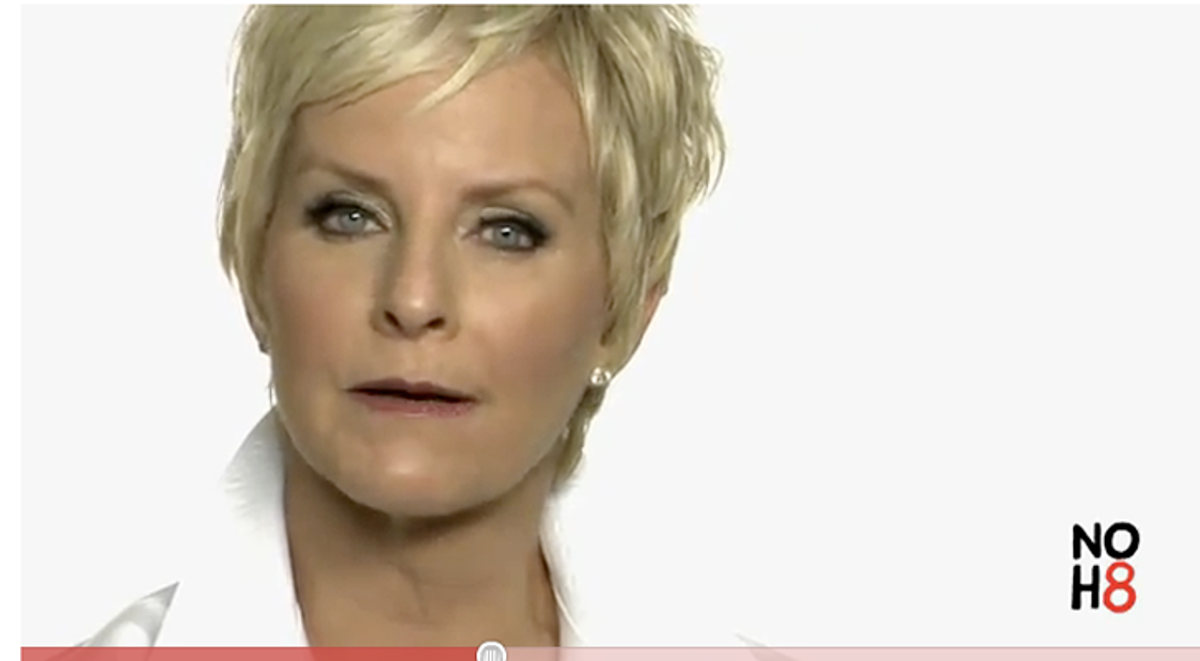 Cindy McCain joined her godless Hollyweird friends to film a PSA in support of LGBT youth on behalf of the pro-gay marriage NOH8 Campaign. It's not news that McCain, the wife of cantankerous Sen. John McCain, supports gay marriage. But the lines she delivers in the ad seem to be an indirect shot at a certain Republican lawmaker.

After uncontroversial calls to end bullying (no one likes bullying!), McCain makes a much more politically sensitive argument:

"Our political and religious leaders tell LGBT youth that they have no future," she says. After other famous people explain that gay and lesbian people can't get married or give blood, McCain says: "They can't serve our country openly." The ad goes on to argue that bullies take their cues from anti-gay lawmakers. "Our government treats the LGBT community as second-class citizens," McCain says. "Why shouldn't they?"

So, in other words, lawmakers who do things like oppose the repeal of "don't ask, don't tell" and fight against marriage equality are responsible for bullying of gay youths, which makes them responsible for LGBT suicides.

Sen. John McCain -- who is opposed to gay marriage -- is currently furiously fighting the repeal of "don't ask, don't tell."

If John McCain ever actually went to Arizona when he's not seeking reelection, I can imagine this would lead to an awkward dinner.

(As Ta-Nehisi Coates mentions, it's actually much more interesting -- and admirable -- to see NFLer Antonio Cromartie participate in a pro-LGBT rights campaign.)