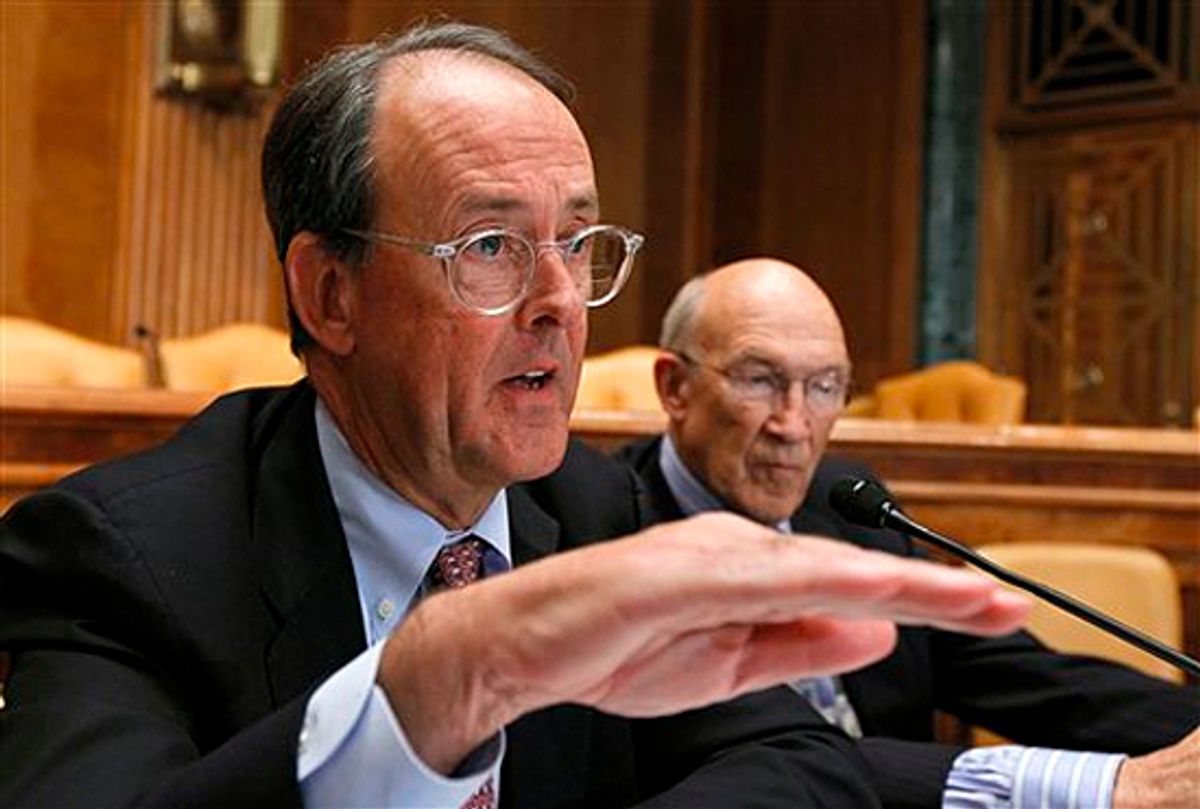 The Democratic co-chairman of a deficit-reduction panel convened by the White House said that the blueprint he unveiled Wednesday was the product of lengthy discussions with Republicans, and he appeared to question past efforts by the administration to engage with the GOP on fiscal matters.

"I told people in the White House I had spent more time listening to people in the opposition party than they had done as a whole group," said Erskine Bowles, in an interview the day after he and Republican co-chairman Alan K. Simpson released a proposal for deep spending cuts and broad tax changes touching almost every aspect of the federal budget.

There are many reasons to criticize Obama, but not paying enough attention to Republican concerns isn't one of them. The White House has gone to great lengths to accommodate Republicans. That's why about 40 percent of the stimulus consisted of tax cuts. That's a big reason why the public option was never even on the table for healthcare reform. That's why the debt commission was formed in the first place!

In response to Obama's overtures, Republicans in both the House and Senate decided that their best political option was to oppose everything. Obama would probably be a lot better off politically if he'd taken the same unequivocal stance towards the GOP from Day One.

In other deficit commission related reading, Felix Salmon takes a look at how rejiggering the tax code will affect the wealthy (hint, they're likely to do quite well), and Stan Collender breaks down how the plan doesn't add up.