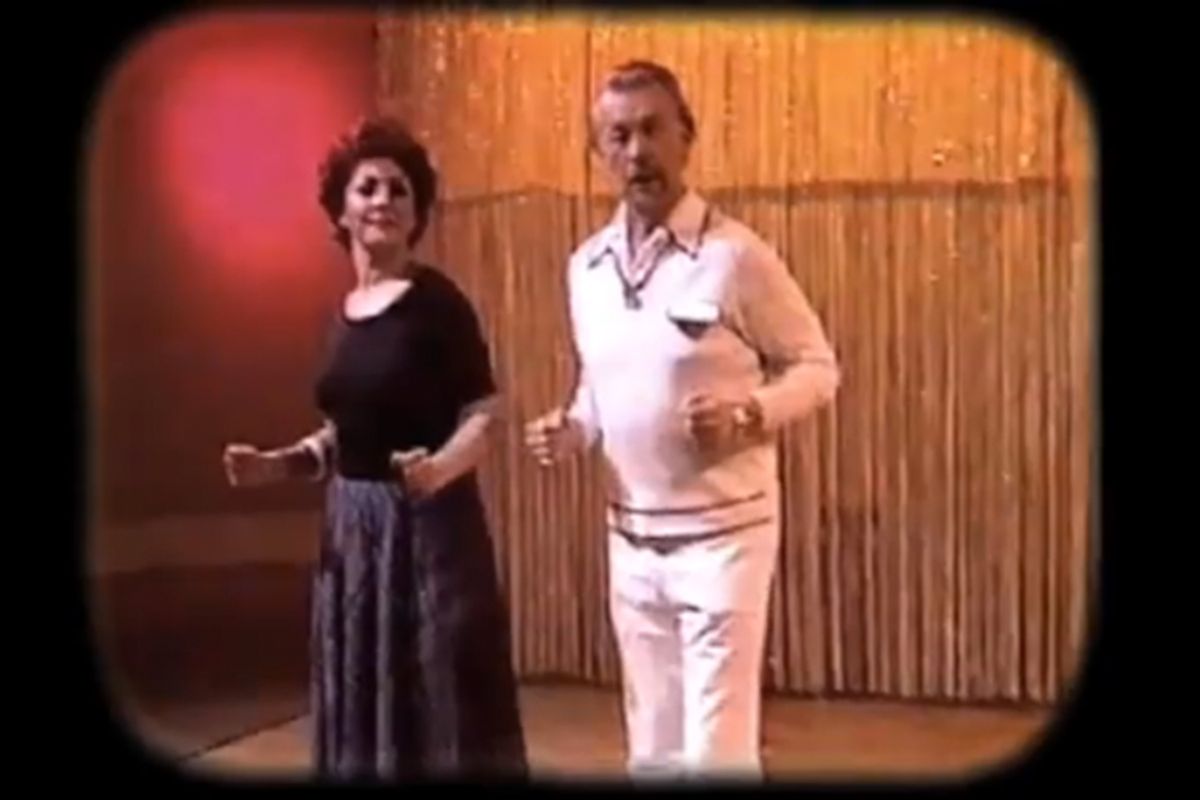 A still from "Disco and Atomic War"
--

You won't see another documentary all year long that packs quite the same combination of pure fun and eye-opening information as "Disco and Atomic War," a strange and delightful work of historical collage from Estonian filmmaker Jaak Kilmi. No, I know -- I can feel you slipping into a coma out there: O'Hehir is trying to convince me to watch an Estonian documentary! But hang on a second while I fling a pitcher of ice water in your face and explain that this particular Estonian documentary features David Hasselhoff (in his classic "Knight Rider" phase) and dueling Finnish- and Soviet-made instructional videos about disco dancing. And you have not lived, my friends, until you have seen a bunch of 50ish Finnish people in mid-'70s leisure wear completely giving up the funk.

Composed in roughly equal parts of interviews, dryly amusing re-creations of real events and an extraordinary amount of archival footage, "Disco and Atomic War" portrays an unlikely front in the Cold War, little noticed at the time. Or at least little noticed in the West; Kilmi presents evidence that the KGB was well aware that the pop-culture frontier between Finland and Estonia was gnawing a crucial hole in the Iron Curtain. There were other places in the Eastern bloc where citizens sometimes encountered Western media, of course. But listening to West German radio on the east side of the Wall was a dangerous and clandestine affair, whereas Finnish television poured into homes in Soviet-occupied Estonia virtually unrestricted.

As the film documents, there was a thriving industry in adapters and antennae that allowed Soviet-made TVs in Tallinn, the Estonian capital, to pull in the signals from Helsinki, 50 miles north across the Gulf of Finland. No doubt it helped that Estonia was a cultural backwater (from the Russian point of view) and at best a reluctant component of the Evil Empire. Furthermore, Finnish and Estonian are closely related languages understood by pretty much no one else. (Which didn't stop Finnish broadcasters from running faux-Soviet comedy sketches with stodgy announcers speaking mock-Estonian gobbledygook.)

Even if it didn't have a significant historical wow factor, "Disco and Atomic War" would stand as a wonderful work of Baltic deadpan humor, in the long and honorable tradition of small countries and minority cultures making fun of themselves so the outside world won't have to. But Kilmi builds a pretty persuasive case that when Estonians started to watch episodes of "Dallas" and commercials for Helsinki supermarkets -- where you could buy actual steak -- a fateful Rubicon was crossed, and there was pretty much nothing the Soviets could do about it. Samizdat videotapes of Finnish broadcasts, dubbed or subtitled into Russian, circulated throughout the Soviet Union; collective farms wrote letters to Moscow announcing that they had met their soybean quota for socialism and now they wanted to know who had shot J.R.

Now, just to be clear, the Soviet Union's collapse was social and institutional and economic. It was a long time coming, and it wasn't caused by a Finnish-dubbed David Hasselhoff any more than it was by Ronald Reagan. "Disco and Atomic War" is a droll Estonian fable disguised as a history lesson, and vice versa. It's an ingenious and masterful film, so funny and so heartbreaking it may leave you giggling and crying by turns, and it reminds us that pop culture, even at its most venal and idiotic -- perhaps especially then -- is the gooey, delicious sauce that comes on top of Freedom fries.

"Disco and Atomic War" is now playing at Cinema Village in New York, and opens Nov. 26 at the Laemmle Sunset 5 in Los Angeles, with more cities to follow.