The end of the line for Holy Joe? 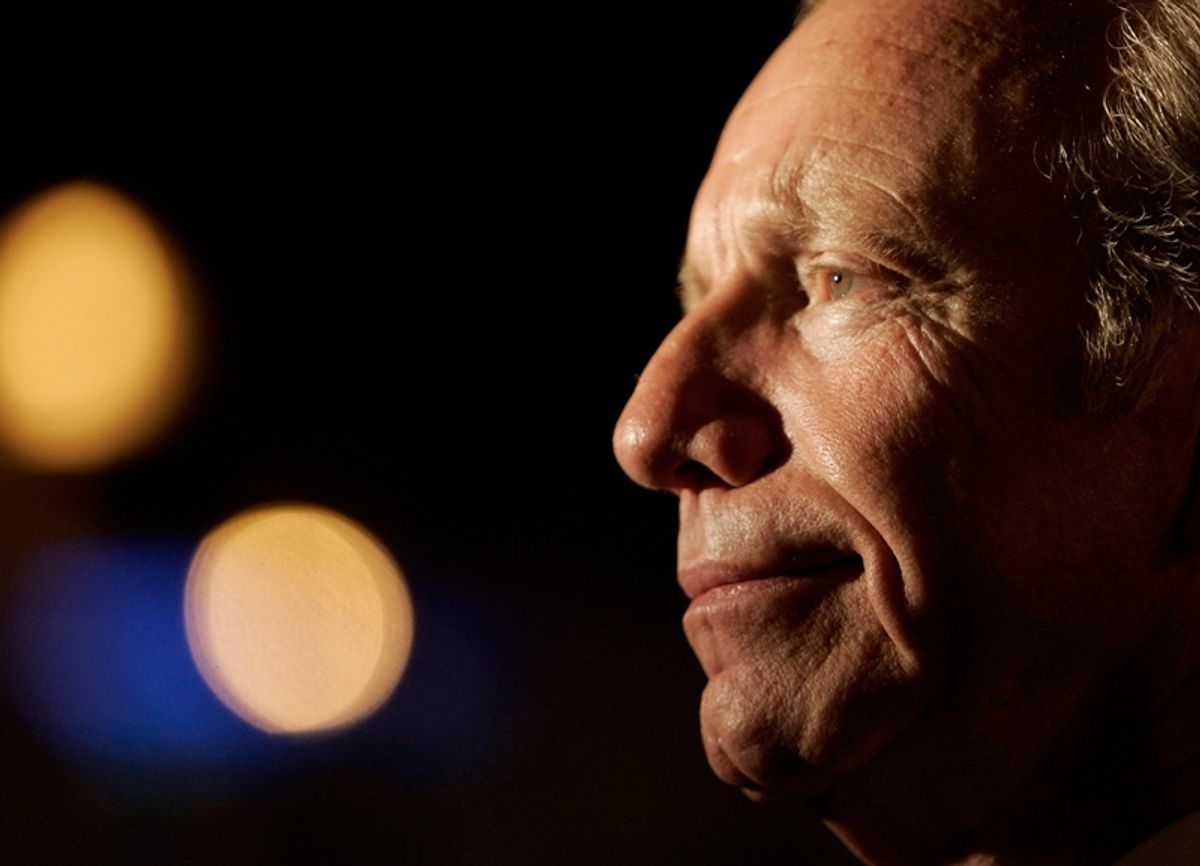 As voters across the country trooped to the polls last week, it was possible that Joe Lieberman would end up as the most powerful man in Washington. Had they ended up with 50 Senate seats, Republicans would now be offering obscene enticements to Connecticut's "independent Democrat," just as Harry Reid (and probably the White House) would be scrambling to keep him in the fold.

But thanks to Christine O'Donnell, Sharron Angle and Ken Buck, the GOP fell three seats shy of 50, causing the value of Lieberman's stock to plummet. After the 2006 election, when he lost the Democratic primary only to win as an independent in November, Lieberman's decision to caucus with Democrats gave the party 51 seats and control of the chamber. After 2008, he helped them reach -- however briefly -- the magic 60-seat mark. But after last week's results, he represents what for Democrats is a completely inconsequential 53rd vote. And after the next election, in 2012, Lieberman might not be in the Senate at all.

Sure, Lieberman is -- for now -- giving every indication that he plans to seek a fifth term when his seat is up in two years, and because of his independent status, there are several different strategies that he could try in pursuit of reelection. But, at least from this vantage point, every approach seems likely to lead to the same place: defeat.

Start with Lieberman's relationship with the Democratic Party, which he votes with more than 90 percent of the time in the Senate. He provided critical support for the stimulus last year and for healthcare reform this year, and he's a strong supporter of, among many other liberal initiatives, cap-and-trade and an end to "don't ask, don't tell." To party leaders and the White House, this has made Lieberman valuable enough to make them look the other way whenever he's attacked them in public. But to the party's rank-and-file, both nationally and in Connecticut, this hasn't bought him an ounce of goodwill. That's what embracing the Bush administration's Iraq spin in 2005 and 2006 and John McCain in 2008 will do.

This makes it highly, highly unlikely that Lieberman will seek the Democratic nomination in 2012 -- and essentially impossible that he'd win it if he tried. Had he devoted himself after his 2006 reelection to restoring his standing within the party, he might now be in position to run for a fifth term as a Democrat. But that's not the approach he's taken. This also means an informal alliance is out of the question, one that would allow Lieberman to keep his independent status while running with the de facto support of the Democratic Party (the sort of deal Bernie Sanders had with Vermont's Democrats in '06).

There are plenty of credible, ambitious Democrats in Connecticut who will be interested in running for Lieberman's seat in '12. This will not be a repeat of '06, when establishment Democrats stuck with Lieberman in the primary, forcing grass-roots activists to recruit an unknown businessman named Ned Lamont into the race. Chris Murphy, who was just reelected to his third term in the House from a Waterbury-area district, is one of the most frequently mentioned Democratic prospects for '12. Rep. Rosa DeLauro and Secretary of State Susan Bysiewicz could also be in the mix. One thing is clear: Democrats will nominate a strong candidate who will have the backing of the state and national party organizations -- and it won't be Joe Lieberman.

Lieberman's next option, then, would be to strike some kind of deal with Republicans.

In theory, he could announce that he's giving up his independent status and switching to the GOP, handing Republicans a symbolically important (but practically meaningless) extra Senate seat. Then, he could start voting like a Republican in the Senate and the party establishment would back him in 2012. The problem with this scenario, though, is that Lieberman would almost certainly be challenged in a GOP primary -- and would lose. Arlen Specter's experience in Pennsylvania this year is instructive; Democratic primary voters aren't nearly as ideologically cohesive as Republicans, but Specter's GOP past (even though he was a moderate Republican) was too much for them and they rejected him in their primary. That doesn't bode well for Lieberman's chances in a Republican primary. His stands on abortion and gay rights and his vote for "ObamaCare," to pick just a few weak spots, would all doom him.

But maybe he could avoid the primary and run as the GOP's unofficial candidate -- sort of like he did in the fall of 2006? Again, this is hard to see. Lieberman's biggest break in '06 was the refusal of any credible Republicans to run for the Senate. Big-name Republicans stayed out because it wasn't until shortly before the Democratic primary that anyone realized Lieberman was in trouble. Before then, the idea of filing to run as a Republican for Lieberman's seat was seen as an act of political suicide -- especially since '06 was shaping up as an anti-GOP year nationally. Thus, Alan Schlesinger, an obscure, underfunded gadfly ex-state legislator, was able to claim the GOP nod -- which gave the entire GOP establishment cover to abandon him as soon as the primary was over and to endorse Lieberman.

This won't happen in '12, though, with Republicans entering the cycle well aware that Lieberman's seat is in play. Party leaders are already pledging to field a serious nominee in the fall, and at least one credible candidate is almost certain to step forward. The most obvious contender would be Tom Foley, the businessman who narrowly lost last week's gubernatorial race -- and whose gracious concession a few days ago has prompted talk that he's already thinking ahead to the next election. Others, like ex-Reps. Chris Shays or Rob Simmons, might emerge. A real Republican candidate will attract far more support than Schlesinger received in '06 -- and just about all of the extra votes will come from Lieberman's hide.

The final option for Lieberman is the one he's most likely to pursue if he runs: skip the deal-making altogether, let each party nominate a real candidate, and run as a "true" independent. But the odds of success would be prohibitively long. Lieberman's approval rating, according to an October Public Policy Polling poll, now sits at 31 percent and his image isn't likely to improve much over the next two years. With both major parties fielding strong candidates, there just won't be much room for Lieberman. If his popularity were higher, victory in a true three-way race would be possible. But for some time now, Connecticut voters have been telling pollsters that they're tired of their junior senator.

Either Lieberman knows all of this now or he'll figure it out by the time '12 rolls around. It may not matter to him either; he may like the idea of ending his career as a self-styled martyr. But the most plausible scenario for Joe Lieberman in 2012, the more you look at things, may just be that he walks away. For good.