"Tiny Furniture": A rising star dares to make herself ugly

Pick of the Week: In "Tiny Furniture," Lena Dunham makes us squirm and laugh at post-collegiate angst 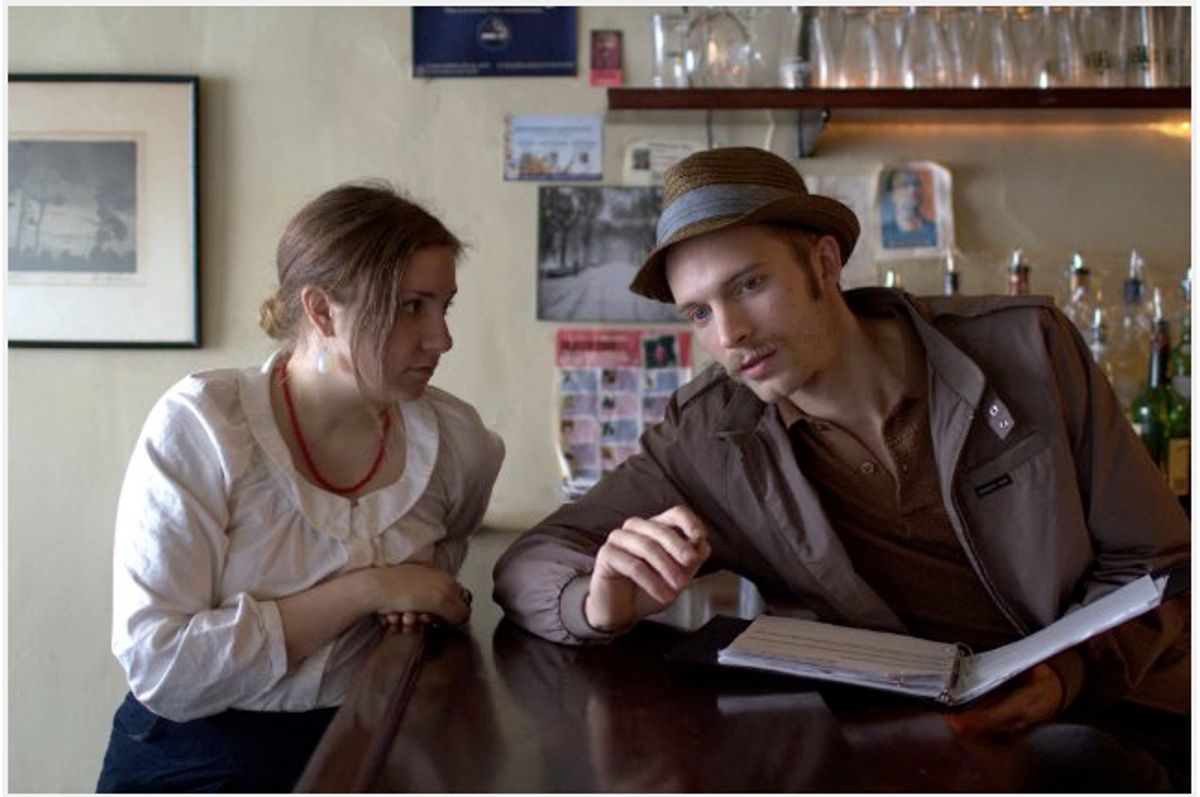 Here's some breaking news for you: No matter how much we claim to have changed the rules of the game in male-female relations, young women are consistently rewarded for being attractive and highlighting their sexuality. Mind you, some things really are different in our Oprah-tized, confessional, post-feminist cultural landscape. Once upon a time, women who led active and pleasurable sex lives were in danger of being called sluts if they talked about it openly, and they had to be French novelists or members of Andy Warhol's inner circle to get away with memoirs of their sexual derring-do.

These days, first-person accounts of female misbehavior are virtually a literary genre of their own, as well as a staple ingredient in women's magazines. Erica Jong's granddaughters seem to number in the thousands, and they hew to a quasi-Augustinian formula: a super-hot author's photo, loads of explicit detail, expressions of ritual regret. No one even pretends that the whole enterprise isn't simultaneously prurient and moralistic, the interwoven yin and yang of our culture since Puritan times. Amid this cattle call of raven-tressed babes in riding boots, it's easy to forget that not every American female in her early 20s is a precocious and self-possessed sexual adventuress. That's where Lena Dunham comes in.

Dunham is the 24-year-old writer, director and lead actress of "Tiny Furniture," but whatever else you might say about the movie, it isn't much of a vanity exercise. Dunham's character, Aura, is a socially and sexually awkward young woman, who's just home from college in Ohio and feels out of step with the culture of hotness and hipness surrounding her artist mom's downtown Manhattan apartment. She's recently been dumped by a hippie boyfriend who moved to a Colorado commune instead of coming east with her; she has no specific goals or ambitions. Even when Aura gets dressed up to go out, it feels effortful and not entirely successful; she's got mousy brown hair, a bit of baby fat around her middle and a propensity to select unflattering outfits.

"Tiny Furniture" is precisely one of those low-budget, naturalistic dramas that the poisonous term "mumblecore" is meant to describe. I bring that term up to get it out of the way, after the fashion of sympathetic magic, because this movie clearly deserves a larger audience than the insular, ultra-indie SXSW crowd. This is a quirky little comedy, not a film that will change your view of reality or anything, but it's funny, wrenching and sharply observed, with a dispassion that suggests a real artist is at work. It isn't just that Dunham is willing to put herself on-screen in wedgie underwear, looking sweaty and unkempt (although I'm not sure how many other young filmmakers would do that). It's also that she seems supremely unimpressed by her own generation, and sees its intense self-regard as an endlessly renewable aspect of youth, not a unique product of the early 21st century.

When Aura meets a guy from Chicago called Jed (Alex Karpovsky), who has accrued a little YouTube celebrity for riding a rocking horse while spouting pseudo-Nietzschean platitudes, she's immediately smitten, or anyway she wants to be. "He's kind of famous," a friend of hers coos. "In an Internet sort of way." But as it will take Aura much too long to figure out, there's nothing new-media about Jed's M.O. For all his talk about impending HBO deals, he's a deadbeat and a leech, eager to crash in her mom's loft and raid the fridge, but totally uninterested in Aura either as a lover or a human being. Between him and Keith, the odious hipster chef, Aura's a walking seminar in "smart women, foolish choices."

"Tiny Furniture" has gotten a surprising amount of advance publicity for what might be considered the wrong reasons. I saw the film first without knowing that Lena Dunham's real-life mother and sister, Laurie Simmons and Grace Dunham, play Aura's mother and sister -- and I was probably better off. Simmons really is a well-known New York artist (whose miniature-based work partly inspired the film's title) and Grace Dunham is both an award-winning teenage poet and a model who has appeared in Teen Vogue. (Carroll Dunham, Lena and Grace's father, is also an artist but does not appear in the film.) In this regard Dunham may be following the example of Azazel Jacobs, who used his parents as characters and their cluttered SoHo loft as the setting for his odd and powerful "Momma's Man."

No doubt this background of Manhattan privilege and connections made it easier for Lena Dunham to launch her film career (and to receive a full-length profile in the New Yorker). If you want to decide that they're obnoxious, sight unseen, that's your prerogative. But the relevant question is what Dunham does with her advantages, and what I see on-screen is a portrait of a prickly, distinctive family that's largely devoid of flattery. I get the impression that "Tiny Furniture" is at least somewhat autobiographical, but that's entirely normal and I don't especially care. Overly tranquil Siri (Simmons) and hyper-successful teenage Nadine (Grace Dunham) may be based on the people who play them, but as we meet them here they are fully realized comic characters, too absorbed in their own dramas to notice that Aura is melting into a puddle of insecurity and despair.

Above and beyond the meta-drama of Dunham's family -- who are not nearly famous enough to generate any box-office returns on their own -- "Tiny Furniture" acutely captures that state of post-collegiate anxiety common to so many middle-class young people, when you're supposed to come out of your chrysalis but don't know how. Jody Lee Lipes' camerawork is intimate but never gets in the way (no intrusive ShakyCam here) and Dunham smoothly blends a cast of young pros and non-actors, with her own understated performance at the center. Whatever Aura decides to be when she grows up, her creator is already a fearless comic actress and a promising young director.

"Tiny Furniture" is now playing in New York and opens Nov. 26 in Los Angeles, with more cities to follow. It's also available on-demand from IFC In Theaters, via many cable and satellite providers, beginning Nov. 26.